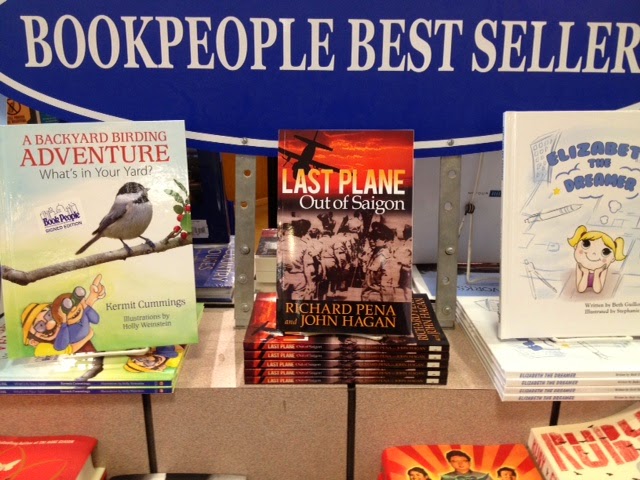 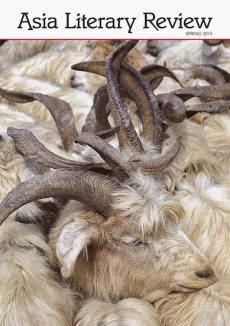 The Asia Literary Review is an independent quarterly literary magazine publishing the best contemporary writing from and about Asia, in English and in translation. Names and details here.
No comments:

We will be hearing all manner of opinion about the particulars of the recently brokered deal with Iran. In the midst of them, we should remember that behind the nuances of current strategy lies an important philosophical question that has hounded political theorists for a long time: that is the relationship between "might" and "right" and what may happen when allegedly less evolved civilizations gain access to technology that allows them to threaten other nations.

Among the philosophers who have dealt with this question, Giambattista Vico (1668-1744) deserves particular attention. Vico's life was a case-study in perseverance. His day-to-day existence was full of trials. He fell off a ladder in his youth and had severe learning problems. Bookish and serious, he studied law, Latin, and rhetoric. At various points in his career he was so poor he wrote eulogies to supplement his income. He aspired to be a law professor, but that faculty snubbed him, so he toiled at a much less prestigious post in rhetoric at the University of Naples, Italy. All the while, he puzzled about some of the most complex problems in politics and philosophy and penned a number of major volumes. Mostly ignored during his lifetime, he gained popularity after his death, and is rightly remembered today for his magnum opus, Principj di una scienza nuova intorno alla natura delle nazioni, or New Science, as it is rendered in English translation, as well as earlier works of philosophy and history that attempted to offer a comprehensive explanation of the rise and fall of nations.

Reading the pages of Vico's early 18th century writings makes the Iran debates seem like a deja-vu. In the three centuries prior to Vico's time, the Ottoman Empire had secured a wide sphere of influence, and had posed an ongoing threat to the Christian West. Commentators had been in a quandary about how to interpret this. The Ottomans were generally considered retrograde, and their civilization deemed less moral. Yet, they had managed to acquire and develop military technology that made them a threat.

Reflecting on this period of history, one of Vico's conclusions was that the Ottoman's success was in part the result of Christian traitors -- advisers who were selling their military wisdom to enemies of the state. But what is most important about Vico's thinking is that he correctly came to the conclusion that beyond the nuances of any particular moment in history, technological mastery and military superiority were ultimately linked to the long-term quality of a country's cultural investments. Supremacy in military power, he thought, was the result of the superior flourishing of the arts and letters -- in other words, those habits of mind that lead to robust curiosity, free debate, and restless searching, scientific and otherwise. Given these virtues and ongoing investments, he believed a nation's military superiority and ability to defend itself could be preserved over time.

While pursuing a spirited debate about if and how to engage with Iran is important, even more significant to the long term health and vitality of the United States is to remember, along with Vico, that first and foremost we must continue to support those habits of culture that have made the United States strong in the first place. This means sustaining large investments in basic and applied science, in education at every level, in the arts and letters -- all areas that will ensure robust inquiry and the country's long-term vitality. If we persevere with these investments, we may continue to wield influence in world affairs in the decades to come. We will also give ourselves reason to continue being proud of the values we seek to defend.

This perspective has an added benefit. It points the way towards a nuanced stance that embraces patriotic support for the values and aspirations embedded in the American experience while recognizing that global leadership is not about manifest destiny, providence, a once-and-for-all position of rightness vis-à-vis the rest of the world, or any other such wishful thinking. It's about an ongoing attention to the values and investments that make us strong, and noble, over the long term.

Dan Turello grew up in the Piedmont region of Italy, served in the Italian Alpine Troops and completed a Ph.D. at Harvard. Whether it’s engineering in the Renaissance or sci-fi and information networks today, most of his writing comes back to themes of “earth-tones” and “green.” He has published articles and reviews in the Washington Post, Renaissance Studies, Rassegna dell’Esercito, The Romance Sphere, and Italian Studies.
Reposted From The Huffington Post
No comments:

Guest Post: Should You Write With a Partner? by Dennis Palumbo

Writing partnerships: the Good, the Bad, and the Ugly 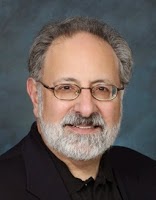 Now and again a screen or TV writer patient of mine wrestles with the idea of taking on a writing partner. Having done dozens of therapy sessions with writing teams over the years—plus having begun my former career in Hollywood as half of a sitcom-writing partnership—I have more than a few thoughts about the potential benefits, liabilities and turmoil of doing so. Let’s call these (with apologies to Sergio Leone) the Good, the Bad and the Ugly.

The Good: The obvious benefits of a writing partner can be reduced down to the familiar adage, “Two heads are better than one.” With a partner you have the advantage of a sounding board for your ideas, a straight man (or woman) for your jokes, and a life-raft when your inspiration is sinking.

A partner brings less obvious benefits, as well. If you’re prone to procrastination, just knowing that your partner is waiting impatiently for you to join in will help motivate you. A writing partner can pull the two of you up when you’re feeling down. Moreover, when pitching a story to a producer or studio exec, your memory might suddenly flag, or you’ll get the narrative elements out of order, and panic sets in. In which case, a good writing partner can step up and pinch-hit for you. (It helps, too, when a pitch goes badly to have someone with whom to commiserate over beers at the inevitable post-mortem.)

Finally, a writing partner can be the obvious solution to a well-known downside to the profession: It can be lonely. For many TV and film writers I know, taking on a partner rescued them from an experience of loneliness that, after a number of years, had grown literally intolerable.

Next up, the Bad: For just as many writers I know, the thought of having to compromise their vision, negotiate scenes and dialogue, and split credit (and fees) is equally intolerable. The inverse of the loneliness to which writers often succumb is the sublime privacy and freedom from interference that a solo writer enjoys. “It’s bad enough,” one of my patients told me, “to have to take notes from agents, producers, directors and actors. But having to take them from a writing partner is maddening.” This patient, as you may have guessed, had worked with a partner for years before going her own way.

Which brings up another dilemma that plagues writing partnerships: how you’re each perceived in the marketplace. Is one of you considered the more talented, funnier, easier to get along with? Within the partnership itself, is the division of labor fair, effective, logical? And who decides these concerns? Which of the two of you assumes the role of team spokesperson, agent liaison, the one who has the star’s ear on set?

And, lastly, what happens when the two writers grow in different directions? When, for example, one has ambitions to write dramatic film or TV scripts, while the other prefers to stay in comedy? When one writer wants to try his or her hand at a novel or play? Or decides to go on a three-month spiritual retreat? What does the partner do, sit around and wait? Or start looking for a new partner?

Which brings me, regrettably, to the aspect of writing partnerships that I’ve dubbed the Ugly: As I mentioned up front, I do see writing teams in my therapy practice, and usually for the same reason I see romantic couples—issues involving money, communication, power, jealousy and fear of abandonment.

As in any long-term relationship, a writing partnership creates an environment in which old interpersonal and intimacy issues emerge. Issues that existed long before you joined up as a team. Think about it. If the tools of communication are poor in other areas of your life, what makes you think you’ll deal with a writing partner in more effective ways? If you’re prone to envy, let’s say, this will prove to be true in the partnership as well. If, to avoid conflict, you surrender your own needs and beliefs in your other relationships, you’re likely to do the same in your writing partnership.

As I’ve seen in my office, these problems can become especially painful if the writing team is successful. Like the unhappy couple that stays together “for the sake of the children,” there are writing partners that stay together to maintain their level of professional success. “I can’t afford to get a divorce,” I’ve heard many a husband or wife say privately to me. I’ve heard many a member of a writing team tell me the same thing.

Now here’s the good news: As with most couples, the issues disrupting a writing partnership can usually be addressed and worked through if each of the writers is willing. However, as any therapist who does couples counseling will attest, there’s no one blueprint for achieving effective communication and fostering intimacy; each relationship, ultimately, is a mystery. The same is true for writing partnerships. Even productive, successful ones. Some days are good, some are bad, and some are just plain ugly.

A former Hollywood screenwriter, Dennis Palumbo is now a licensed psychotherapist in private practice, as well as the author of the Daniel Rinaldi series of mysteries. For more info, please visit www.dennispalumbo.com (link is external)

Email ThisBlogThis!Share to TwitterShare to FacebookShare to Pinterest
Labels: AEI Client, and How to Get It, Dennis Palumbo, Guest Post, Hollywood on the Couch, Psychology Today, Should You Write With a Partner?