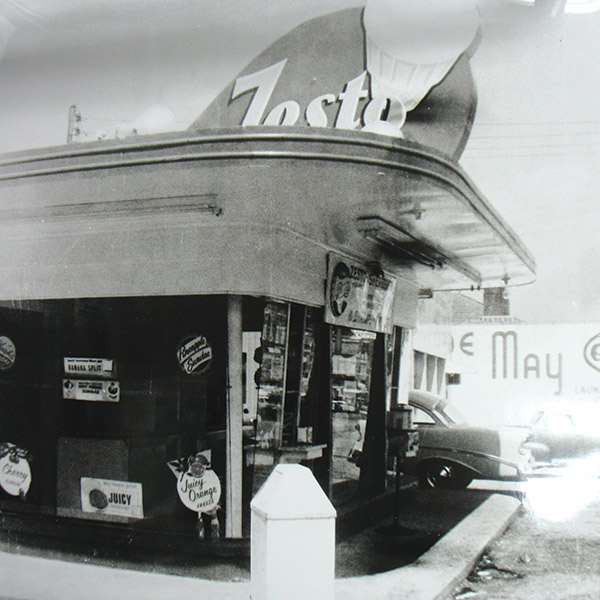 “We can thumb some more or just walk down the railroad tracks to Ponce," Bob said.

"My legs don't feel so good," Del said. "The doctors at the clinic said my circulation is bad."
"I know, man. You already told me. Maybe walking will get your circulation going."
"Maybe so. I don't know about that. I just know my legs don't feel good."
Del looked down the rail bed. A tree line on either side hid it from the apartments and the shopping center and as the line curved gently in the distance to the left it also hid the destination.
"How far is it," he asked.
"Maybe a mile."
"I guess we might as well walk it. We might stand around that long waiting for a ride."
They walked between the rails matching strides to the wooden ties.
"I don't know if I can keep this up," Del said.
"We can slow down."
"It ain't the speed it's the reach."
"The gravel's harder."
"I'm going to walk over to the side on the dirt," Del said. He stepped over to the worn path on the edge of the right of way.
"It's softer here," he said.
"That's your problem," Bob said. "You're too damn soft. It's like you never worked."
"I worked plenty."
"Down there is where the snakes are," Bob said.
"I don't see any damn snakes."
Del was slowly falling behind Bob's strides on the railroad ties.
"Hold on. What's the damn hurry?"
"You're in bad shape."
"It's the circulation. The doctors said I might get gangrene. Then they'd have to cut my legs off."
"That's the other thing, your circulation. I can tell you hadn't been working, not without any circulation. So where did you get that stash of money?"
"I ain't got that much."
"But where did you get it? You been sucking dicks?"
"Why did you go and say something like that?"
"Well have you?"
"Hell, no."
"Where did you get the money, then?"
"Sold blood."
"No wonder you can't walk."
"You never sold blood?"
"I never been in bad shape like you are."
"So if I'm in bad shape, why don't you just slow down? It ain't polite running off like that."
"I'll slow down. but this cut-through scares the hell out of me sometimes."
"Why's that?"
"All sorts of bad shit happens back here. The skinheads catch you and they kick your ass. They killed a couple homeless along these tracks. Stomped this one guy till his heart exploded."
"Now you're frightening me. What do they do — hide in the trees till you come by?"
"No. They just use it as a cut-through. They walk over from Little Five Points, go up to Piedmont Park to beat queers. Keep your eyes open. We see anybody, we can get off the tracks and hide. I just don't like thinking about it."
"You wouldn't run off and leave me, if you saw the skinheads coming, would you?"
"I don't know, man. There wouldn't be much point in my sticking around for an ass-whipping if I couldn't do nothing, would there?"
"I'll try to walk faster, but my legs are killing me. If we see some skinheads, help me hide in the trees before you run off."
"I'll do that, Del."
The track had been following a gentle curve, but as it straightened they could see Ponce de Leon Avenue ahead.
"It isn't that much further," Bob said.
They didn't talk as they tried to make time. Del's legs felt raw. They were swelling and he walked with them stiff in a fast shuffle so he could keep up. He counted steps to help the time pass. When they were almost to Ponce he said, "My legs are no good, I got to lay down."
"We farted around so long we can't get nothing at the Open Door or St. Luke’s," Bob said. "I guess we might as well spend the night in this kudzu field. You want to buy us both a dinner since we missed it because of your damn circulation."
"You can get us dinner and a couple pints of sherry," Del said.
They walked to the kudzu-covered field to the right of the tracks, and found a little depression where they wouldn't be as visible and unrolled their bedrolls. Del pulled some money out of his stash and handed it to Bob.
"Why don't you take a water bottle."
"Okay, I got to go to Green's then up to the Zesto, so it's going to take me some time, so just hang on."
"I ain't going nowhere,"  Del said.

A Note From the Editor
There is, in every city of some size, "a street of appetites" — a place where people with hungers congregate, a street where things happen in dark places. In Atlanta, The Bitter Southerner’s hometown, that street has always been Ponce de Leon Avenue. Ponce, as we call it, is home to the legendary Clermont Lounge, where strippers whose average age is 46.5 shake their moneymakers, and the Majestic Diner, which has been serving hangover prevention and cures 24/7 since 1929. Ponce always begs to be the setting of a novel. Back in 1997, an Atlanta writer named Fred Willard delivered a great one. “Down on Ponce” was hard-boiled crime fiction, solidly in the tradition of Raymond Chandler and Jim Thompson. “Down on Ponce” permanently planted itself in my brain. I was 36 years old when it came out, and I’ve gone back to reread it several times. For a guy like me, who loves crime fiction written with verve and feistiness, “Down on Ponce” was just the ticket, particularly because I knew its setting like the back of my hand. But in the last decade or so, the literary world hasn't seen much of Fred Willard's work. Then a few weeks ago, out of the blue, Willard sent The Bitter Southerner a short story. This made me a happy guy — happier still because his story is set once again on Ponce, Atlanta's “street of appetites,” as Willard so aptly describes it here. You'll experience two Ponces in this story. One is the Ponce of the 1990s, when the kudzu-shrouded, long-unused railroad tracks that bisect the street were still the home of much nefarious activity. Today, those tracks are a pedestrian trail called the BeltLine. The other is the Ponce of the mid-20th century, when the Negro League Atlanta Black Crackers and the minor-league Atlanta Crackers shared Ponce de Leon Park, an old baseball field now long gone. Today, a Whole Foods sits about where center field was. A crime does occur in this story, and the writing is as blunt as the best crime fiction, but in “The Ghosts of Ponce de Leon Park,” Willard is now exploring different characters with different hungers — the homeless. We meet Bob and Del soon after they arrive in Atlanta, having come to the city after Del “just wore out my welcome too many places” in Nashville. Speaking of welcomes, we’re happy to welcome one of our favorites, Fred Willard, to the pages of The Bitter Southerner. — Chuck Reece
Repost from the Bitter Southerner 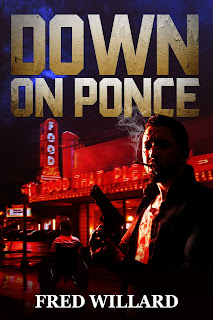