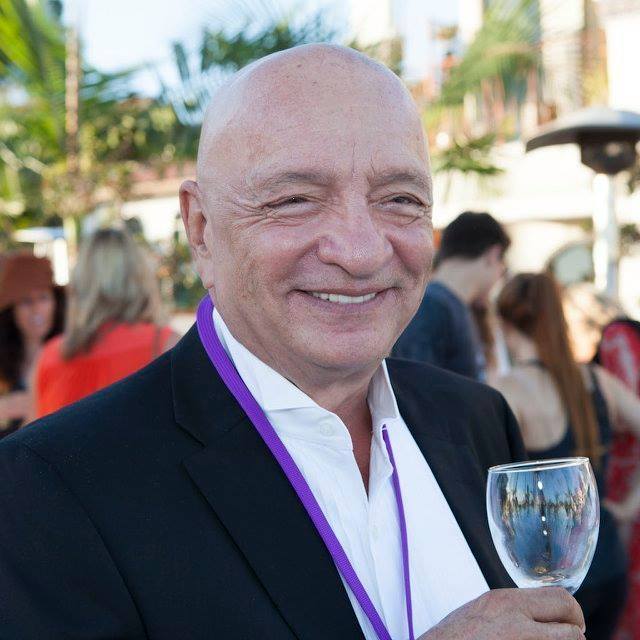 Ken Atchity is a producer, author and columnist, book reviewer, brand consultant, and professor of comparative literature. He is the owner of Story Merchant, a strategic career consulting for writers and Hollywood liaison for out-of-Hollywood production companies. Atchity’s goal is to take our storyteller clients from ambition and vision to professional success in all media.


Where did you grow up and what was your childhood like? Did you have any particular experiences/stories that shaped your adult life?

I grew up between Louisiana and Kansas City, among joke-tellers and story-tellers; was educated by Jesuits in high school and college that taught me an insatiable love of learning, the discipline that provides a lifetime infrastructure for achievement, and ‘ad astra per aspera’, to the stars through obstacles—that taught me to set my aspirations high because you’ll never test your limits without exceeding them

My grandfather, an immigrant from Lebanon, always told me: “Honey, in this country there’s no penalty for failure!” I learned wisdom from him and cooking from my grandmothers, Cajun and Lebanese

What is something you wish you would’ve realized earlier in your life?

I wish I’d always had more confidence in myself.

I wish I’d congratulated myself more. Only in the last ten years have I learned to say, “Nice shot, Ken.” I spent too many years beating myself up.

That change is good. Life is change.

Once you’ve gotten through enough ‘dark nights of the soul,’ I finally came to realize you will get through this one too.

I also learned that, instead of tossing and turning with dark and disturbing thoughts, just get out of bed and do something to move the ball forward.

You don’t have time to agonize if you’re busy.

What are bad recommendations you hear in your profession or area of expertise?

“You only get one shot.” Patently ridiculous. You get exactly as many shots as you’re willing to take. I once heard a guru answer a follower’s question, “But, master, how many times can I pick myself up?” with: “Sister, you how many times can you fall?

Tell me about one of the darker periods you’ve experienced in life. How you came out of it and what you learned from it?

Time after time, especially in changing careers from being a tenured professor to being an entertainment entrepreneur (focusing on acquiring, developing, marketing, selling, publishing, and producing stories, including blockbuster movies like The Meg and nearly 20 New York Times Bestsellers like Meg, The Kennedy Detail, and Dracula: The Un-Dead), I’ve painted myself into corners from which continuing until you succeed is the only way out. Instead of dreading them, I’ve learned to love corners.

What is one thing that you do that you feel has been the biggest contributor to your success so far?

“Not minding what happens,” to quote Eckart Tolle.

Doing what I LOVE.

What is your morning routine?

I spent an hour reading and sipping coffee.

I make sure I write at least two hours every day, preferably in the a.m.

What habit or behavior that you have pursued for a few years has most improved your life?

As soon as I get up in the morning, I think about what I can look forward to throughout the day or at least in the evening.

If there isn’t anything, I immediately plan something to look forward to: dinner out, a walk, a postponed errand.

Then I proceed into the day’s challenges, knowing I’ve got something to look forward to.

What are your strategies for being productive and using your time most efficiently?

Although I’ve written books about time-management (like A Writer’s Time and How to Quit Your Day Job and Live Out Your Dreams), the most important thing I’ve learned and teach is that the best way to “find more time” is to stealit. How? By using a stopwatch (or several of them) and promising yourself you won’t end the day without putting at least an hour, say, or more or less you’re your most important projects not on the wall clock, or your wristwatch, but on a stopwatch which you turn ON when you’re working on the project and turn OFF when you’re not.

No waiting! Waiting is my least favorite thing to do, so I make sure I’m NEVER waiting. When a particular project is in someone else’s court so I’m waiting for it, I simply turn to another project, or two, or three. So I’m always using my time to move things forward until the ball is back in my court.

What book(s) have influenced your life the most? Why?

The Odyssey by Homer—my primary personal myth is that of a man who travels the world thriving on storytelling. I learned Homeric Greek to read it in the original in Jesuit high school and return to it in my thoughts nearly every day.

Do What You Love, the Money Will Follow by Marsha Sinetar—The profound observation that doing what you love is the key to happiness, and that money will come from your determination to stick to that.

Moby Dick by Herman Melville—“To write a mighty book you must have a mighty theme.” Get to the point in your life, as soon as you can, of making only big plans once you’ve proven to yourself you can accomplish smaller plans.

Do you have any quotes you live by or think of often?

“The universe is made, not of atoms, but of stories.” — Muriel Ruksmeyer

“I think the only immoral thing is for a being not to live every instant of its life with the utmost intensity.” — Jose Ortega y Gasset

“There’s nothing wrong with retirement as long as it does not interfere with a man’s work.” — Benjamin Franklin
Read more World Class Performer