5 Lessons Hollywood Can Learn from the Surprise Hit "Hustlers" 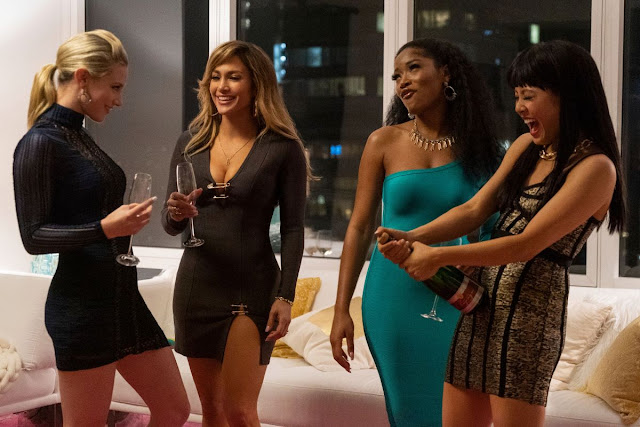 The popularity of “Hustlers” is poised to send a message to Hollywood: It stars a pack of women of all different ages and ethnicities, deftly handles tricky subject matter, and feels like a bonafide event for audiences. So what can the industry learn from the success of Scafaria’s winner?

1. Women want to go to the movies
As Forbes reports, 68 percent of the opening night ticket-buying audience for “Hustlers” was made up of women. The breezy film is a perfect fit for girls’ night out events, and positioning it against films like “It Chapter Two” and “The Goldfinch” meant it had little competition for that honor. But women go to the movies even without such enticements, something Hollywood seems keen to forget even when numbers consistently prove otherwise. In the MPAA’s most recent THEME Report (billed as the trade associations’s “comprehensive analysis and survey of the theatrical and home entertainment market environment”), the statistics again show that women make up 51 percent of domestic moviegoers, a number in line with the population representation.

And what do women want to see on the big screen? More women. Of the top five highest-grossing films last year, the MPAA study found that only one of them included gender parity amongst its audience (“Incredibles 2,” which leaned on a female-centric storyline involving Elastigirl), while the other four were dominated by male moviegoers.

Earlier this year, a study by USC’s Annenberg Inclusion Initiative found that the top-grossing movies with women as central characters took a huge jump in 2018. According to the study, women were main characters or co-leads in 40 of the top 100 grossing movies of 2018. The number marks the highest percentage of female-driven films in 12 years, an increase in eight movies from the previous year. When Hollywood backs movies about women, the audience comes out in a big way.

2. Diversity is big business
The numbers also point to an audience eager to see diversity and inclusion on the big screen. Scafaria’s film includes stars of various ethnicities, ages, and gender identities, all bound together by their gig stripping at a Manhattan club — from Lopez to Constance Wu, along with Cardi B, Lizzo, Trace Lysette, Keke Palmer, Mercedes Ruehl, Lili Reinhart, and Madeline Brewer. Forbes also reported that, on opening night, a similar dynamic was at play in the audience, which was made up of 73 percent attendees over the age of 25, with an ethnicity breakdown that included 33 percent Caucasian, 28 percent African-American, 27 percent Hispanic, eight percent Asian, and four percent Native American.

That same Annenberg Inclusion Initiative study also found that films that offer such diversity are moving up in the box office world. Per the study, underrepresented racial minorities were leads or co-leads in 27 top films, compared to 21 from the previous year. In addition, 11 films featured a female lead from an underrepresented group, compared to just four the previous year. Lastly, 11 movies were led by a female actor age 45 or older, versus 5 in 2017. Overall, the percentage of characters from underrepresented racial/ethnic groups rose from 29.3 percent in 2017 to 36.3 percent in 2018.

3. Female-centric movies don’t need romantic subplots
What could have been a marketing pickle — just what genre is this film, really? — is instead one of the greatest strengths of “Hustlers.” It’s not quite a drama or a comedy, and even the “dramedy” distinction doesn’t really fit. It’s also a crime-centric feature with elements of a thriller. Even IMDb is at a loss here, listing the film’s genres as “comedy, crime, drama.” It’s all that and more, but what it’s not is a standard female-centric comedy that hews close to convention. While films like “Bridesmaids,” “Booksmart,” and “Mistress America” are all winners in their own right, they also tend to stick to the playbook, and are mostly comedies that sandwich laughs next to emotion.

While that’s refreshing enough — and “Hustlers” also makes space for key female friendships, just like those other films — Scafaria’s film refuses to stick to the kind of genres, tones, and stories that most female-centric films are expected to embrace. Consider this: “Hustlers” doesn’t include a romantic subplot. Olivia Wilde’s charming “Booksmart” hinged on the bond between its leading ladies, but even it was beholden to the inclusion of some minor romantic entanglements, just like “Bridesmaids,” which similarly shoehorned in a cute flirtation that was ultimately unnecessary. “Hustlers” finds its heart elsewhere.

4. Crime films aren’t just for guys
This fact-based tale of grifting, drugging, and credit card fraud definitely is also a crime story. It’s no coincidence that, at one point, Martin Scorsese had considered directing the film, envisioning it as something a female-facing “Goodfellas.” For all the glitz and glamour of “Hustlers,” it’s still very much in tune with those sensibilities, and it doesn’t shy away from the dirtiness of breaking the law or the way it impacts everyone involved.

Scafaria’s film doesn’t give its stars an easy out, either, and the film is intent on showing the mucky side of crime along with all the perks. The closest “Hustlers” gets to characters preaching about its lessons is a fraught conversation between Wu’s crime-committing stripper Destiny and Julia Stiles as straight-laced journalist Elizabeth (a stand-in for Jessica Pressler, who wrote the article the film is based on). It’s the kind of back-and-forth that trusts its audience to draw their own conclusions.

5. Don’t discount festival momentum
There’s nothing quite like debuting a film at a lauded festival like Toronto, where any well-received fall release gains instant cachet. Combined with persistent buzz for Lopez’s potentially awards-earning performance, the choice to premiere “Hustlers” at TIFF ensured it would be viewed as much more than a late-summer film aimed just at women. This means “Hustlers” stands a shot at being a genuine awards contender, even in a competitive season that includes everything from Nazi satire “Jojo Rabbit” to Noah Baumbach’s “Marriage Story,” just by virtue of its launchpad during TIFF’s crammed first weekend. “Hustlers” may not be a frontrunner for Best Picture, but it did manage to remain visible and generate real buzz alongside some of the bigger contenders.