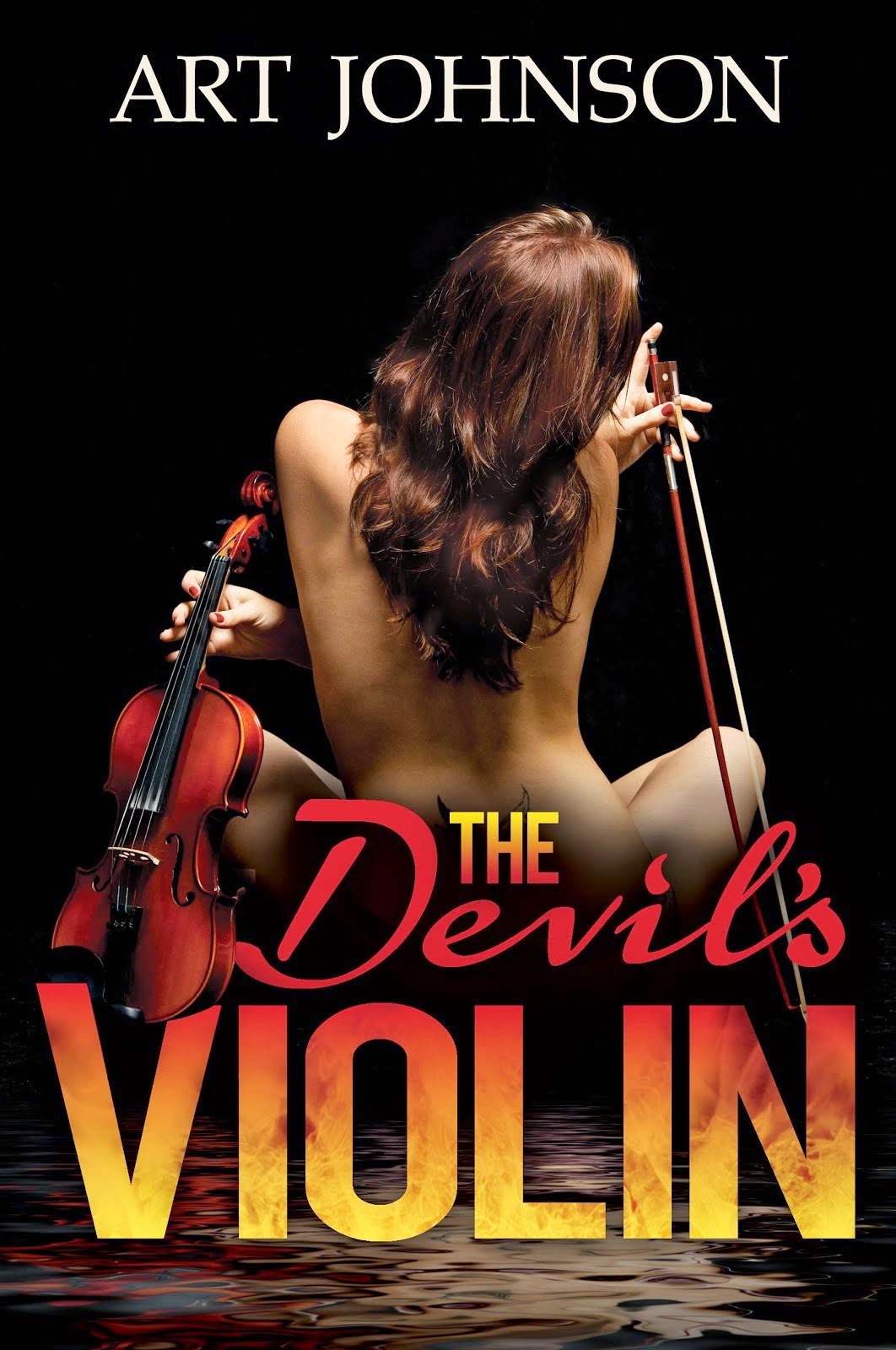 Art Johnson is an American born Jazz Guitarist, Violinist and composer who has recently written the novel The Devils Violin. Art thanks so much for granting us this interview. The Devils Violin holds a 4.7 star review on Amazon and is reviewed as one of the most enticing mystery thriller novels to date.

Art based on your very musical background you have toured with Lena Horne, recorded with Barbara Streisand, and accompanied Pavarotti.

You have been on MTV - participated in Academy Award and Grammy Award music, acted as a California State University professor and lecturer to name but some. Which of these have you enjoyed the most?

Touring with Lena Horne is a standout for sure. It was three years and we became good friends, which is not typical in an employer/employee situation. But in truth, all of these experiences are connected like a chain of events and each setting has had great worth to me as a human being as well as a musician.

What made you decide to write The Devils Violin?

Actually, the book wrote me! I was vacationing in a village near Parma and just before going to sleep the names of the main characters came to me with a brief description and I wrote them down before turning out the lights. When I awoke in the morning I sat at the breakfast table with ten Italian relatives and began to write the first few chapters. They of course wanted to know why I wasn’t eating.

Was it easy to cross the bridge from musician to author?

Easy …? I started writing poetry in the 1980’s so I had spent time with word-play. To me, the creative element no matter what the medium is rooted in the same source: the imagination. If it is well trained the crossing over is not too difficult.

Can you tell us a bit more about the plot, without giving away any secrets?

The violin world is extremely complex. The instrument is difficult to play, and if you want to really have a great sound it is probably one of the most expensive instruments for a person to purchase. There are violin brokers, dealers and auction houses that are tempted to alter the lineage of an instrument to make it appear more valuable.
The devils violin is about deception and greed as a cast of characters from Hollywood film producer who is obsessed with rare antiques in particular violins, FBI agents, two professional thieves, a master violin forger, and an elderly couple of great mystery who are after the violin case because it is believed that an alchemical treatise or formula that Niccolo Paganini use to expand his powers over the instrument is stuffed inside.
The FBI is after an assassin who is suspected to have killed a violinist in Cremona Italy who is on their most wanted list. All the characters, like spokes on a wheel are spinning around the violin that was used by Paganini to forge his career.

Can you give us more insight into your main character?

That is difficult because the sneak – thief Gus happy and FBI special agent Chris Clarke compete to be the main character throughout the book.

Would you ever consider adopting this novel to film?

The novel has been available since February this 2014, to date reviews have been great. Will there be a second novel within the series?

I’m working on it as we speak. Not a true sequel but several of the characters are returning to this semi-sequel.

Does having an existing fan base compliment your novel retail?

That is difficult to say. People are generally reticent to recognize you away from what you are known for. I certainly hope that my fans will be curious enough to read the book but I’m not sure how that will work out.

Are you looking to further your writing career?
Yes.

You alternate your performances between the U.S and Europe, have you ever thought about expanding your travels to Australia, South Africa and so on? (If you do decide to come to RSA – Johannesburg, I have just the venue.)

In the last fifty years I’ve done thousands of performances. Now I am recording for ITI records in the States who has signed me to a life-time contract. I’m taking a break from live performance.

Are there specific events, fans can look forward to? Author signings, musical appearances?

As of this moment I am just staying on Monaco where I reside with my wife Patricia and my publisher is working hard to promote my novel. It’s a wait and see period which is a very interesting one for me.

What does the future hold for Art Johnson?

Hopefully, what I would wish for everyone. Good health, happiness and the drive to continue to create and offer something of value to those around me.

What would you say has created the success behind your name?

Honestly, I have no idea. Right place/ right time maybe?

Did you ever think you’d achieve everything you have done so far?

I didn’t start playing until I was seventeen years old: very late for a start in this business. I am grateful for every achievement that has come my way.

Places where fans can connect?

Art thanks so much for giving us some insight into your exciting new world. We wish you well in this new endeavour.