'The Meg 2' Finds its Director With 'Rebecca' Filmmaker Ben Wheatley 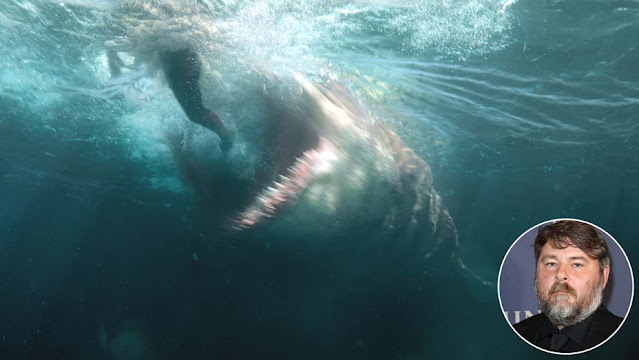 Warner Bros. is going back in the water for another bite.

Warner Bros. is going back in the water for another bite.

The studio has set filmmaker Ben Wheatley, whose updated version of Gothic tale Rebecca debuted this week, to direct the sequel to its 2018 giant shark thriller hit, The Meg.

Much of key talent from the first movie is expected to return, including Jason Statham, who is said to be creatively involved. Jon and Erich Hoeber wrote the most recent draft working off an initial draft by Dean Georgaris (all three shared credit on the intial outting). Lorenzo di Bonaventura and Belle Avery are back as producers.

Meg starred as Statham as a shark expert who fights tooth and nail against a giant prehistoric shark called a megalodon. Jon Turteltaub, known for the National Treasure movies, directed the movie, which proved to be a worldwide hit, chomping its way to $530.3 million globally. The movie, an adaptation of the novel by Steve Alten, was a Chinese co-production and saw Li Bingbing, Rainn Wilson and Ruby Rose round out the cast.

Wheatley is a British filmmaker with a penchant for the dark and satirically skewed. He has racked up awards for his horror and crime movies such as Sightseers and Kill List, with each directorial outing working its way up the budgetary and acting ranks. He generated buzz for the 2015 dystopian thriller High Rise, which starred Tom Hiddleston and Jeremy Irons, and followed that up with action comedy Free Fire, which starred Brie Larson, Cillian Murphy and Armie Hammer. Wheatley reteamed with the latter for Rebecca, which also stars Lily James and Kristin Scott Thomas, and is one of Netflix’s big movies of the fall season.

Read more at The Hollywood Reporter