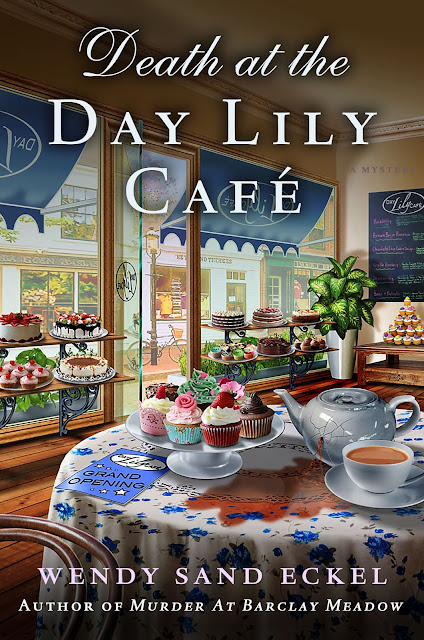 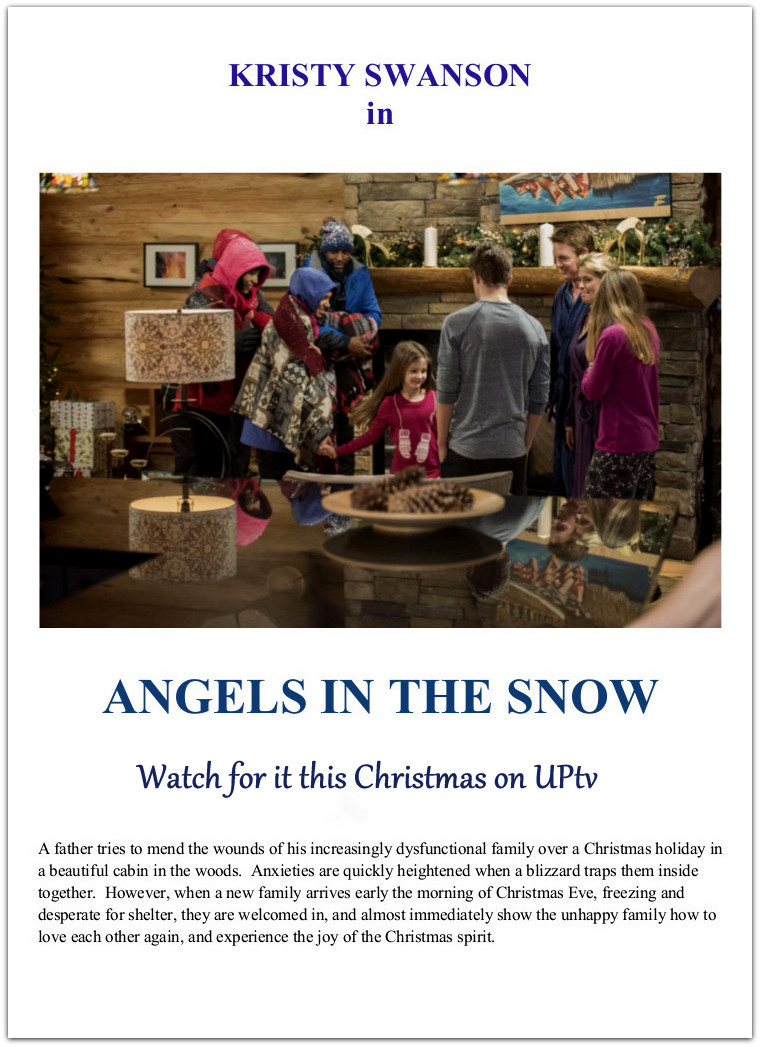 Email ThisBlogThis!Share to TwitterShare to FacebookShare to Pinterest
Labels: Angels in the Snow, Kristy Swanson, production, UP TV 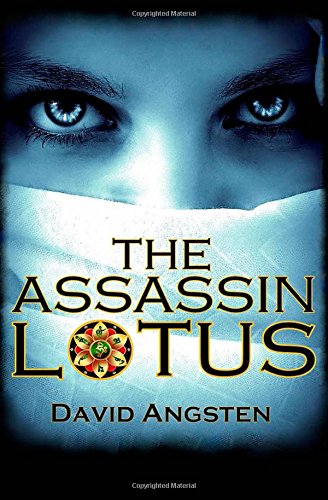 In Angsten’s (Night of the Furies, 2008, etc.) latest thriller, an American living in Italy searches for his brother and the sacred, much-desired lotus before a team of assassins can find them.

Jack Duran’s relatively quiet life as a tour guide in Rome takes a drastic turn when someone tries to kill him. A few someones, actually, who want to know about the lotus flower Jack’s paleoethnobotanist brother, Dan, sent him. Jack doesn’t know why several factions, including the U.S. Diplomatic Security Service, are interested in the lotus, but they’re sure he knows where Dan is. He doesn’t, but with a group of Iranian assassins on his tail, he decides to hunt for his brother, beginning in Turkmenistan. Jack and his brother’s girlfriend, Dutch archaeologist Phoebe Auerbach (with whom Jack was once infatuated), reconnect to track down Dan and the lotus—if they can stay alive long enough. Angsten certainly knows how to kick-start his story: Jack is on a date with mysterious Maya, unaware he’s being followed by at least two unknown parties. Angsten further establishes suspense right away with one assassin in particular, Vanitar, who blames Jack for his brother’s death and is fueled by vengeance. The book is rife with nail-biting tension, as when Jack must duck into an airport restroom before even getting out of Rome, before his and Phoebe’s search takes them inside a dark crypt. The action rarely stops. Jack (and eventually Phoebe) bounces all over Central Asia while traveling by plane, train, boat, and car. He’s also chased by professional killers, hotel security, and police in a variety of places, from a hospital to the desert. Love connections—between Jack and Phoebe as well as Dan and Phoebe—are teased, but Dan, his fate uncertain, isn’t around to ignite potential melodrama. On occasion, Angsten threatens to saturate the plot with detail—the purpose of the lotus, for example, is fairly simple and explained a bit too often—but these discussions among Jack and others are never tedious, since it’s only a matter of time before they’re back to evading murderous baddies.

Angsten hits all the genre highlights—action, suspense, mystery—in this worthwhile thriller.
No comments: 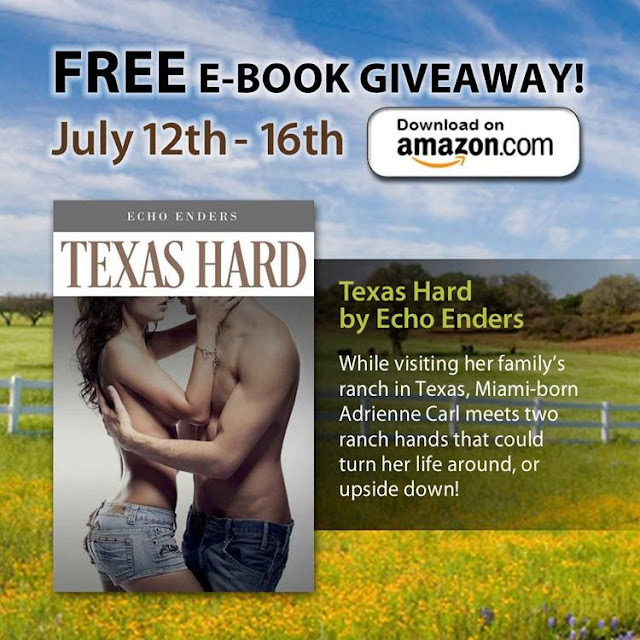 Noire has a new deal at Book Bub! 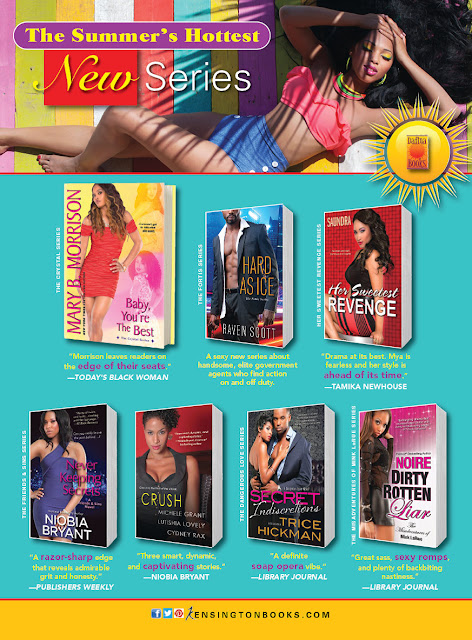 Shark Week: Eli Roth On His After Show, Kissing a Shark, Prepping for ‘Meg'

Shark Week officially begins July 5, and for the third consecutive year, Discovery will have its own on-air after show, “Shark After Dark.” This time it’ll be hosted by Eli Roth, the writer/director who, appropriately enough, recently signed on to helm MEG. 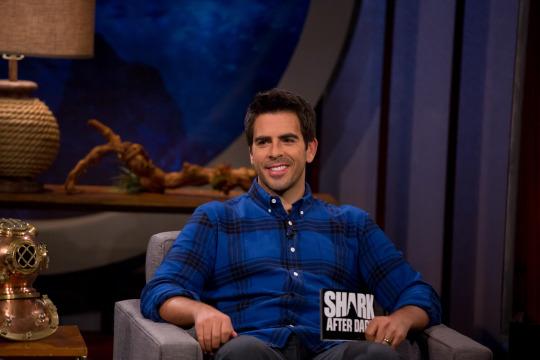 Is there anything that you’ve learned that will influence how you approach Meg?

Absolutely. The fun of Meg is that you’re making a movie with a shark the size of a Greyhound bus that’s eating people like Ms. Pac-Man. That’s what I want to see. I want that line of surfers and the shark comes and just eats them in one gulp. But I think what’s great is when you can do it like Jurassic Park where they ground it in real science. We can use this giant shark wreaking havoc on the ecosystem to talk about the function of sharks, and how important they are, and how they really are the ocean’s doctors, and how we need them, and how they really don’t have any interest in eating us but what we’re doing to their food supply. You can make the Megolodon the scariest shark and it puts everything into relation, just how friendly, and nice, and helpful the other sharks are. Sharks have gotten a terrible rap, but they’re fascinating, incredible animals. They say whale sharks live up to 150 years — think what that shark has seen in its lifetime. There’s almost 500 species of sharks, but everyone thinks of the great white. A lot of them are very gentle and filter feeders.

So I just want to have all these experts involved in the movie when I’m making it to really, really get the science right. And I’m gonna want to get real shark footage, too. I’m gonna wanna go in the water and film with great whites — and now I know the best people to do it with. So this is actually the perfect complement to the movie I’m about to dive into, no pun intended.