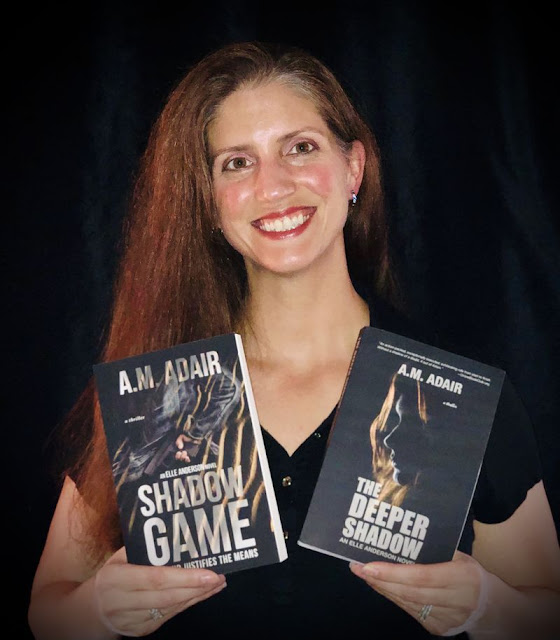 Virginia Beach author Ama Adair just published her second novel in a trilogy about a female CIA operative, titled “Deeper Shadow.” Available on Amazon
She also is turning her first novel, “Shadow Game” into a graphic novel with the help of California-based artist Ray Lopez and Conquest Publishing, a small Virginia-based company that supports aspiring writers and artists. Courtesy of Ama Adair
Writing the second novel in her series about CIA operative Elle Anderson, Ama Adair was determined to highlight the complexities of post-traumatic stress disorder.

Unlike many fictional characters with PTSD, Adair’s heroine doesn’t become violent, alcoholic, homeless or incapacitated by flashbacks. But after being tortured by terrorists, she does struggle to integrate back into her team and complete an undercover operation.
“I don’t shy away from the impact that PTSD can have, even on a very strong and smart woman like Elle,” Adair says. “I’ve felt that impact, my husband has felt it, and several of my close friends have felt it. If you don’t deal with it, it can become very debilitating.”A Virginia Beach resident and Navy chief warrant officer, Adair published “Deeper Shadow” — the sequel to the 2019 thriller “Shadow Game” — in November, under the name A.M. Adair. She hopes to complete the third and final installment of her trilogy, “Shadow War,” by the end of 2021 and also is in the process of turning “Shadow Game” into a graphic novel.
Adair, a counterintelligence and human intelligence specialist, is a veteran of 10 overseas deployments. The idea for “Shadow Game” came to her on a 2010 mission to Iraq, where her convoy had to navigate dark, narrow roads full of abandoned buildings. Anderson, leader of an elite anti-terrorism team, faces some similar physical and emotional challenges as her creator.

Describing herself as a “quintessential nerd,” Adair, 41, wanted to try a graphic novel to reach a wider fan base. She is collaborating with an independent California-based visual artist, Ray Lopez, who she found online.
“Seeing Elle and my other characters come to life on the page is so exciting,” she relates. “The little kid in me can’t stop jumping up and down.” 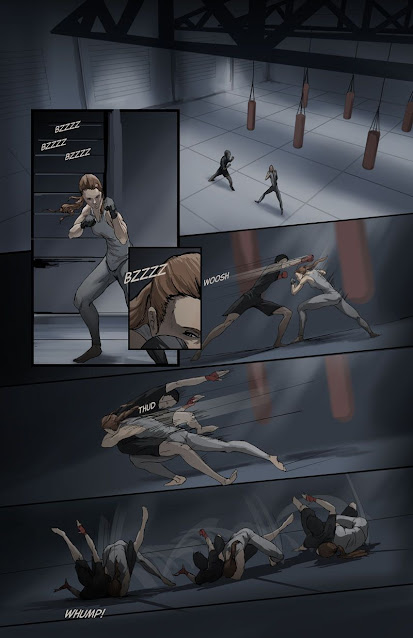 Adair also is working with Conquest Publishing, a small press imprint in Virginia that offers mentorship programs for new authors. Conquest board member John Millington, a retired Navy chief, is a partner in Jersey’s Cards & Comics stores, which likely will display Adair’s graphic novel in its Hampton, Hayes and Yorktown locations.

“Her story has an incredible pace and tempo, along with a strong individual character who is going through a lot,” Millington says. “My job is to help people with talent and potential get a foot in the door and just be noticed.”

To adapt the 300-page “Shadow Game” into a graphic novel of about 100 pages, Adair has been paring down dialogue, changing a few plot sequences to improve flow and focusing more on key action sequences. 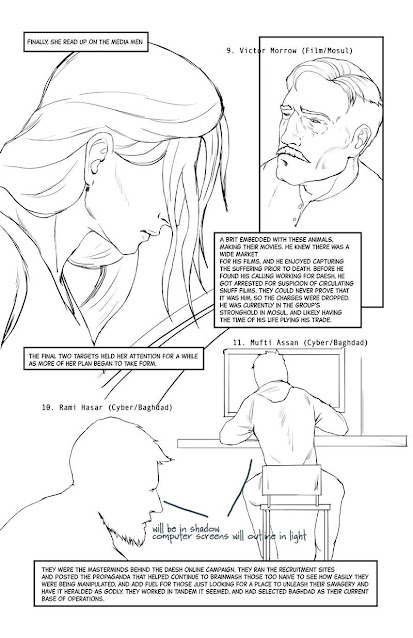 Adair hopes the graphic novel will be out by May, in time to attend that month’s Tidewater Comicon in Virginia Beach as well as the Hampton Comicon in October. Ultimately, she would like to turn all three books into graphic novels.

Once the trilogy is finished, Adair’s agent plans to pitch the story to film agencies. The author’s dream actress to play Elle Anderson: Swedish actress Alicia Vikander, star of the biographical romantic drama “The Danish Girl” and the science-fiction thriller “Ex Machina”.
An Ohio native, Adair joined the Navy shortly after the 9/11 attacks and has lived in Virginia Beach since 2005. She and her husband Jake, an active-duty Navy chief, have two children, Arya, 8, and Finn, 1.

Between a full-time job, family responsibilities and the COVID-19 pandemic, Adair often had to write in short spurts during naptimes or after her kids went to bed. After she and her husband retire from the Navy in October 2022, she plans to dive into publishing spinoffs of her trilogy.

“It will be some of the same characters, but with totally different stories,” she says. “I can’t wait to see where they take me.”