Down on Ponce by Fred Willard 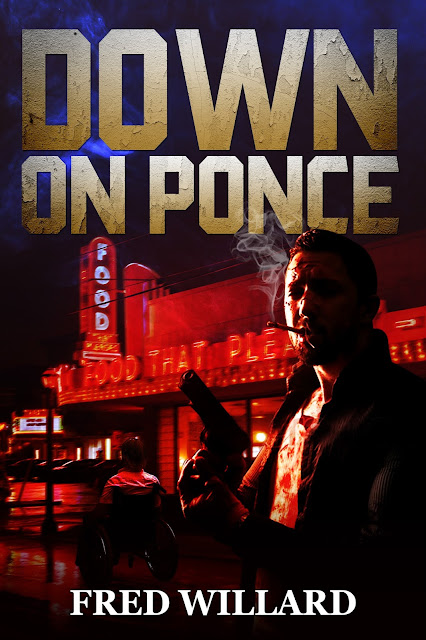 SAM FULLER, a man who lives on the edge of the law, is offered $50,000 to murder a man’s wife. Instead of committing the crime, he warns the wife and runs with the money. The next day Sam’s trailer is set afire and his friend JIMMY is killed; Sam knows he was the intended victim.⁠
⁠
Sam goes underground, hiding out in the Ponce de Leon section of downtown Atlanta. He befriends CHARLIE SHELNUT, a late 20s rockabilly undertaker, and several misfit street cons who trace Jimmy’s death to a Dixie Mob money-laundering scheme. Sam devises an elaborate plan to make the murderers pay, literally -- he’ll rip off their drug profits.⁠
⁠
Sam’s crew soon find themselves in the middle of a turf war between the Dixie mob and a disgraced ex-district attorney whose own drug abuse has pulled him into the money laundering trade. The climax of this riveting, often hilarious tale comes in an explosive confrontation as Sam and his crew exact final retribution for the killing of Sam’s friend.⁠