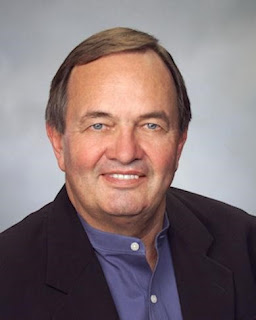 Larry Thompson became a fixture in my mind and heart the moment I met him, introduced by his brother Tommy with whom I worked at Los Angeles P.E.N. After Tommy passed, Larry told me he planned to retire from his flamboyantly successful litigation career in Houston and pursue his brother’s path. After reading his first manuscript, SO HELP ME GOD, I knew storytelling was in his DNA. Larry’s variation of the gene was dramatic to a fault, characteristic of his being a Texan to the core. He was in your face with an open hand and ready grin, and some of our best times were over martinis (he adopted Tito out of Lone Star loyalty, while I stuck stubbornly to Belvedere) in Vail, LA, New York, or Houston. He was a hearty gourmand, passionate raconteur, earnest friend, and can-do advisor with never a complaint about any card he was dealt.

After graduating from the University of Texas School of Law, Larry spent the first half of his professional life as a trial lawyer. He tried well over 300 cases and won more than 95% of them. Although he had not taken a writing class since freshman English (back when they wrote on stone tablets), he figured that he had read enough novels and knew enough about trials, lawyers, judges, and courtrooms that he could do it. Besides, his late, older brother, Thomas Thompson, was one of the best true crime writers to ever set a pen to paper; so, just maybe, there was something in the Thompson gene pool that would guide him into this new career.  He started writing his first novel about a dozen years ago and published it a couple of years thereafter. He wrote six highly acclaimed legal thrillers and White Witch, unique to itself. His popular Jack Bryant series is now being developed by Atchity Productions as a television series, Lawyer No Fee.

Larry is survived by his wife, Vicki who shared his exuberant attack on life. He was fatherly proud of sons Ryan, a Colorado restaurateur and distiller (try his 10th Mountain bourbon!) and Kel, an award-winning Florida filmmaker (his first feature film, THE TERRIBLE ADVENTURE, repped by Story Merchant, now  making the rounds of festivals)—his daughter Casey, a health and wellness entrepreneur, and four grandchildren. Larry had retired from law to devote full time to writing.

What a great tribute to not only Larry, but to you as well. I hope you will also post this in the Star-Telegram as both Tommy and Larry graduated from Arlington Heights High School. Everyone needs to see this. I have shared with a few friends...love you.
JMC