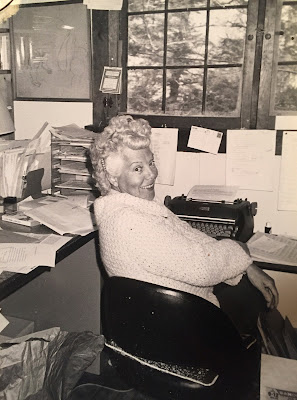 Betty Ballantine, who with her husband helped transform reading habits in the pre-internet age by introducing inexpensive paperback books to Americans, died on Tuesday in Bearsville, N.Y. She was 99.

Betty and Ian Ballantine established the American division of the paperback house Penguin Books in 1939. They later founded Bantam Books and then Ballantine Books, both of which are now part of Penguin Random House.

In those early years the challenge for purveyors of high quality, inexpensive paperbacks was enormous. At the time, Americans mainly read magazines or took out books from libraries; there were only about 1,500 bookstores in the entire country, according to the Ballantines, who wrote about the origins of their business in The New York Times in 1989.

With a $500 wedding dowry from Ms. Ballantine’s father, the couple established Penguin U.S.A. by importing British editions of Penguin paperbacks, starting with “The Invisible Man” by H. G. Wells and “My Man Jeeves” by P. G. Wodehouse.

They were not alone in seeing the potential of the paperback market in the United States. Pocket Books had just started publishing quality paperbacks, breaking in with Emily Brontë’s “Wuthering Heights” and James Hilton’s “Lost Horizon.”

Both companies charged just 25 cents per book, making books easily affordable for people unable or unwilling to pay for hardcover books, which cost $2 to $3 each (about $45 in today’s money). And they overcame the distribution problem by making books available almost everywhere, including in department stores and gas stations and at newsstands and train stations.

The paper shortage during World War II put a crimp in the business, but that was temporary.

In short order, paperback books were flying off the racks and shelves, with readers able to buy two or three at once and more companies starting to publish them. The Ballantines were making good on Ian Ballantine’s stated goal: “To change the reading habits of America.”

They left Penguin in 1945 to start Bantam Books, a reprint house. Having purchased the paperback rights for 20 hardcovers, their first round of titles included Mark Twain’s “Life on the Mississippi,” John Steinbeck’s “The Grapes of Wrath” and F. Scott Fitzgerald’s “The Great Gatsby.”

They started Ballantine Books in 1952, publishing reprints as well as original works in paperback.

While Ian Ballantine, who died in 1995, was the better known of the publishing duo, Betty Ballantine, who was British, quietly devoted herself to the editorial side. She nurtured authors, edited manuscripts and helped promote certain genres — Westerns, mysteries, romance novels and, perhaps most significantly, science fiction and fantasy.

Her love for that genre and knowledge of it helped put it on the map.

“She birthed the science fiction novel,” said Tad Wise, a nephew of Ms. Ballantine’s by marriage. With the help of Frederik Pohl, a science fiction writer, editor and agent, Mr. Wise said, “She sought out the pulp writers of science fiction who were writing for magazines and said she wanted them to write novels, and she would publish them.”

In doing so she helped a wave of science fiction and fantasy writers emerge. They included Joanna Russ, author of “The Female Man” (1975), a landmark novel of feminist science fiction, and Samuel R. Delany, whose “Dhalgren” (1975) was one of the best-selling science fiction novels of its time.

The Ballantines also published paperback fiction by Ray Bradbury, whose books include “The Martian Chronicles” and “Fahrenheit 451”; Arthur C. Clarke, who wrote “2001: A Space Odyssey”; and J.R.R. Tolkien, author of “The Hobbit” and the “Lord of the Rings” trilogy.

“Betty was succinct and to the point and had a steely eye and was a respected editor,” Irwyn Applebaum, the former president and publisher of the Bantam Dell Publishing Group, now part of Penguin Random House, said in a telephone interview.

“Most people who knew the Ballantines would say that much of the editorial vision and brilliance, from variety to quality, that Bantam and Ballantine were known for were due to Betty,” Mr. Applebaum said. “Ian was the proselytizer for their brand of books, but Betty was the identifier, the nurturer, the editor.”

Elizabeth Norah Jones was born on Sept. 25, 1919, in Faizabad, India, during the British rule on the subcontinent. She was the youngest of four children of Norah and Hubert Arnold Jones.

Sign up for Breaking News
Sign up to receive an email from The New York Times as soon as important news breaks around the world.

Her father was an assistant opium agent who oversaw quality control of the crop before it was exported to Britain, where it was used for medicinal purposes. He often traveled to remote farms to inspect crops and would take along his family, who would live in tents with full linen and silver service, Ms. Ballantine, Betty’s granddaughter, said in an email.

Betty learned to read at 3 by following her father’s finger as he read aloud. At 8 she was sent to school in Mussoorie, in northern India in the foothills of the Himalayas, where the heat was less stifling than at home.

When she was 13, the family moved to the British island of Jersey in the English Channel, where she completed high school. She did not attend college; instead she took a job as a bank teller on Jersey, where she met Ian Ballantine, an American. They were married in 1939 and sailed for New York.

After building Ballantine, the couple sold the business to Random House in 1974, at which point Mr. Ballantine returned to Bantam in an emeritus status and Ms. Ballantine continued to work with authors, including the pilot Chuck Yeager and the actress Shirley MacLaine. The couple also published art books through their Rufus Publications.

Over time Ms. Ballantine earned a reputation as a shrewd and insightful editor.

“She was very traditional, and she put authors through their paces,” said Stuart Applebaum, a longtime publishing executive with Penguin Random House and the brother of Irwyn. “She understood that her job was to make the author’s work as good as it could be — in the author’s own words.”