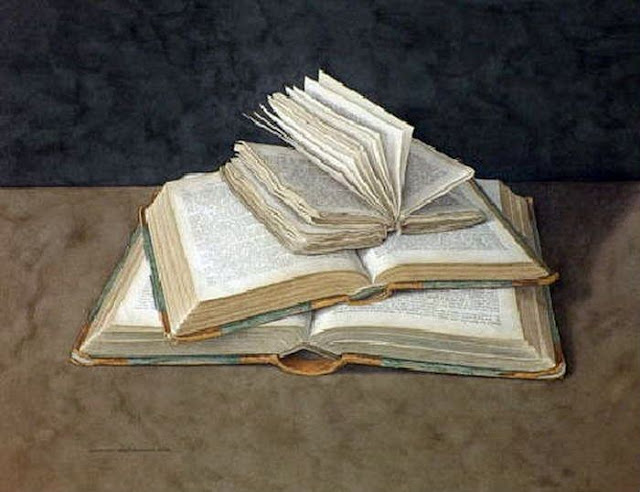 “The book is dead,” is a refrain I hear constantly. I’ll run into people on the subway, in a taxi, in an airport, or wherever I might be and when I tell them what I do, they ask me “do people even still read anymore?” This simple question implies the very work I do at the National Book Foundation may not be worthwhile—or even possible. It’s generally a casual statement, a throwaway remark, a comment repeated so often that it’s taken as fact. The book is obviously dead, or at least dying, right?

False. When people tell me that fighting for books is fighting a futile battle, that’s the moment my optimism kicks in. That’s the moment I power up my very deepest belief in literature. A person who wants to challenge or lament the death of reading with me is a person looking for a fight and, I think, a person who wants to be convinced otherwise. This gives me hope. I’m here for this fight.

Not long ago, I came across an article with the headline “Reading is a rapidly depleting form of entertainment,” which cited recent findings from Pew Research Center that 24% of Americans didn’t read a book in 2017. Now, what I saw was that 76% of Americans did read a book. The reality is that if 76% of any population is participating in a single activity then you are surrounded by people doing that very thing. The article said that books are dying; the research said—to me, at least—that we are a nation of readers.

The glass is far more than half full. After more than a decade of decline, the number of independent bookstores is on the rise — despite the dominance of online retailers. The American Booksellers Association, which promotes independent bookstores, says its membership grew for the ninth year in a row in 2018. Sales of physical books have increased every year since 2013, and were up 1.3% in 2018 compared to the previous year.

Of course, we know that everyone doesn’t read, and we didn’t need a poll to tell us. But we do need to better understand who reads and why and how to encourage them to read more and more joyfully. We need to figure out who has been left out of the conversation around books and welcome them into the fold with open arms. And so the job of people like me is to widen the audience and make sure that books remain steadfastly relevant to our culture. At the Foundation, we bring authors from around the nation to meet would-be readers on their home turf, distribute books to young people living in housing projects, and celebrate diverse, wide-ranging, excellent work on our largest stage at the National Book Awards.

My colleagues at publishers, libraries, bookstores and literary non-profits share these challenges. We all need to figure out how to make more seats at the table. Our job is to build readers. And while some might consider this work an uphill journey, we do this every day because the profound pleasures of a good book are for everyone, everywhere.

Storytelling is fundamental to human beings. It is how we explore and make sense of this world and understand one another. Because books absorb us and harness our imaginations, they are an essential medium for storytelling—as well as a satisfying one. The idea that these benefits and pleasures are for a limited subset of any given population is dangerous. Books are not exclusive.

Literature strengthens our imagination. If we all have the tools to try to imagine a better world, we’re already halfway there. Each day, there are more books being published that speak to every kind of person, from every kind of place. And I believe readers can be built—because I know we have an unlimited number of invitations to this party.