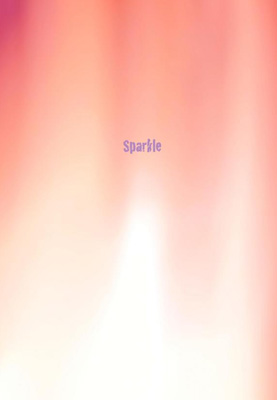 Feeling bad about lousy business was equivalent to wishing someone would get killed. The job was ghoulish enough as it was. – Joe Jones Death is in the news every day, and if people stop to give it a second thought they most likely think of the void left in the lives of the living, the emotional mess it creates when someone dies or is killed. Very few people, however, think about the nuts and bolts of death–the literal mess it makes.
Brothers Joe and Eddie Jones have not only thought about it, they’ve made it their business. Literally. Sparkle Cleaners, their Seattle-based janitorial service, specializes in crime scene cleanups. Theirs is a unique tag team, with Joe acting as the face of the business and Eddie the actual cleanup man. And anyone who’s ever used Sparkle Cleaners will tell you, no one can clean a crime scene like Eddie.
He’s so good, Sparkle Cleaners gets the inside line on jobs from members of the Seattle PD, including Detectives Louis and Bjorgesen. When they call Joe to schedule the cleanup of a triple murder–a husband, wife, and their six-year-old daughter–they couldn’t possibly have foreseen the chain of events that would unfold…or that it would get even more complicated when Sparkle was assigned to the cleanup of a seemingly unrelated massacre of six people at a club in Chinatown.
But what no one knows, not even Joe, is that Eddie’s gift goes far beyond being able to erase the physical signs of death. Due to a trauma the two suffered when they were young children, Eddie has retreated into his own little world, one which presents to everyone else as severe autism. But while people think Eddie is virtually uncommunicative, what they don’t realize is that he communicates with the dead. At every cleanup scene he encounters the spirit/ghost of the person who died, and only by his erasing the physical signs of their death are they able to move on to the next world.
Things get weird, even for Eddie, when at the scene of the triple homicide the young girl refuses to leave even after Eddie’s finished cleaning. Not only does she refuse to leave, she reveals to Eddie a piece of evidence the police missed, and makes him promise to “make the catch.” Eddie tries to ignore the situation, but when it happens again at the Chinatown club he knows he must act, and in doing so is forced to confront the very trauma from his past which bestowed his gift upon him.
Rudy Yuly has created something very special in Sparkle, a book which works on several different levels. First and foremost, this story is about relationships: brother to brother, partner to partner, man to woman, living to dead. It’s about what ties people to one another–be it love or loyalty or obligation–and what happens when events occur which stress those ties that bind. Joe wants to be a good brother, knows Eddie needs him, but still can’t help but resent him a little for putting Joe in a situation where he can’t lead a normal life because of Eddie’s condition. And though to the outside world it’s Joe who’s taking care of Eddie, endearingly, from Eddie’s perspective it’s very much the opposite:


It was tough on Eddie. He had to take care of Joe all the time, walking him through rituals he should be totally comfortable with. Joe couldn’t seem to get it, always trying to change stuff that needed to stay the same, like last night. When it really was time for something to change–like today–Joe would hang on to it with all his might.

Yuly exquisitely captures the frustration and awkwardness the brothers feel trying to deal with one another, as well as that which they both encounter while interacting with the women in their lives: Joe with a waitress at his favorite bar whom he’s desperately attracted to, Eddie with the worker at the local zoo who takes him on a tour every Saturday as part of his rigid routine. Having dealt mostly with only each other for decades, their social skills–though for very different reasons–are highly suspect, and painfully realistically portrayed by Yuly.
The book also unfurls two different mysteries over the course of the story, that of who killed the victims at the two cleanup sites, as well as what exactly happened to Joe and Eddie when they were kids that caused Eddie to retreat into his private world. Yuly doles out clues to the killer’s identity and motives, and flashbacks to that fateful day in the boys’ lives, at just the right pace, slowly and confidently weaving all the treads together to create a complete tapestry. Yuly even manages to throw in a little curve at the end, one which only adds to the book’s overall reflection on relationships and the impact death can have on the living.
Released independently last year, Sparkle may well have slipped past under your radar, but this offbeat, lovingly written work is one I highly recommend you pick up. I may have missed it in 2012, but Sparkle has declared itself ready to fight for a spot on my Top 10 of 2013 list, that’s for sure.
Sparkle is available at Amazon and Lulu.


Rudy Yuly is a writer, journalist and editor with over 20 years experience. He has authored fiction and nonfiction books including The World Business Desk Reference, published by Times Mirror/Irwin Professional, and Sparkle, a novel represented by AEI. He has worked as a ghostwriter, researcher and editor on a wide range of fiction and nonfiction projects including true crime author Gregg Olsen’s breakout 2003 New York Times bestseller Abandoned Prayers, and contributed to recent offerings by nonfiction author Michelle Gentille and novelist Joseph Cervasio. You can learn more about Rudy and his work by visiting his website.