Guest Post: Why I Wrote This Book by Jerry Amernic, Author of The Last Witness 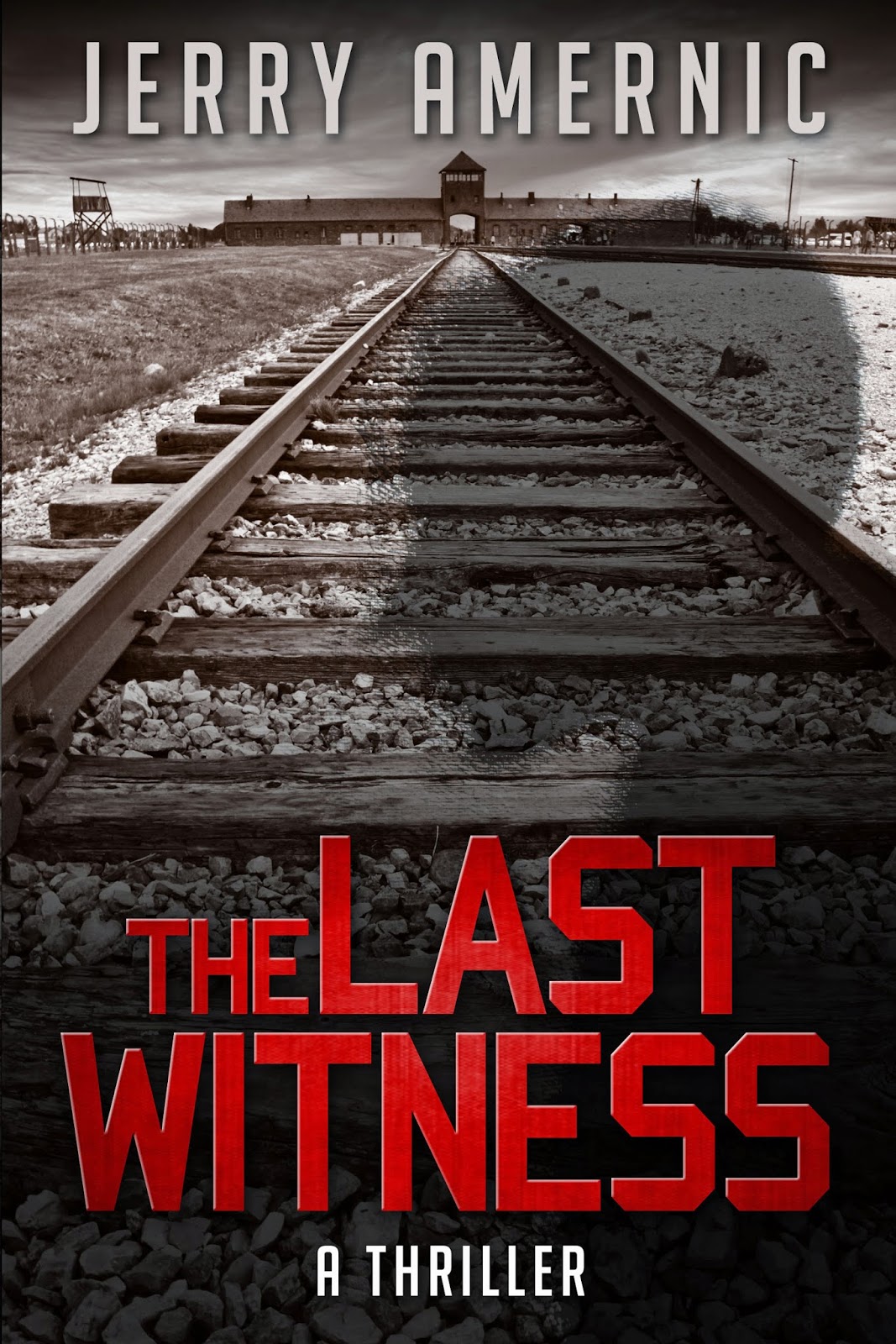 
What inspired this book?
Guest post by Jerry Amernic

The Last Witness is a novel that has been germinating in my mind for a long time. It’s about the last living survivor of the Holocaust in the year 2039, with a protagonist who is 100 years old and still in possession of his faculties. But the near-future world I devise here is abysmally ignorant and even more complacent about events of the past century. Let’s make it clear right off the bat; this is not sci-fi – not even close, I don’t write sci-fi – but rather a commentary on what is already happening in the world today, albeit in the guise of a thriller that packs a lot of history between the covers.

My central character, Jack Fisher, is a man whose worst memories took place before he was 5. After the sudden disappearance of his granddaughter, actually his great-granddaughter who is a schoolteacher, he becomes the central figure in a missing-person investigation that winds up involving two countries – the United States and Canada. A sympathetic NYPD detective takes on the case and, in the process, befriends him. While all this is going on, there is a mysterious string of murders of old people taking place around the world.

It  isn’t long before Jack finds himself in danger and must reach into the darkest corners of his memory to come out alive. Indeed, some of those memories have been repressed through years, decades, of torment and suffering.

Jack’s story hearkens back to the Jewish ghetto of his birth as a hidden child, and then to the death camp at Auschwitz where he had to fend for himself after losing his family. These are all captured as flashbacks in my novel.

While there have been many books about the Holocaust, including works of fiction, I don’t believe anyone has taken a futuristic slant quite like this. But the seeds for despair about the level of knowledge out there are all around us right now.

In researching this book, I met with real-life child survivors, including some who were liberated by the Red Army in 1945; one of these survivors was as young as three and his memories are very sketchy, but the others were older at war’s end, and the things they remember are etched in stone. I had former child survivors tell me that after coming to North America they were put into classrooms and told by their teachers not to talk about their experiences. One woman who now goes into schools doing talks about the Holocaust had a particularly gut-wrenching story; she was visiting a school only to have a number of Muslim students turn their backs on her when she spoke; they had been told at home that the Holocaust never happened.

I also met with eminent British historian Sir Martin Gilbert who has written extensively about the Holocaust and who is the official biographer of Winston Churchill; one of his suggestions really piqued my imagination and found its way into my novel.

So why did I write The Last Witness? Well, I have been seized by the idea that one day in the not-too-distant future, there will be one last remaining survivor of the Holocaust. If this individual was a child survivor who had been born in 1939, in the year 2039 he would be 100 years old. And that is my Jack. What will the world be like in 2039?

Aye, there’s the rub, as the Bard would say.

Consider this. A Gallup Poll done just a few years ago found that knowledge of the Holocaust was pathetically feeble in the United States. For example, only 46 per cent of Americans polled could say how many Jews were killed, and only 44 per cent could properly identify Auschwitz, Dachau and Treblinka as Nazi death camps. It is a sad commentary when less than half of Americans can answer these questions. In another poll some 70 per cent of Americans said they knew what the Holocaust was, but the sorry flipside of that is that 30 per cent apparently had no idea.

Yet another poll, this in the United Kingdom, found that 28 per cent of people aged 18 to 29 claimed to not know if the Holocaust ever happened at all. Then there was the survey done five years ago in Israel which said that 40 per cent of Israeli Arabs do not believe the Holocaust took place.

In my own country, Canada, knowledge is also on the wane, especially in the province of Quebec. Where I live in Ontario, the school system is such that any young person can graduate from a public high school with but a single credit in history during that whole time, and it doesn’t even have to be North American or European history.

This means we have spawned an entire generation that is abysmally ignorant of history, and the future does not hold good prospects.

The McCormick Tribune Freedom Museum in Chicago was America’s first museum dedicated to the freedoms guaranteed by the First Amendment. It opened in 2006, but closed its doors only three years later and took its displays on the road. In 2008 the museum did a survey. Are you ready for this? Close your eyes. According to the study, while more than half of Americans could name at least two members of TV’s fictional cartoon family The Simpsons (22 per cent could name all five of them), only one in four Americans could identify more than one of the five freedoms guaranteed by the First Amendment.

So consider The Last Witness not so much a commentary on what the near future will look like, but a warning about profound ignorance and complacency just a quarter-century down the road. For what it’s worth, the very first person to post a review on Amazon said she read the entire book through the night, that she could feel the pain of the memories of the witness, and even cried during some parts. If there is one thing an author wants from a reader, it’s an emotional gut reaction.

Stay tuned for my next historical thriller. Qumran. That is the place in the Holy Land where the Dead Sea Scrolls were discovered back in 1947. But the discovery in this story has the potential to make that one pale by comparison.

Jerry Amernic is a Toronto author of fiction and non-fiction books. In doing his research for The Last Witness, he interviewed such people as noted Holocaust historian Sir Martin Gilbert, and met with real-life survivors who were children when they were liberated in 1945.