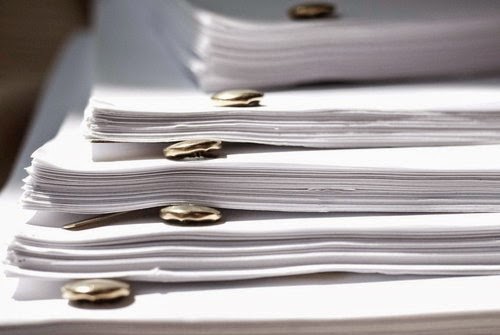 1) Your format’s not professional, which is a blatant mark of amateurism--because proper format is easily found on the internet. There are even free programs available that will format your screenplay (Celtx).

2) You haven’t bothered to proofread your work. It’s filled with spelling errors, typos, and repetitions.

3) Your script is filled with clichés and on-the-nose expository dialogue and narrative.

4) It’s never clear who the protagonist is. You don’t know whose story you’re reading.

5) If the protagonist is clear, you often don’t know what his dramatic problem is, and you don’t feel involved with him; you don’t know why you should care about his story. This problem is often left without clarification by the time the script ends.

6) The obstacles your protagonist faces aren’t strong enough, clear enough, or interesting enough to propel the story and captivate an audience.

7 ) Your protagonist doesn’t grow from the beginning of the story to the end.

8) Your antagonist isn’t clearly defined or singular enough to pinpoint.

9) Your protagonist and antagonist aren’t written with stars in mind. Hollywood always wants to know: What great actor or actress will desperately want to play this role?

11) Your script isn’t written visually; what’s on the page is difficult to interpret for the screen. Similarly, the story is often too internalized; plot isn’t sufficiently outwardly expressed.

12) The climax and conclusion of your script aren’t strong enough, positive enough, and/or satisfying enough to warrant the investment of the reader/audience’s time.

13) Market research hasn’t been done, resulting in subject matter that isn’t sellable in today’s market; the stories aren’t written with any particular audience, market, or platform in mind. Forget about, “just write from the heart.” Write from the heart about things that matter to us all!

I think writing from the heart is important. Take the pain that put you on your path use it to tell an audience a great story they can relate to. Once you have a script push towards your dream as hard as you can until you can't anymore. Jamie. La to LA