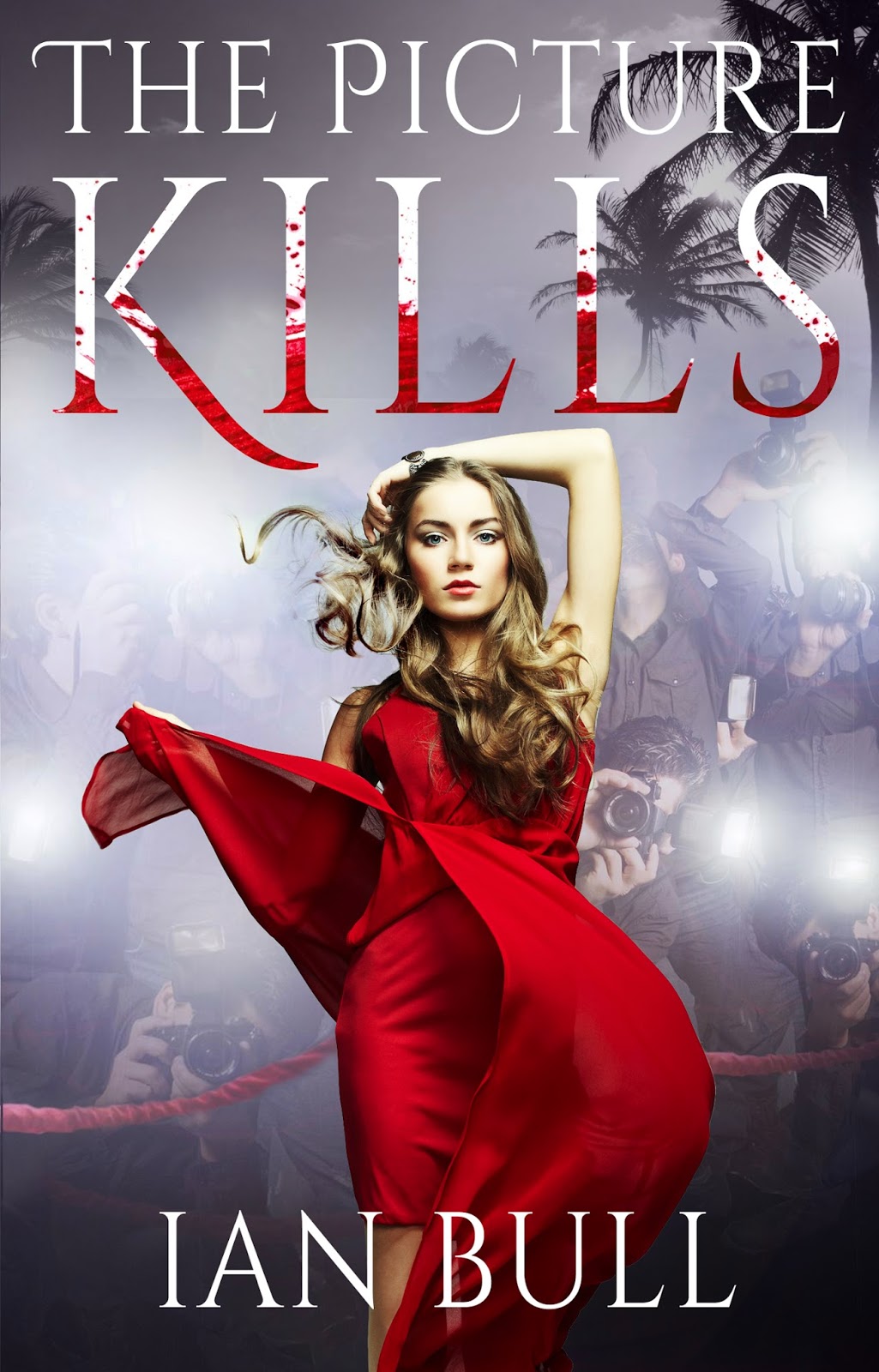 Since the war, Steven Quintana has been running from his past. He decides to fill the hole in his heart by using his talent for photography to take pictures of celebrities. This backfires when a photo he has taken is used to cover up a kidnapping. He is then compelled to rescue the victim. Does he succeed or does he die trying? You will just have to read this compelling thriller novel to find out.

I found this book to be a wonderful suspense novel filled with action, drama, loyalty, and humor. The plot is fast paced and flows well. I especially like when he starts naming the bad guys I was chuckling the whole time. I would recommend this to anyone who likes thrillers, dramas, or a dangerous rescue of a damsel in distress. Who are you and what do you do?

My name is Donald Ian Bull, and my pen name is Ian Bull. I am a husband and a father, I live in Los Angeles, and I grew up in San Francisco. I have been a TV writer, director and producer. Now I edit TV shows and write novels, screenplays and my blog, CaliforniaBull.

I like to write thrillers, but with strong female characters. Some people have said I write romantic thrillers, or thrillers with romance, if there is such a thing. I’ve only published one book so far, so it may change.

If you were to branch out from your current genre which one(s) would you like to explore?

I’d write historical fiction, or historical recreations/examinations. I love reading about the past.

How long have you been writing? What prompted you to start writing?

I have been writing since I was ten. I’ve always wanted to write novels, but the truth is, I didn’t have the courage to pursue it. I chose a “sensible” path that led to writing news for TV, that led to documentaries, that led to TV writing, and screenplays. Perhaps I also have enough life experience now to tackle a novel.

What inspires you to write?

I have imaginary conversations in my head all the time (in a good way), always arguing two sides of a conflict. I am also inspired by my own mortality, the problems in the world. Those drive me to act. My family also inspires me, in a positive way..

When a story idea pops into your head, how long does it typically take to write it (from start to finish)?

Years. That’s because I am writing two hours a day (three on weekends) while also earning money as a TV editor working eight to ten hours a day, and also being a husband and father. I wish I could flop it and edit two hours a day and write for eight!

What did you find to be the most difficult part of the writing process?  Easiest?

The hardest part of writing for me is when I paint myself into a corner with a plot point or a character’s behavior and I realize I must back track and fix it. The easiest part for me is to rewrite and edit my first draft. I don’t find that difficult, because I do it all day with my TV footage.

Of all your characters whom do you most relate to?

The main character Steven. He’s great at what he does, yet he knows he could be doing more, yet is plagued by doubt. That’s me…and plenty of other people! I’d like to be like Carl Webb, but I’m not.

Is there one of your characters that you did not like when you started writing about them, but found yourself liking by the end of the story?

Trishelle. I first made her ditzy, and then my wife pointed out that women have friends for a reason — they compliment each other and support each other, even if they’re very different, and Julia wouldn’t have a one-sided friendship. She’d have a friend as strong and smart as her, but in a different way. I went back and made Trishelle strong and capable in her own way, with her own vision of the world that is different than Julia’s. She’s much more street smart and savvy about the ways of the world than Julia is, especially when it comes to politics and men.

What is your least favorite part about writing? The Most?

When you are not writing or editing what do you do for relaxation?

I read, I swim, I play with my daughter, hike with my wife and cook.

What genre of books do you like to read?

I like thrillers, histories, dramatic histories, and contemporary fiction.

What author(s) do you enjoy reading?  Why?

I go on kicks. Right now I am reading Karen Russell, who wrote Swamplandia, Vampires in the Lemon Grove and Sleep Donation. I am also reading This Changes Everything, by Naomi Klein about Climate Change. I also love anything by T.C. Boyle and Steinbeck, my favorite California writers. For thrillers, I like John D. MacDonald — old school.

Tell us about your books where can people find them?

THE PICTURE KILLS, is available on Amazon, in print and digital formats.  The sequel, SIX PASSENGERS, FIVE PARACHUTES, will be out in 2015!

Ian Bull is the pen name of Donald Ian Bull, a TV producer and director turned thriller novelist. His TV credits include The Real World, The Osbournes, and Dr.90210.  He grew up in San Francisco, attended UC Berkeley and then UCLA, and now lives in Los Angeles with his wife and daughter.