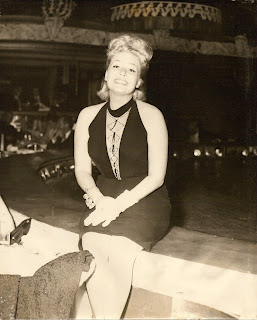 When Ken introduced me to Jane, I had this disheveled vision of Marilyn Monroe combined with the novel I read on Holly Madison – Down the Rabbit Hole. I’m not sure why that vision popped into my head as the story Jane relays holds such deep meaning and purpose. It carries a broad and impactful message.

Janie McCormick is an author who shares a harrowing, heart-breaking, and inspiring memoir on how she escaped a life of abuse only to fall into the dangerous and luxurious high-roller prostitution ring in Las Vegas in the 60’s. She was the Rat Pack’s (and namely Frank Sinatra’s) go-to girl for all their “fun.”

Jane, it’s a privilege to pick your brain and have you share your story. Breaking my silence; Confessions of a Rat Pack Party girl and the sex-Trade survivor was released in November 2010. How have readers received this story?

JM:My first response to how you viewed me as a mixture of Marilyn Monroe, a “worldly famous actress” and Holly Madison, a Hugh Hefner’s, go-to girl was interesting. Both beautiful well-built blonds with “Type A” personalities like myself. I, however, was the high-class call-girl entertaining many celebrities and millionaires seven days a week. I worked on my own and wasn’t in a prostitution ring!

The people loved it. Many said, “they couldn’t put it down!” Most couldn’t believe I survived that life and others were intrigued with the celebrities. But for the most part, it was an “eye-opener” about the misunderstood world of prostitution and my search for true love.

What Made you decide to sit down and put words to paper?
JM: I thought about this since I left Vegas in 1970 and I didn’t want others to get caught up in this lifestyle.

How has this book changed the lives of others in similar circumstances?
JM: I think if a victim is reading this book they’ll learn that they are not alone in this abuse. That I survived and so can they!

How has the release of this book changed your life?
JM: I realize that a lot of abused women need help. In Sweden, it against the law to: “Buy or sell human beings for sex!” Sweden arrests “pimps” and “johns!” As John Choi, Ramsey County Attorney says, “Jane provides courage for other victims to seek help and properly puts into context that prostitution is not a victimless crime. Her book should inspire us all to create violence-free families and communities, where all women and children are valued and safe.”

In today’s time, sex has literally become a household brand if one considers how easily accessible it is to everyone who has access to anything electronic. In your experience how has its impact escalated and influenced the world we live in today?
JM: It’s the ruination of this world, to forget morals, values, and human dignity. Human Trafficking is an epidemic in the world. It’s larger than drug trafficking and it needs to stop!

Your book manages to give insight into the girl most women sees as prostitutes. Do you feel that the empathy it draws can be used against women you are trying to help?
JM: That’s one reason why I wrote the book. By using me as an example of others, that society needs to see that prostitutes are human beings with hearts and souls like everyone else. No one was born to be a prostitute! That we are victims and survivors of abuse. That people need to remember that it could happen to them.

Life stories, in general, are always so hard to comment on. I mean if this was your life, and you shared it with the world, who am I to say; hey this is a really shitty book? Readers out there, however, have different opinions on critiquing work, how do you deal with negative comments towards your story and your life?
JM: When I stood on the stage in Reno, Nevada in 2012, at question and answer session for the play of VOICES IN THE LIFE OF PROSTITUTION IN NEVADA, By Norman Stephens, executive producer and Peabody and Emmy Award Winner, where they used me as a lead character, a man asked, “You know you liked making that money. You know that you didn’t have to do that work! You know you wanted to!” And I said to the elderly man, “How would you like it if your kids had to turn tricks to live. No woman likes to turn tricks!” Afterward, the man left the room.

As a victim, how have you managed to wake up and redirect your entire life, your mind set on something positive?
JM: I woke up after Johnny, my “old man,” tried to shoot me because he didn’t want to lose his money maker! I left him for a woman who loved me for me and he’d lost control of me.

In earlier year’s women were drawn to places like Las Vegas because of the glam and the money. Today the lines have undoubtedly become a lot more blurred due to the internet and society having a broader spectrum to connect. What should women look out for in today’s time?
JM: Look out for some guy that says, “It’s okay for you to go to bed with that guy for money. Because it’s only for sex and not for love. I understand all that, it’s okay with me!” If a guy says that, you know that real men do not want their women going to bed with other men and they should tell that man to get away from you and she should run for her life. He’s nothing but a glorified pimp!

How much different is it from when you were involved in these circles?
JM: There were no circles for me. I strictly worked Vegas high-rollers by myself and was introduced by pit bosses and owners. I didn’t work in brothels and wasn’t moved around like other working girls who weren’t allowed on the Strip. Many of those girls stayed downtown in the 60s.

JM: BDSM – a sexual practice that stands for bondage and discipline; dominance and submission; and sadism and masochism. One, in my experience most pimps and johns want to be in control. That’s why they pay for sex. But I thought I was the one in control. The men liked a woman to be in control, giving them pleasure, entertaining their sexual fantasy. Two, without knowing my true situation at the time I was with Johnny, I tried to keep him happy by giving him all the money so he’d love me more and wouldn’t beat me up. I needed his approval and would do anything he wanted.  Now I encourage other women to: “Shatter the Silence, Stop the Violence!” To speak out and get help. To change laws to help victims of abuse throughout the world.

If you start talking to someone who was about to depart on the same journey you undertook, what is the one piece of advice you would give them?
JM: I tell them that I’ve been there. The high-class call girl of Vegas in the 60s who made a half-million a year. I was beaten, belittled, raped and left out in the street to die. I tell them: “Don’t do it! Run for your life!” As James Douglas Dunlap, FBI, Forensic Examiner, Cryptanalysis & Racketeering Records Units with 30 years of experience wrote: “I commend Jane and Patti for what they had to do in writing Rat Pack Party Girl and the compassion Jane has in conveying her life story to educate and inform the society. I hold Jane in the highest regard for speaking out about this horrendous problem we have in human trafficking.” 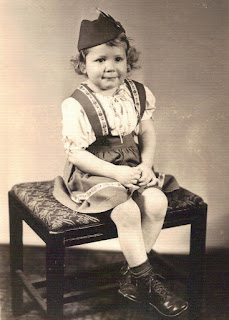 What do you want to achieve with your novel – Breaking My Silence: Confessions of a Rat Pack Party Girl and sex-trade survivor?
JM:  First, I’m promoting my new book called RAT PACK PARTY GIRL: From Prostitute to Women’s Advocate, which is published with STORY MERCHANT BOOKS, President/CEO Dr. Ken Atchity along with the gracious, kind help of Norman Stephens Productions. My achievement comes from a quote by Tara Patet, Domestic Violence Prosecutor, “Jane McCormick is a true survivor and champion for all women who have endured violence and exploitation. Her journey and her willingness to share her story so that others may learn from her experience is a testament to her courage resilience and grace.”

Can you share one thing in your life that was a turning point, one opportunity you feel you should have used that would have changed your life dramatically?
JM: Meeting the love of my life, Patti Wicklund changed my whole life into unconditional love, trust and security. It was all that I ever hoped to have and something I searched for throughout my struggles in life. I’ve been with her for 22 years. We’ve written these books, and together we produced television programs based on Breaking My Silence Issues. We believed it was an opportunity to bring awareness to non-profit organizations such as, Minnesota Coalition against Sexual Assault, and law officials like, John Choi, Ramsey County Attorney, who work hard to help victims of abuse. As quoted by Andrea Paulet, Public Access Lead, wrote: “Jane McCormick and Patti Wicklund won our 2012 Community Involvement Award for their efforts to address issues that affect women in our community because Jane used her own experiences to shine a light on the risks women face.”

When you read all the memoirs from former playmates and people with similar experiences or stories, do you ever relate to their experiences?
JM: I relate more to current issues and it breaks my heart to see it happening today. Now the sexual predators are using kids and there’s no law to protect women from the age of eighteen because you’re considered to be an adult. And like many women today after being raped, they never report it because they’re afraid and don’t believe anything could be proven in law. For instance, a guy steals a dollar and goes to jail for 10 years, a guy rapes a girl and is let out on good behavior. 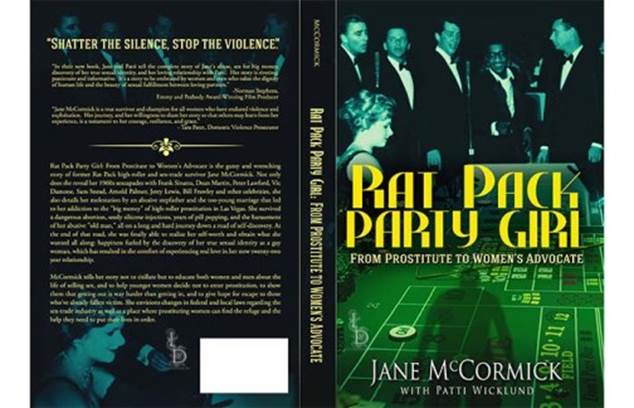 How and where can readers with similar reach out to you?
JM: I can be reached at ratpackpartygirl@gmail.com

Are there any events in your areas where readers can go for book signings?
JM: Books can be purchased at: Amazon; Story Merchant Books;

Read more at My Addiction Books

I think she is a truly amazing woman to put into words of her painful past and relived every moment as she wrote her.