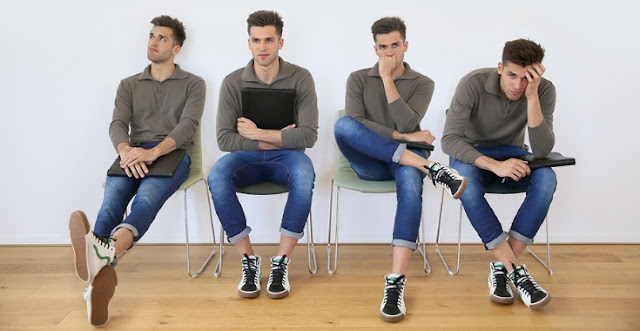 How long can I wait?

Screenwriters ask me that all the time, becoming impatient and anxious that their script is taking so long to make it to the screen.

My answer surprises them:

Don’t wait at all.

Waiting is a massive waste of time and can lead to depression and/or existential despair, and who knows what else. Write something while you wait. Plant another seed, cultivate it, and train it to grow straight. And while it’s taking its sweet time to bud and then bloom, do something else. Start a new spec script!

Back in my own “waiting room” in the sixties, I reviewed a great book by Barry Stevens: Don’t Push the River, It Flows by Itself. I translated Stevens’ Zen advice to Hollywood where every project has its own clock and will happen when and only when that clock reaches the appointed hour. Other than keeping that project on track the best you can by responding when asked to or when appropriate, there’s nothing much you can do—other than financing it yourself (a serious option, by the way) to speed up that project’s clock. By the nature of things, the project clock is invisible, which means extra frustration for the creator—unless you refuse to wait.

Recently, I, and my dear producing partner Norman Stephens, produced a sweet little Christmas movie called Angels in the Snow. I had only been trying to get that movie produced for twenty years! I sold it to TNN once and came close to a deal at Hallmark another time. My client Steve Alten’s Meg is currently, after twenty-one years, shooting in New Zealand. What was I doing for the last twenty years? Writing twelve scripts and producing other films for television and cinema, managing hundreds of books, writing and publishing ten of my own, playing tennis, traveling, having a wonderful life. Not waiting.

Waiting makes writers neurotic. If I allowed myself to express my neurosis, as many writers have not yet learned not to do, I would drive those involved in making my or my clients’ stories into films crazy—and risk losing their support or return calls. The question I personally hate hearing the most, “What’s going on?” is one I have to force myself to refrain from asking. Your job, when it’s your turn to move your story forward, is to “get the ball out of your court” as efficiently, as well, and as soon as possible. Then, on that particular project, you have to wait for it to be returned to your court. Very few actual events requiring your help occur along the way, leaving a huge gap of dead time in between them, like super novae separated by vast time years of space. But it’s not dead time if you use it for something else creative.

If the glacial pace of the Hollywood creative business fills you with dread, you’re in the wrong business or you’re dealing with it the wrong way. Don’t wait. Do. As the great photographer Ansel Adams put it: “Start doing more. It’ll get rid of all those moods you’re having.”


Writer/producer/literary manager and former professor Ken Atchity’s most recent book for writers is Sell Your Story to Hollywood: Writer’s Pocket Guide to the Business of Show Business (to accompany his online course realfasthollywooddeal.com. This article is adapted from that book.

Email ThisBlogThis!Share to TwitterShare to FacebookShare to Pinterest
Labels: A Screenwriter's Life in the Waiting Room, Article, InkTip, Ken at work

Most of screenwriter are freelancers who were able to develop their writing skills. Even if article writing jobs might seems boring, it's a great way of adopting productive writing habits. You should write everyday. Even if some days result in nothing useable, you'll make writing habitual.

I came here after I saw you on Youtube. This is a great article.

I am definitely taking the advice and implementing it.