3 Things Every Great Story Has To Have by Dr. Ken Atchity 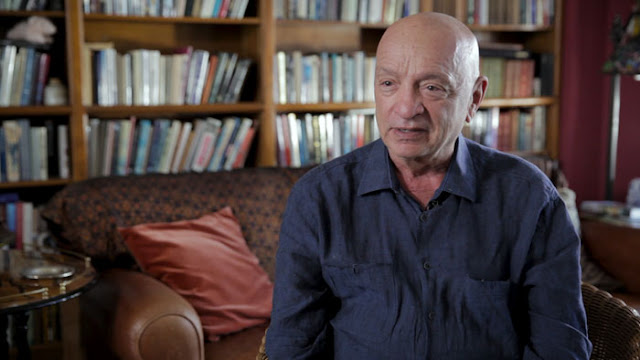 Film Courage: What three things does a great story have to have?

Dr. Ken Atchity, Author, Publisher, Producer: What three things? Well, it has to have a hook that gets people instantly involved in the story and that’s a huge part of the story itself. And it’s got to have a very strong character in the story that you care about and other than that, it has to have twists and turns that lead to a surprise ending. If I had to just say three things, I guess that’s what I would say the three things are. Every story needs that because a story about nothing is not going to hold anyone’s interest.

And sometimes writers when they begin their careers think that if they just write, they can write about anything but the truth is they need to write from their heart about things that matter to everyone and if they do that, you can hardly go wrong. Because stories are really not about words or word choice or anything like that. They’re about conveying the power of a character facing a dilemma that you have no idea how he or she will resolve and when you do that you’ve got everyone’s attention.

And in ancient times there was a thing called The Oral Tradition which I used to teach as a professor of Homeric Greek. The Iliad and the Odyssey were sung at campfires and everyone in the culture knew the stories. We are publishing a book right now on Homeric song and how it worked and how it held culture together. And my first book those…I call those stories the shield of memory and it was because of those stories that a person knew how to deal with himself in battle or when facing an attacking boar or when facing an angry wife or when facing pillagers trying to burn down his village. He would instantly think of the story of Heracles who did this or that or the story of Aegean who did this and that and that’s all they had. They didn’t have books for learning. It was all passed along through the oral tradition. And I think stories have never failed to play that role in human life and when you think about it you know “What’s your story?” is probably the most human response to any encounter and it goes from the court of law where the jury is trying to decide which of the two stories do they believe, to a political campaign where the voters are making that decision, to a first date where you are going “Do I believe his story? I just don’t believe it? I can’t buy his story?”  That’s the ultimate human turn down, you can’t buy the story. And it goes through everything. Advertising is conveying stories that people will want to buy the product. This is how humans operate on a daily basis so to me it’s absolutely amazing that an industry has been created where people will pay millions of dollars for stories and where stories can basically conquer the world and I believe unite the world.

I mean look at all the work we are now doing with China in the movie business. I just saw Lara Croft in Tomb Raider (the new version of it) where the male lead is Chinese and she is Western and clearly as a producer I’m watching it going “This was a Chinese financed movie,” because I understand how it works for the market…(Watch the video interview on Youtube here).

Email ThisBlogThis!Share to TwitterShare to FacebookShare to Pinterest
Labels: 3 Things Every Great Story Has To Have, Film Courage, Ken Atchity, On Writing, storytelling