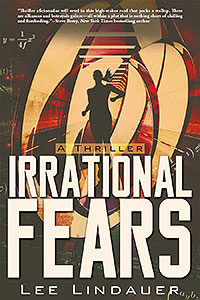 
After witnessing the horrifying murder of her friend Tom Haley, Mallory Lowe, a cautious university mathematics professor, must emerge from her cocoon to become the gutsy and unpredictable woman she’s always dreamed of being. Running on the guilt of a past family tragedy that she blames on herself, Mallory is determined to find Tom’s now-missing daughter.
Following the clues in a 300-year-old equation left by Tom, Mallory’s search propels her into the tangled threads of a ruthless corporate entity known as Möbius, bent on controlling the world’s most precious resource: fresh water. Mallory is propelled along a perilous journey from the southwest United States through the breathtaking landscape of Switzerland and into the inner workings of a massive hydroelectric dam in Turkey. She solves the riddle of the centuries old mathematics equation—only to discover something more ominous and deadly in the process.

When I set out many years ago with the crazy idea to be a fiction writer, one of the first items on the agenda was to create a protagonist, one that was unique, multi-dimensional and complex. After my first novel, I realized my main protagonist was flat, a one-dimensional person I had a hard time fleshing out. What I needed was a protagonist that had a little bit of my interests and background. Having had a career in engineering, I decided to zero in on a protagonist who found math and science exciting. I settled on math. Mathematics is definitely an area that all engineers must experience during their college years. I then had an epiphany—this mathematician protagonist should be a woman—unique and complex—someone who goes against the perception that all math geeks are men. Thus the next three novels I wrote included Mallory Lowe, a tenured university mathematics professor. The third of these novels is titled IRRATIONAL FEARS, and can be found at Amazon.com.

Science in novels is not unique. Readers of ScienceThrillers.com will attest to that. What about mathematics? There have been several novels with mathematicians (crazy, brilliant, or both) written with themes centering on mathematical philosophies such as Neal Stephenson’s Anathem. The trouble with writing about math in novels is the misconception that the reader is not math-worthy—a reader who cringes when it comes to discussing mathematical concepts. These are people who hated math in school or feared it since it held an overbearing abstraction for them.

The key then was to write a math-centric novel that keeps the reader’s attention. Mathematical concepts must be written such that the layman should not be intimidated by them. This can be a tough chore, but one I believe can also be self-gratifying if the author can pull it off.

In IRRATIONAL FEARS, the plot revolves around a 300 year-old equation, THE BASEL PROBLEM, a very unique infinite series:

The summation of reciprocals of squares on the left equals the odd π2/6 on the right. The more terms on the left that are added, the closer to the answer on the right—a subliminal relationship of inverse squares to circles. This is a fascinating problem in number theory, but the reader may ask, okay, I think I understand it, so what? Why is this important? No spoiler here. Read IRRATIONAL FEARS to find out why.

Let’s not forget—mathematics is the language of science. Let’s take for example, the constant e which equals 2.71828… Where does this seemingly non-descript number come from? In mathematical jargon, e =

In other words if n= 10, then e= 2.59374246… If n=1,000,000,000, then e = 2.71828183… As n approaches infinity, then e approaches a limit, that being the number e = 2.71828183… Why is e so important? Let’s talk finance. Bankers love e because it is the background of compound interest, and they love nothing more than charging you interest on a loan. In the scientific arena, e pops up in a variety of ways—determining population growth in humans, or in bacteria, in depletion of tuna fisheries, and so forth. And in physics e is used to calculate time frames of radioactive decay, in heat transfer phenomena, and shows up in all types of waves—light, sound, etc.

So when mathematical concepts pop up in fiction, don’t be intimidated. They are there to drive the plot. Don’t get hung up on equations and don’t get frustrated.

A good writer will assure the reader will not feel pressured to understand each math concept. The unsuspecting reader will then have fun.
“A smashing debut, Irrational Fears is an action-packed, globetrotting adventure, and Lee Lindauer is the heir apparent to adventure thrillers.” —Anthony Franze, author of The Outsider


Support ScienceThrillers.com and the author by ordering Irrational Fears from amazon.com or  Barnes and Noble 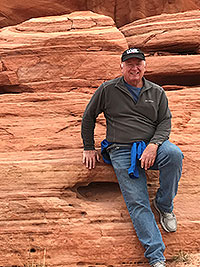 Lee Lindauer has a BS in Architectural Engineering and a MS in Civil Engineering and was a principal of a consulting structural engineering firm he founded in Western Colorado. It is hard to say what got him into writing but after thirty-some years of consulting, he decided a new diversion would be welcome. Thus, the writing bug took over. In 2009, he retired. When he’s not punching a keyboard, he takes advantage of the amazing public spaces that the West has to offer (he is a Colorado native), from camping, rafting, hiking (try Angel’s Landing in Zion National Park), to lazily enjoying the sunset as it drapes the ragged peaks of the San Juan Mountains in various shades of crimson (beer in hand, of course).