Mike Rowe A Guy Walks into a Bar... 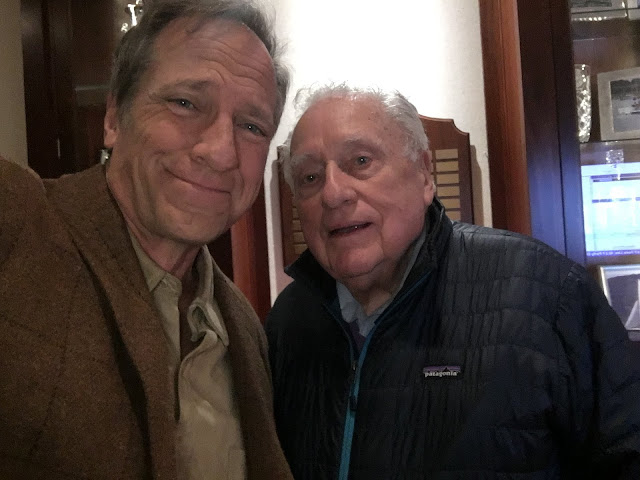 So I’m at the bar last night, waiting for my drink to arrive, when the man beside me orders a “Clint.”

“A Clint?” says the bartender.

The man reaches into his pocket and offers the bartender a business card. The bartender examines the card and nods his head.

I turn to the man beside me, who appears to be the same age as my father. “It’s none of my business,” I say, “but what the hell is a Clint?” 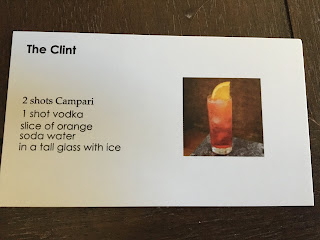 The man smiles and hands me his card. “Keep it,” he says. “Might come in handy sometime.”

On the business card, are the ingredients for a very specific drink. I am intrigued, not only by the drink, but by the man who carries a card with instructions for bartenders to properly mix the cocktail he desires.

“May I assume you’re the Clint for which the drink is named?” I ask.

“And may I further assume you’re a man who has grown weary of describing a drink no one has ever heard of?"

We shake hands, and I make no further assumptions about the man with a taste for pink cocktails. We chat some more though, and I soon learn that Clint has spent his life in law enforcement. Specifically, I learn that he worked with the secret service.

“Interesting,” I said. “Did you know John Barletta?” John is the only secret service guy I’d ever met. He guarded Reagan for years. I met him at the ranch once.

“Sure,” said Clint. I knew John very well. Good man. Died not too long ago.”

“Yeah,” I said. "I heard that. Did you read his book, Riding with Reagan?"

“Sure did,” said Clint. “He was devoted to the Reagans. Absolutely devoted.” Clint raised his pink drink to John Barletta, and we drank to his memory.

“Were you involved with Reagan?” I asked.

“Yeah, I guarded Nixon before that.”

“And Johnson before that.”

“And Kennedy before that.”

“No. I actually started with Eisenhower.”

“Wow,” I said. “Five Presidents? You must have some stories.”

Suffice it to say, he does. Turns out, the man sipping the pink cocktail with yours truly is the agent who threw himself over Jackie Kennedy in 1963, two seconds after her husband was assassinated in Dallas. Clint was not only there - he was in the middle of it. All of it.

Last night, I came home and read up on Clint Hill. This President’s Day, I encourage you to do the same. His story is incredible. https://clinthillsecretservice.com/ Better yet, download the #1 New York Times Best Seller about his remarkable life, Five Presidents. That's what I'm going to do. Then, I’m going to make myself a Clint, and think not just about the Presidents we remember on this day, but of the men and women who risk their lives protecting them.

Carry on, Clint Hill.
Carry on.