Turn your book into a movie: 16 treatment tips by Kenneth Atchity 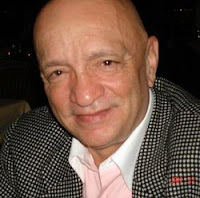 
A treatment is a relatively short, written pitch of a story intended for production as a motion picture or television program. Written in user-friendly, informal language and focused on action and events, it presents the story’s overall structure and primary characters. It presents three clear acts and shows how the characters change from beginning to end.

You can write a better treatment if you know about the typical weaknesses story editors find as they prepare each option’s “coverage” (see my book, Writing Treatments that Sell

). When you address these common weaknesses, you give your story a much better chance in the rooms where people decide whether, and how much, to spend on putting your story onto the screen.

Then you can use that treatment to market your story to Hollywood.


Here are 16 things to know about what your treatment needs to include.

2. Trim the number of characters way back so the treatment’s reader isn’t boggled by the immensity of the cast.

Also, keep the treatment focused as much as possible on the protagonist (and his or her love interest and/or ally) and antagonist. Comment: “There are way too many characters, and it’s not clear till page 200 who the protagonist is.”

4. Make sure your hero or heroine takes action based on his or her motivation and mission, and forces others in your story to react.

5. Offer a new twist in your story even if it’s a familiar story to avoid the comment: “There’s nothing new here.”

7. Make sure the turning point into the third act of your story is well-marked with a major twist that takes us there.

8. Create a well-pronounced theme for your story (sometimes called “the premise”) in the treatment, so that the reader (audience) walks away with the feeling they’ve learned something important.

Comment: “At the end of the day, I have no idea what this story is about.”
9. Be sure there’s plenty of action in your story.

Action means dramatic action, of which there are two kinds: action and dialogue. Action is obvious:

10. Sprinkle character-revealing dialogue throughout, enough to let the reader know what your characters sound like—and that they all sound different.

11. Make sure the plot is hidden not overt, dropping clues act by act so the audience can foresee its possible outcomes.

Comment: “At the end, the antagonist lays out the entire plot to the protagonist before he’s killed.”

12. Ruthlessly go through your treatment and remove anything that even hints of contrivance.

The audience will allow any story one gimme, but rarely two, and never three, before they lose their belief. Everything needs to be grounded in the story’s integrity.

13. Make it well-paced, with rising and falling action, twists and turns, cliffhangers ending every act, etc.

14. Be able to pitch your story  in a single punch line (aka “logline”), and put that line at the beginning of your treatment in bold face:


She’s a fish out of water—but she’s a mermaid (“The Little Mermaid,” “Splash”).
He’s left behind alone. On Mars (“The Martian”).
An inventor creates an artificial woman who’s so real she turns the table on her creator, locks him up, and escapes (“Ex Machina”).

This is also called “the high concept,” which means it can be pitched simply—on a poster or to a friend on the phone.

Comment: “How do we pitch it? There’s no high concept.”

15. Make sure your story feels like a movie, which includes taking us to places we’ve probably never been, or rarely been.

16. Get someone who knows the industry well to read your treatment and give you dramatic feedback on it before you send it out.

Of course anyone with the mind of a sleuth can list films that got made despite one or more of these comments being evident. But for novelists frustrated at not getting their books made into films, that’s small consolation.

If you regard your career as a business instead of a quixotic crusade, plan your novel’s treatment to make it appealing to filmmakers–and to avoid the story department’s buzz-killing comments.