It was our pleasure to work with Vince as Director on our Emmy-Nominated "The Kennedy Detail." 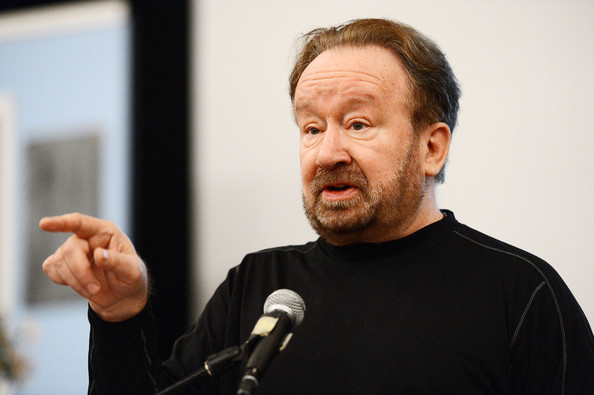 Vincent DiPersio (RUP ‘76) is a three-time Academy Award nominee for Documentary Feature. He has three Emmys. Last month he debuted a new film called Killed By Hate on the Oxygen Channel called Uncovered: Killed by Hate. It’s an examination of how the back-to-back murders of James Byrd and Mathew Sheppard led to Barack Obama’s enactment of Hate legislation and then examines how in the last two years hate has been on the rise in America.

On June 7th, 1998, James Byrd Jr, an African American was murdered by three white supremacists in Jasper, Texas.  He had been beaten, tied to the back of a car and dragged for three miles. Four months later, on October 6th, 1998, Matthew Shepard, an openly gay student at the University of Wyoming was beaten, tortured, set on fire and hung from a fence and left to die near Laramie, Wyoming. Both James Byrd Jr. and Matthew Shepard succumbed to brutal injuries, but it was a far greater force that took their lives: Hate. Nearly a decade after their murders, President Barack Obama signed into Law the Hate Crimes Prevention Act. With one swift signature America sent a message to the world; that we would not tolerate crimes committed against people based on their gender, sexual orientation, race, religion or disability. Now, ten years later, the real question is, has it worked?

Interviewer: I was hoping to talk to you briefly about the process in making Uncovered: Killed by Hate. You are playing to two very strong emotions: deep empathy and anger. As a director, I’d like to get your take on this. How do you tell the story in this setting? Obviously the interviews are very important. Could you say a few words about the role of empathy as you enter the process of making a film like this?

I’ve done so many projects where emotions run high.

Martin Luther King and Bobby Kennedy’s assassinations. The absurdity of the so-called war on drugs. The madness of gun violence. The lie that led African Americans out of the Delta up north during the war only to pull the rug out from under them once the white boys came home from the war. The horrors that police officers see every day.

I’ve had to shine light into a lot of dark corners. It could make you cold and cynical. Or by some mysterious gift of grace it could lead you by the hand to empathy. Somewhere along the line, I really don’t even know how, this rough neck kid from Philly acquired that grace.

I know this. I know that it starts with listening.

It begins with arming yourself with enough knowledge of a story that you feel confident about loosing that knowledge in the face of someone who actually lived it.

What I’ve come to understand over the years is that when people are in crisis, most of us rush in to help. To make it better. But in the process, intent on achieving some positive effect, we don’t really listen. We don’t let the other person fully express their grief. I’ve talked about it endlessly with my crews over late night beers. But collectively, we’ve come to understand that our job is to listen. To let the person we’re sitting with channel their voice through us. That’s the secret really. That simple act of listening, having the courage to understand that no matter how much you’ve prepared, you don’t know as much as the person you’re interviewing, sitting there listening, really listening, that’s what builds empathy.

Interviewer: What about anger?

The kinds of stories I try to seek out, something that needs serious illumination, those kinds of stories can surely raise your hackles. But again, and this happened over years, I’ve come to realize that anger can sometimes be just another pair of blinders. Anger can slant your vision, push you to infuse the story with too much of you and not enough of them.

I’ve also learned that yeah, you can make a dynamite film from that angry point of view. And that everyone who agrees with you will go along for the ride. But is that really your purpose? To preach to the converted? Or is it maybe more important to be expansive with your voice. To let in enough points of view so that maybe someone who didn’t agree with you going in, comes out the other side having the scales gently removed from their eyes.

So while I may throw an occasional shoe at the T.V. set, I’ve learned to temper my anger when I put on guy director’s hat and instead zero in on the larger, often very complicated truth.

The biggest part of all this though is your fellow travelers. The people riding around in that van with you from location to location, interview to interview. Over time you learn to read people quickly and to use that to surround you with people who not only share your approach, understand the empathy needed and the ability to be open, but that will also lift you up when you flag.

I always equate it being in a jazzer’s band, say like Miles. Miles always said that he wanted guys in his band that, if he were having an off night, would just play right over him. Guys who were going to make the night magic whether he was up to it or not. I”ve been lucky to find men and women to ride with me who are just like that.

Interviewer: And Goddard College? In what way did your education at Goddard prepare you for this work?

Vincent:  None of this, and I’m not being ingenuous, none of this would have been possible had I not come across a Goddard catalogue in my Community College back in Philly.

At the time I was an angry young kid. From a broken household and a dirt-poor neighborhood.

Fresh from a stint in the Army that just made the chip on my shoulder bigger. The men in my life up to that point were ravaged by drink and working class torpor. I’d been told so many times that I was worthless or wouldn’t amount to anything that I almost believed it.

The G.I. bill gave me the freedom to do what my broken household couldn’t- consider college.

Over the years however, I’d become awfully suspicious of rules, of authority, of the “accepted” way to go through your life. That Goddard catalogue, I remember it had a beautiful young woman in a peasant dress on the cover, promised something else. Promised the freedom and space I’d never had to explore, to figure out with some guidance exactly how to release this voice in my head that said things needed to be done about the world.

From the time I got off the Montrealer on that crisp fall morning and loaded into the back of a pick-up truck my life began to change. In those north woods, on that glorious campus I found men and women willing to reach out to me and ask me where I was headed, what I was trying to say.

For the first time in my life I was encouraged to not only find but also to have the courage to follow my own path. They did it with love, with compassion, with understanding. And with listening!

I mean this with all my heart, if it weren’t for Goddard, I wouldn’t be here today.

I was lost and those remarkable men and women who ran the joint and taught helped me find myself.

Vincent: Currently I’m working on a prison reform program with Kim Kardashian West, chronicling Kim’s efforts to get legislation passed to enact prison reform and to get the prison sentences of people who’ve proved themselves rehabilitated overturned, all in an effort to fight mass incarceration.