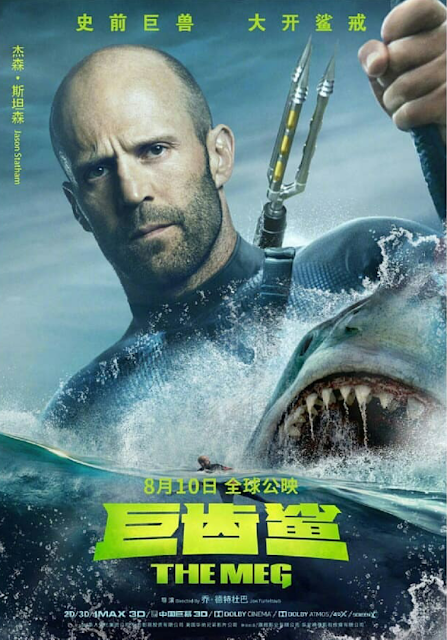 Jason Statham has been a regular fixture on our screens for over two decades now, but in the last few years, he’s enjoyed the most box office success of his career, largely due to his involvement in the Expendables and Fast and Furious franchises. Before that, the 53 year-old reigned for a long time as the king of the B-level action movie, churning out a series of formulaic genre flicks that were never anything less than watchable. But his career has really reached a whole new level as of late.

While a scene-stealing supporting role in Paul Feig’s Spy revealed a superb comic talent hidden underneath the rough exterior, Statham has tended to rely on his unique blend of gruff charisma to sell his personal brand, and it’s worked wonders for him. As a former competitive diver that represented his country at the 1990 Commonwealth Games, the Snatch star is obviously no stranger to the water, either, and that experience came in pretty handy when he headlined 2018 blockbuster The Meg.

National Treasure director Jon Turteltaub’s giant shark movie isn’t designed to engage the brain, but as an enjoyably preposterous piece of big budget entertainment, it definitely does the job. Jaws it most certainly isn’t, but it nonetheless ticks all of the boxes that you’d expect from a PG-13 effort armed with a budget of $150 million and populated almost entirely by recognizable but hardly A-list actors.

Audiences seemed to get a kick out of it, too, as The Meg wound up earning over $530 million at the box office, and a sequel is unsurprisingly said to be in the works. Netflix subscribers are loving it just as much as well it seems, as the enjoyable slice of mindless escapism is currently the ninth most popular title on the streaming service across the entire world today, with tons of people no doubt digging all the thrills it has to offer up.