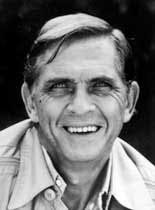 Ken Atchity at Atchity Entertainment International is launching a simultaneous pitch to New York publishers and Hollywood studios for the posthumously-completed manuscript of NYT-bestselling author William Diehl's SEVEN WAYS TO DIE. Prior to his death in 2006, Diehl had written over 400 pages of manuscript, and left behind a working outline, notes and chapter drafts.
AEI worked with Diehl and his screenwriting partner Michael A. Simpson, and along with his Cairo Simpson Entertainment took over the literary estate from William Morris. AEI and Simpson's Informant Media ("Crazy Heart") are currently producing Diehl's Eureka. Informant also optioned Diehl's Hooligans; Scott Abramovich's Breaking Balls Film optioned Diehl's 27, and Warner Bros. is developing a remake of Sharkey's Machine.