REMEMBERING MY MENTOR AND MASTER PROFESSOR AT YALE ERICH SEGAL

Erich Segal, a Yale classics professor turned popular writer whose first novel, “Love Story,” became a staggering commercial success if not quite a critical one when it appeared in 1970, died on Sunday at his home in London. He was 72.

The cause was a heart attack, his daughter Francesca said on Tuesday. Mr. Segal had been ill with Parkinson’s disease for 25 years.

Published by Harper & Row, “Love Story” was the novelization of a yet-to-be-produced screenplay by Mr. Segal. It chronicled the fate of star-crossed lovers, the highborn Oliver Barrett IV and the working-class Jennifer Cavilleri, who meet at Harvard, fall in love and, over the strenuous objections of Oliver’s family, marry. She dies, he cries and the story ends. 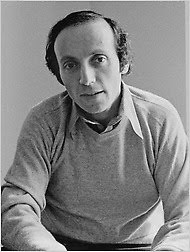 The novel spent more than a year on the New York Times hardcover best-seller list. It has sold tens of millions of copies and been translated into many languages.

Released to great fanfare on the book’s coattails, the movie, starring Ryan O’Neal and Ali MacGraw, appeared at the end of 1970. In a 2000 article, Variety called it “the first of the modern-day blockbusters,” writing that it had grossed nearly $200 million and saved its studio, Paramount Pictures, “which was facing imminent destruction.”

Along with the music, several of Mr. Segal’s lines are etched in public memory. They include the novel’s opening — “What can you say about a 25-year-old girl who died?” — and, in particular, as the film put it, “Love means never having to say you’re sorry,” an aphorism that inspired decades of permutations and parodies. In the novel, the line was “Love means not ever having to say you’re sorry.”

“Love Story” was in the news again in the late 1990s, after Al Gore, then the vice president, was reported to have described himself as the inspiration for Oliver Barrett. (Mr. Gore denied having been the source of the observation.)

Mr. Segal set the record straight: Oliver, he said, was mainly a youthful incarnation of the actor Tommy Lee Jones. He did say that he had modeled Oliver’s freighted relationship with his father on the Gore family.

Mr. Segal had met both Mr. Jones and Mr. Gore in the late 1960s, when they were students at Harvard and he was there on sabbatical.

Before “Love Story,” Mr. Segal’s writing credits ranged from the screenplay for the animated Beatles movie “Yellow Submarine” (1968), on which he collaborated with several other writers; to “Roman Laughter” (Harvard University, 1968), a study of the playwright Plautus that was widely considered seminal; to the book and lyrics for “Sing Muse!” (1961), a musical version of the Helen of Troy story that ran for 39 performances Off Broadway.

Erich Wolf Segal was born in Brooklyn on June 16, 1937, the son of Samuel Segal, a rabbi, and the former Cynthia Shapiro. After graduating from Midwood High School, he earned a bachelor’s degree from Harvard, where he had the distinction of being both class poet and class Latin orator. He went on to earn master’s and doctoral degrees from Harvard.

From the 1960s to the 1980s, Mr. Segal taught classics at Yale. He continued to work as a classicist long after he became a successful novelist, holding visiting professorships at Princeton, Oxford, the University of London and elsewhere.

Mr. Segal first envisioned “Love Story” as a film. According to many published accounts, his screenplay was rejected by several studios as too sentimental for the time. Paramount urged him to release it as a novel first.

The novel’s prose style ran from the telegraphic (“That she loved Mozart and Bach. And the Beatles. And me.”) to what might easily be taken as comic (“ ‘Jenny, for Christ’s sake, how can I read John Stuart Mill when every single second I’m dying to make love to you?’ ”)

While millions of readers swooned, most reviewers harrumphed. “The banality of ‘Love Story’ makes ‘Peyton Place’ look like ‘Swann’s Way’ as it skips from cliché to cliché with an abandon that would chill even the blood of a True Romance editor,” Newsweek wrote.

In early 1971, after “Love Story” was submitted for consideration for a National Book Award, the fiction jury threatened to resign in a body unless the novel was removed from contention. It was.

But if critics found his novel insufficiently weighty, Mr. Segal appeared to take it in stride. “It takes the average person an hour and a half to read the book,” he told The New York Times in December 1970. “The movie lasts longer.”

Mr. Segal is survived by his wife, the former Karen James; two daughters, Francesca Segal and Miranda Segal, both of London; his mother, Cynthia Zeger of Manhattan; and two brothers, David, of Manhattan, and Thomas, of Baltimore.