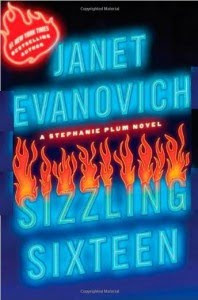 In a shocking development, bestselling author Janet Evanovich is leaving St. Martin's Press after 15 years. The publisher refused to pay her request for $50 million for her next four books -- so now her son/agent Peter Evanovich is expected to shop the deal to other publishers shortly. I'm told Evanovich is St. Martin's biggest fiction author, best known for her novel series about bounty hunter Stephanie Plum. Katherine Heigl will play her in One for the Money, a Julie Anne Robinson-directed film for Sidney Kimmel Entertainment and Lakeshore that Lionsgate will distribute.

The St. Martin's Press decision is the way that publishing business is going these days, with houses crunching the bottom line and not giving the kind of advances to franchise authors that were commonplace five years ago. Still, publishing industry insiders said Evanovich's ask was on the high side, despite her bestselling track record. Her latest novel, Sizzling Sixteen, has been near the top of the bestseller lists since its publication earlier this summer. Evanovich's longtime St. Martin's editor, Jennifer Enderlin, said, "I'm not commenting on anything."