Interview - Lisa Cerasoli on her novel Nora Jones Fades Away 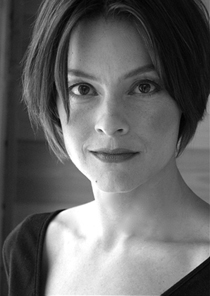 Interview – Lisa Cerasoli for her novel Nora Jo Fades Away which led to the short film 14 Days with Alzheimer’s. (The Memory Thief)

Lisa Cerasoli seems to have had a busy lifestyle since graduating high school. She worked in L.A as an actor for a while and played roles in various series such as Oh, Grow Up, Diagnosis Murder, Pensacola Wings of Gold (Wow), The Pretender and was a series regular on General Hospital. Nowadays she is known for her novels, On the Brink of Insanity and As Nora Jo fades Away: confession of a Caregiver, and her new film, “14 DAYS with Alzheimer’s.”
Lisa was introduced to me via Ken Atchity who also introduced her to her love for writing, and was the executive producer on “14 DAYS with Alzheimer’s.”

Before I really get into our whole interview I have to ask. Pensacola Wings of Gold. Tssk tssk - how was it to work with Kenny Johnson? He was like one of my Oh so bad crushes when I was a teen? 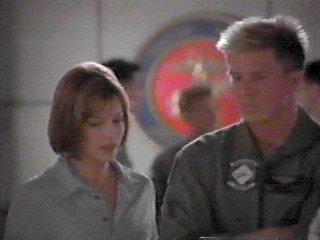 If memory serves, Kenny had the most incredible pecs sitting atop a sweet six pack with perfectly bronzed skin and...He was a mighty fine kisser. I’m sorry; is that what you meant? I mean, he was great to work with - he knew all of his lines ALL THE TIME! And he’s very nice.

From everything I have read to date, I can see that your life holds a whole whack of crazy but interesting experiences. I usually call these busy lifestyles - full. What is your interpretation?

I read in The Only Astrology Book You’ll Ever Need that due to the nature of my sign - double Aquarius with my moon in Gemini - I attract oddballs. Also, I’m childlike and childish. That said, I like oddballs (I might even be one). And I outgrew “childish” when I moved from Hollywood to Northern Michigan to care for my dying father, and then his father...and then his mother. Both my grandparents died of Alzheimer’s. My grandmother, the fabulous Miss Nora Jo, died in my home two years ago, surrounded by loved ones. I love acting and writing, but I’m incredibly lucky to have been able to be there for my family. Plus, my caregiving experiences brought out the more intense writer in me, and a filmmaker that had been itching to come to the surface for years. In summation, my interpretation of my life is that it is “colorful.” It keeps me on my toes. 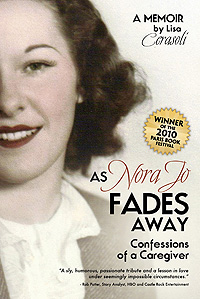 As Nora Jo fades Away is a memoir based on your own grandmother. How did it feel to write and publish something that was so close to your heart?

It made the caregiving experience more fulfilling. That might sound harsh, but caring for someone with Alzheimer’s is extremely draining, both emotionally and physically. My gram got “interviewed” for the book a bunch, so she felt like she was a part of the process, even if she couldn’t remember it. It kept us both busy. Also, when the book got published, she absolutely adored the photo I put on the cover, which was a shot of her when she was twenty-five. She looked like a Hollywood starlet, truly. She’d walk by the book and say, “Who is that gorgeous girl on the cover of that book? Oh, for God’s sake, it’s me!” She was so proud. And I felt like I had figured out how to build a bridge between the life I had left behind and the one I had now as a caregiver. I guess you could call that “purpose.” I felt like my old life and new one had joined forces and I found my purpose.

I could never write reality, simply since my life always seems fairly dull in comparison with others, what was your initial worry prior to publishing something so personal?

Well, I’m not so sure I believe that for a second - that your life is dull. Is it possible that you don’t want to “lay it all out there?” That’s what a memoir or nonfiction is to me, it’s taking “your story” and  laying it ALL out there. Otherwise, it’s just a documentation of facts, which can be drab, or dull or boring. I didn’t have any worries regarding the intimacy of the subject matter Anybody could ask me anything about my life within five minutes of meeting me and I’d give them a straight answer. I’ve always been like that: an open book. The only way to write a book on Alzheimer’s is to get down-right personal. My goal was to reach out to caregivers, create awareness and entertain while I was doing it. Where’s the fun in learning when it feels like work? Also, caregiving is a lonely job. I knew I couldn’t have been the only person feeling that. And, I had yet to read a book on the subject that defined every aspect of the illness. We had fun. I went nuts a few times (a day). There were real scares, but also moments that were so touching between my gram and my five-year-old daughter, Jazz, because of the illness.  If I didn’t write about all of it, what would have been the point?

Your ratings on Amazon are 5 Star, was it a relief to have so many readers accept, like and associate with your work?

Yup, yup and yup! But, my favorite part since I’ve been able to tour the country with the book and the film is seeing the relief in other people’s eyes when I speak so frankly about my experience. 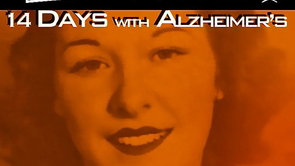 How did the novel transgress into the short film “14 Days with Alzheimer’s?”

I had just returned from Maria Shriver’s 2010 March Against Alzheimer’s in Long Beach, California and I felt like there could be a faster and more “current” way to create Alzheimer’s awareness and reach the masses, especially younger generations. When that dawned on me, the answer was simple: film. I had to start filming us. So, I bought a FLIP and carried it around day and night. I pulled that thing out every time I felt any kind of “Alzheimer’s moment” happening. And I took out the camera for quite a few regular, day-in-the-life scenes, and to interview gram. The documentary is a culmination of all of that.

The Short Film has thus far received fifteen national awards during 2011, ’12 and ’13 including Audience Choice Award in Boulder’s Life & Death Matters Film Fest, a WIN at the Los Angeles REEL Film Festival, plus Best Unscripted Film in Randy Becker’s 2013 Web Series and Indie Film Competition. This is definitely putting something close on another level, how did you cope with the upward spiral?

I was happily surprised and so grateful that people wanted to “participate” in my story, even as a viewer. Watching a film about Alzheimer’s and caregiving is a bonding experience. My film had a zero budget and I was a first-time filmmaker. I am indebted to Ken Atchity for stepping into the executive producer position. He guided me through post production. I had all this film footage on my hands and virtually no film making skills. So, we started with a one minute and thirty second mini-movie and worked up to the twenty-nine minute final version. We’d like to see “14 DAYS...” as a feature, so we’re not done yet!

Was the idea always to support research and patients of Alzheimer’s? 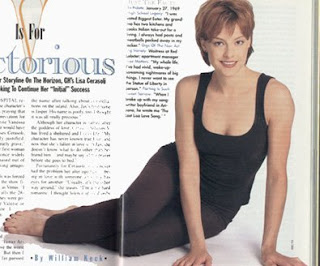 Yes, the idea from the onset of the memoir was to create awareness for people who suffer from Alzheimer’s and other dementia-related illnesses, and to connect the people who care for those people. Caregivers need to know that they are not alone in their feelings or their endeavors. Now, bear in mind that I was already a writer, so the idea was also to occupy my mind and my grandmother’s time. Writer’s “need” to write. And my gram needed near-constant companionship. “Necessity is the Mother of Invention,” that’s what they say. I guess, together, Gram and I created a book and then a film.

How has the general public changed towards you as a person since the release of your novels and films?

Total strangers will whisper to me their secrets often before I even know their names. It’s pretty amazing to know that in some way the book and film have compelled people to “free” themselves, if only temporarily, of the stories that burden them as caregivers.

From reading your own Bio one would think that your life has reached the sky, where to from here on-wards?

I have a long way to go, a lot of people to reach and a slew of new ideas bouncing around my brain.  I’d like to see As Nora Jo Fades Away on the New York Times Best Seller list (pretty please!). Let’s start there.

www.lisacerasoli.com is my official website. I have a YouTubeChannel: LisaMarieCerasoli.
And you can find Lisa on Facebook. I take messages and orders off there all the time.
Twitter: @lisacerasoli

Thank you so much for the interview!

Lisa thanks for allowing MA to get a glimpse of your very hectic lifestyle. We wish you all the best in your future endeavors.

Email ThisBlogThis!Share to TwitterShare to FacebookShare to Pinterest
Labels: 14 Days With Alzheimer's, As Nora Fades Away, Interview, Lisa Cerasoli, My Addiction, Nadine Maritz