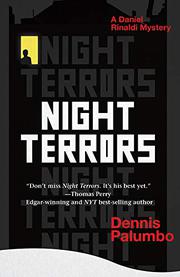 Now that Wesley Currim has confessed to killing wealthy Wheeling coal-mine executive Edward Meachem and led Chief Avery Block and Detective Sgt. Harve Randall to the headless corpse, you’d think the case would be closed. But Wes’ mother, Maggie, swears he’s innocent and provides him with a cast-iron alibi he’s determined to repudiate. Do Block and Randall have the right man in custody? Dr. Rinaldi, who went along with them since Wes had refused to talk unless he was called in, can’t say. And he has no time to yield to Maggie’s pleas and break Wes’ confession because he’s been snatched off the street by FBI agent Neal Alcott and plunged into a different nightmare. Even though John Jessup, convicted of killing four prostitutes, has been beaten to death during a riot in an Ohio prison, the pen pal calling himself “Your Biggest Fan” is determined to avenge him by carrying on in his tradition. In short order, the prison guard who killed Jessup, the judge who sentenced him to four life sentences and the Cleveland ADA who prosecuted him are shot. Not surprisingly, Lyle Barnes, the retired FBI profiler who helped nail Jessup, is having night terrors, and Alcott wants Rinaldi to meet with him and calm him down. For his part, Rinaldi wants to be left alone to consummate his stymied romance with Detective Eleanor Lowrey of the Pittsburgh PD. How likely is that when the entire tri-state region is full of serial killers and killers-in-training?

Some thrillers are beach reads. Palumbo’s are strictly for late at night and for readers who have no pressing engagements early the next day.