Join Me on February 15, 2014 at Southern California Writers Association Lecture on the "Pros & Cons of Direct vs, Legacy Publishing"

Opportunities in a Dynamic Environment 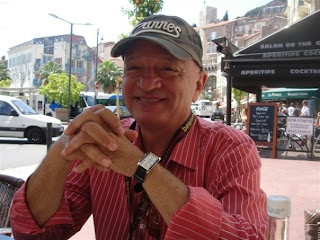 Story Merchant Dr. Ken Atchity believes in the power of stories to change the world. A storyteller himself (his recent thriller, The Messiah Matrix , can be visited on www.messiahmatrix.com) Ken has been privileged to spend a lifetime helping stories reach their ideal audiences in both publishing and entertainment. As a literary manager he has sold over 200 books (fiction and nonfiction), and overseen over twenty New York Times bestsellers, including Mrs. Kennedy and Me, The Kennedy Detail, Dracula: The Un-Dead, and The Last Valentine. As a producer working with both major studios and indie financiers, he’s produced thirty-something films, most recently Hysteria, Erased, The Lost Valentine, and the Emmy-nominated The Kennedy Detail.

His own books include several for storytellers, including How to Publish Your Novel, Writing Treatments To Sell, and A Writer’s Time: A Guide to the Creative Process from Vision through Revision.

Former professor of comparative literature at Occidental College and Distinguished Instructor at UCLA Writers Program, Ken has also served as Fulbright Professor to the University of Bologna and as regular book review for The Los Angeles Times Book Review for twenty years.

With what he calls “the new Gutenberg Revolution” in full sway with the technologies of communication, Ken says, “I’ve not been this excited about helping storytellers for years. Today there is truly a level playing field, where the old gatekeepers are giving way to new methods of reaching the audience.” At the recent Thrillerfest in New York, his talk on “Direct vs Legacy Publishing” was the most highly-attended workshop in Craftfest. His analysis of the situation can be found on his website www.storymerchant.com.

For all his background as manager, producer, writing coach, and author, Ken is proudest of being known for “thinking outside the box.” “If I find someone stuck in old ways of thinking,” he says, “I’m not sure I can help him. We’re living in a world of accelerating change, and your mind must be open to seizing the opportunities such a dynamic environment presents. Storytellers haven’t been this fortunate in over a hundred years.” That’s what Ken will talk to us about when he speaks in February.

He can be reached at Atchity@storymerchant.com.