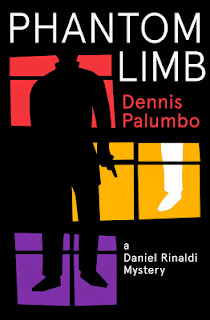 Psychologist Daniel Rinaldi’s newest patient has made a deal with him: he’s got just one hour to talk her out of committing suicide. Then she’s kidnapped

This fast-moving American thriller is narrated by  Rinaldi, and involves a good cast of classic noir characters: wise-cracking ex-actress Lisa Harland and her rich, older husband, Charles, who runs most of the city; ex-vet security guard Mike, and James, Charlie’s wastrel son; the enigmatic kidnapper Julian, and his tame thug, Griffin. On the side of the angels are spunky Agent Gloria Reese, good cop Polk and bad cop Bigler. Rinaldi is a genial hero, still carrying baggage from his past. The action is constant, with guns, explosions, hair-breadth escapes and a tense ending with a surprise perp.

The dialogue is snappy. This is the fourth Rinaldi novel, and although previous events are mentioned, there are no spoilers, and it reads well as a stand-alone.

A page-turning American thriller with a likeable psychologist hero.


You can order PHANTOM LIMB from your favorite independent bookstore, or from the publisher, Poisoned Pen Press.

You can also order PHANTOM LIMB direct from Amazon.