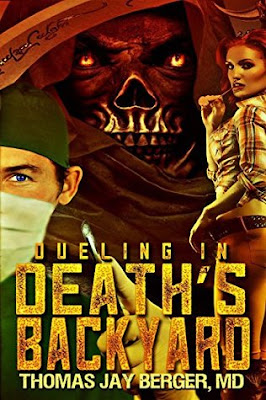 What is it like to stop a heart and duel with death in his own backyard with a human life at stake? Until now, only a cardiac surgeon could know.
And only a cardiac surgeon with the skills of a Faulkner award winning writer could bring readers not just into the O.R. but into the heart itself to share that cosmic experience. In Dueling in Death’s Backyard, Thomas J Berger, MD – trained by Dr. John Kirklin, the true Father of Cardiac Surgery -- does exactly that and does it in the context of a medical murder mystery exposing a VA hospital scandal from decades before they became front page news.
After 13 hours and 30 units of blood, Cooper Logan and his mentor, Holt McDuff had nearly succeeded in replacing the old farmer’s entire dissected aorta. When the final suture line exploded, they were soaked in sticky scarlet blood in seconds and what had been a human being became a pile of organic junk. If the difference was a soul, it had slipped unseen through their fingers. Although he hadn’t slept in days, Cooper insisted on closing and breaking the news to the family. At least he could spare Holt those depressing final chores.
A wrestling scholarship had taken Cooper from a troubled youth in Boston to a surgical residency in Birmingham, Alabama, where he fit in like a Hell’s Angel at a British High Tea. He was more Clint Eastwood as Rowdy Yates than Richard Chamberlain as Dr. Kildare, and everyone kept telling him he didn’t look like a doctor.
Cooper was obsessed with becoming a cardiac surgeon -- stopping hearts and pitting his scalpel against Old Grim’s scythe right there in Death’s backyard. Most doctors spend their lives avoiding such situations. Only Cooper, and other cardiac surgeons, live to fight on that mystic battlefield for the life of every patient.
Culture shock and hospital politics threaten Cooper’s chances for success, but with Holt’s help he is on track to complete his residency. Then, conflict with a drug addicted nurse and her powerful protector get Cooper fired. His lover dumps him and it seems that things couldn’t get much worse. Then they do. The druggy nurse is murdered and Cooper is framed for the crime. Dr. McDuff seems to want to help but has his own secret agenda. To save his dream and his life, Cooper must unravel a mystery decades older than he is, and solve a murder in the process.
“Gently Cooper...caress her. The coronary is a women...caress her with the scalpel and she will open herself for you.” 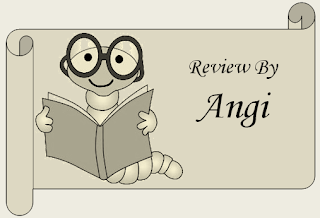 I have to say this was different from my usual. In a good way! The dramatic opening page where you've a man bleeding out, told in a very graphic way. With the twist of being told as a doctors memoir.  I really enjoyed it, and was a bit concerned this opener couldn't be topped. That was my mistake, entirely. It could, it did!I liked the character of Tiny the best. As much as I liked the character of the trainee doctor, Tiny just had so many facets. He wasn't just the stereotypical dumb criminal, you actually liked him, despite knowing he was a character who'd take you out without a thought, and I don't mean for dinner!!The book twisted and turned and everyone had a dark secret, or something they would rather you didn't know.
If you don't like details about medical procedures, and how heart operations work, I'd say steer clear, but if you like knowing from a real doctor,  the story itself is fiction ,but you can sense some of the thoughts and feelings are true.
Give this book a go, if it wouldn't normally be on your genre of choice. So glad I did!! 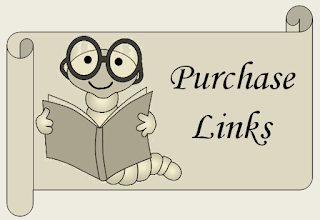 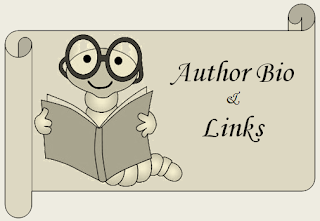 Tom Berger is a Faulkner Award winning author, distinguished cardiac surgeon, adventurer, and lifetime martial artist. After training with his mentor, Dr. John Kirklin, the true Father of Cardiac Surgery, Dr. Berger went on to start his own cardiac surgery program in a small town in Montana. His program was recognized by the Wall Street Journal as being tied for the lowest mortality in the nation for Medicare coronary artery bypass procedures. Settled now in Miami, Dr. Berger continues to train in the martial arts, writes, and consults as an expert in medical malpractice cases.