Shining the Sunlight on Family Addiction by Willam G. Borchert


Having been sober for many years now, it continues to frustrate me no end that despite all those in the recovery field striving gallantly to educate the world about the fact that alcoholism is a disease, the shame and stigma remain. Too many people still consider abusive drinking a moral weakness or the lack of will power.

Sadly, I’m convinced that’s why so many alcoholics and drug addicts deny their addiction and why this denial keeps them sick, makes them sicker and kills too many.

I have felt this stigma more than once in my own life and still do on occasion. Even though I have become a rather successful author and screenwriter, I can still see people pause and reflect when, should the situation call for it, I mention that I am a recovered alcoholic.
For a long time I prided myself on being one of those people who was totally open about his sobriety—that my recovery was an open book and I was only too happy to offer you chapter and verse should you be interested. I didn’t realize I was practicing halfway measures until about two years ago when I was forced to come face-to-face with all the skeletons in my “alcoholic closet.”


Openness Can Help Reduce the Stigma

I was speaking at a large convention in West Palm Beach, Florida and, since there were many gray heads in the hall, I happened to mention the terrible relationship I had with a drunken father when I was a child. I had never done this before. Then I went on to say that my father also found the miracle of sobriety and how his recovery and my own helped heal both of our families.

After my talk, the convention chairman and I struck up a conversation about how the disease of alcoholism creates so much pain, despair and disaster in families, that it is truly a family disease and that so many don’t know how to break the cycle of addiction.

The chairman then suggested that since I had written eight books and several movies on the subject of recovery—including the most watched television movie ever made, “My Name Is Bill W.” —that I write a book about my father and I and how alcoholism affected our families.

My initial reaction was negative. I didn’t want to face all those skeletons again, all that pain and shame, reliving a past I had put behind me. I had always thought that being open about my own disease was enough. But the more I thought about it, the more I came to realize it wasn’t—not if I was sincere about helping people, including families, find a way out as my dad and I did. And the more I talked with close friends including my wife, the more they helped convince me it was a book I should write. I finally did.

I didn’t realize until I completed my research and put pen to paper that this would be a book that would help me come completely out of the shadows of addiction and into the bright sunlight of personal and family sobriety. I found joy and gratitude in places I had never looked before. 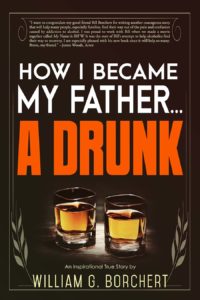 I came to realize that there are millions of families trapped in the malady of addiction. Faced with a husband or wife or a son or daughter getting sicker by the day from abusive drinking or taking drugs, the shame and stigma only makes things worse. They don’t know where to turn or what to do. Hopefully, the experience of my family and my father’s family will help show them the way.

So I keep writing about how recovery from addiction can lead to productive and fruitful lives, hoping that somehow it might reduce the shame and stigma and that more people will come out of the shadows and into the sunlight.

I would like to believe that the more the world comes to know “the sober alcoholic”, the more the stigma will gradually disappear. At least that is my hope. 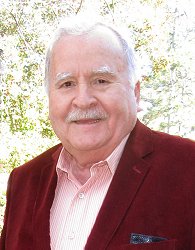 Guest author, William G. Borchert, is shining the light on family addiction. As readers of BreakingThecycles.com well know, this disease affects not only the person who has the substance use disorder (aka addiction), but it affects their families. Together, they represent approximately 120 million Americans – that’s roughly one-third the American population! So it is with great respect and admiration that I share William’s (Bill) guest post on this devastating family disease and the life-fulfilling recoveries that all whom are affected can share.

William (Bill) is a multi-published author, national speaker, and Emmy award-nominated screenwriter. In addition to his long career as a book and screen writer and movie producer, Bill is the author of the movies, “My Name Is Bill W,” starring James Garner and James Woods, and “When Love Is Not Enough,” starring Winona Ryder and Barry Pepper. His film, “My Name Is Bill W.,” has become the most watched television movie ever made. Bill and his wife, Bernadette, live in Stratford, Ct. They have nine children and 24 grandchildren. His latest book, How I Became My Father…A Drunk is available at Amazon.com. To learn more about Bill and his work, visit his website, WilliamBorchert.com