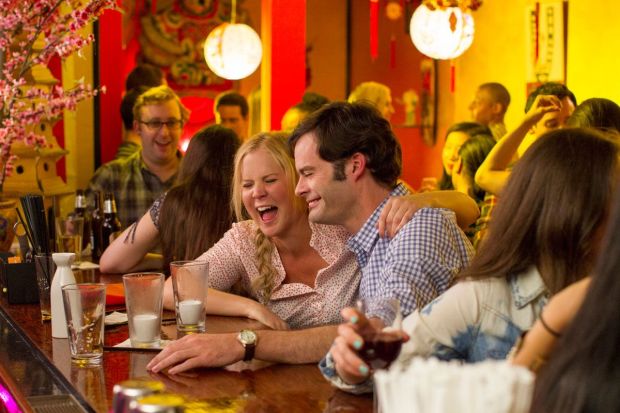 A scene or sequence identifying the exterior and /or interior conflict (i.e. unfulfilled desire), the “what’s wrong with this picture” implied in the protagonist’s (and/or the antagonist’s) current status quo.

The inciting incident that brings man and woman [or man and man or woman and woman] together and into conflict; an inventive but credible contrivance, often amusing, which in some way sets the tone for the action to come.

Traditionally occurring at the end of Act 1, a new development that raises story stakes and clearly defines the protagonist’s goal; most successful when it sets man and woman at cross-purposes and/or their inner emotions at odds with the goal.

A situation that irrevocably binds the protagonist with the antagonist (often while tweaking sexual tensions) and has further implications for the outcome of the relationship.

Traditionally occurring at the end of Act 2, stakes reach their highest point as the romantic relationship’s importance jeopardizes the protagonist’s chance to succeed at his [or her] stated goad–or vice versa–and his [or her] goal shifts.

Wherein the consequences of the swivel decision yield disaster; generally, the humiliating scene where private motivations are revealed, and either the relationship and/or the protagonist’s goal is seemingly lost forever.

A reconciliation that reaffirms the primal importance of the relationship; usually a happy ending that implies marriage or a serious commitment, often at the cost of some personal sacrifice to the protagonist.