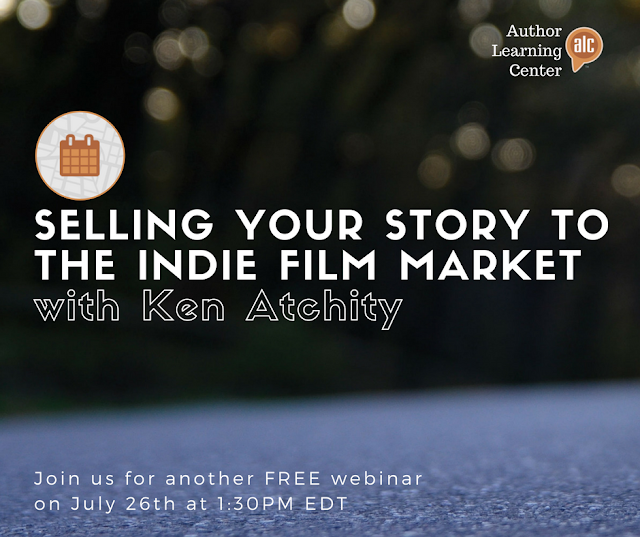 The explosive independent (“indie”) film market is the primary entry point for books seeking adaptation to film. Indie producers are much more accessible to new authors today than studio buyers, and can be approached through representatives like attorneys, agents, and managers, or sometimes directly by email or meetings at writers’ conferences. This webinar will help you understand (1) what the indie market wants to buy; (2) how to prepare your sales materials for this market; and (3) how to find your way to the buyers. Dr. Atchity will also cover expectations, shaping your Hollywood career, and how to learn the nuts and bolts of the indie market.

• Loglines
• Treatments
• Should I write my own script?
• The book to film conveyor belt


About the Presenter: Dr. Ken Atchity (Ph.D Yale) believes in the power of stories to change the world. He’s produced over 30 films for television and cinema, including Hysteria, The Lost Valentine, Joe Somebody, The Amityville Horror: The Evil Escapes, and Warner Brothers’ forthcoming Meg (starring Jason Statham, directed by Jon Turtletaub). As a literary manager (“The Story Merchant”) he’s made hundreds of book and film deals for his clients, including nearly 20 New York Times bestsellers. He’s written two dozen books of nonfiction (A Writer’s Time, Write Treatments That Sell, and Sell Your Story to Hollywood) and fiction (The Messiah Matrix, Seven Ways to Die). After nearly 20 years as Fulbright professor of comparative literature at Occidental College, he assists writers reach dream career objectives in his five companies that deal with every facet of a writer’s career