9 Powerful Secrets That Will Supercharge Your Fiction

Secrets are the engine that keep a story moving forward. 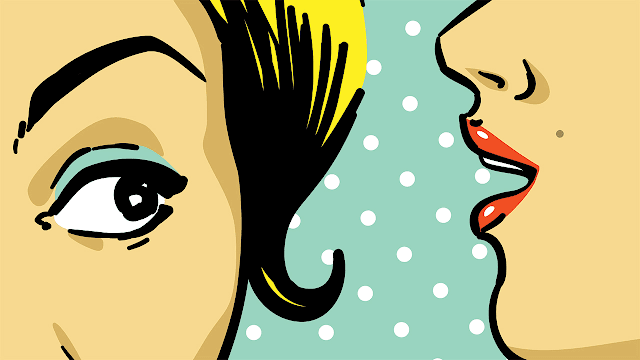 Every book must have at least one because secrets are the jet-powered engine that propels fiction forward. Ever notice how many blurbs in the daily BookBub email include the word secret?

Secrets provide motivation, plot, character, even a setting (a haunted house, anyone?) From Madame Bovary to Carrie, from Rebecca to Big Little Lies, from thrillers to romance, from mystery to women’s fiction to sci-fi, every story revolves around a secret.

Secrets ripple outward and can produce unexpected consequences a writer can take advantage of. Secrets need to be protected, denied, defended, and excused. This means they will have predictable (and unforeseen) consequences. These consequences will affect the people who guard them, excuse them, or wilfully blind themselves to their existence.

People with secrets are good at keeping them—until they’re not—or else until some external event spills the beans.

For example: a nuclear leak from a secret underground testing site that becomes a global headline. The slip up—the “tell”—will then become a major turning point in a novel.

In fiction, secrets must be revealed, and the tension secrets create must be resolved. As you plot, plan or pants your book, you will find that a well-chosen secret will provide you with a focus.

That focus will energize your writing—and your book.

1. Secrets With A Silver Lining
Silver lining secrets can work well in romance or cozy mysteries.

What if someone finds out that the Famous TV Chef thinks the local greasy spoon makes better french fries? Yes, better than than the ones FTC makes in her fancy, custom-designed, multimillion-dollar kitchen.

While that might be embarrassing, it won’t kill anyone unless someone adds poison. (That could work in a thriller or a mystery). Of course, that might not even necessarily end the FTC’s career. With shrewd PR, the Greasy Spoon Affair could make that chef even more famous. As long as the FTC doesn’t serve Greasy Spoon fries for $35 a pop in her pricey restaurant and pass them off as his/her own. Then someone might call fraud and costly lawsuits might ensue.

And a cute, sexy lawyer might appear to make all the bad stuff disappear and provide a HEA for our beleaguered heroine.

State Secrets are the meat and bones of thrillers from Eric Ambler and John Buchan to Charles McCarry, Ian Fleming and John Le Carré. The plots of spy novels revolve around characters adept at uncovering secrets, keeping secrets, stealing secrets and, in The Manchurian Candidate by Richard Condon, secretly transformed by brainwashing into a deadly weapon—a sleeper assassin, programmed to kill without question or mercy.

The cast of characters holding state secrets also include—

The spy who can’t be trusted: the treacherous double agent.
The scientist—mad or otherwise—who has created—by accident or on purpose—the formula for a new, population-decimating chemical weapon.
A powerful world leader—a paragon of enlightened leadership or a Stalin-esque dictator—suffering from a fatal disease or destructive neurological condition that must be concealed—or else!
An secret international conspiracy—ever hear of a well-publicized conspiracy?—whose goal is world domination.
A top-secret assassination plot the hero must uncover and stop.
A fatherly-looking but secretly demented, power-crazed lunatic who threatens the stability of international financial markets and, thus, world peace itself.

In my novel, Love And Money,  (Get it free with the link below…Anne) , the mistress and the wife of a wealthy man deliver babies at almost the same time. The half-sisters, who do not know of each other’s existence, grow up in different worlds, one a beautiful, indulged heiress, the other a wrong-side-of-the-tracks neglected child, a dramatic disparity that allowed me to write about class, envy, privilege, resentment and ambition.

Family secrets take a starring role in sagas and women’s fiction—and in memoirs.

An upstanding citizen who is in reality a deadbeat dad who might—or might not—reconcile with his children.
A PTA shining star but secretly neglectful mom who might—or might not—see the error of her ways.
The sibling who stealthily cheats his brother/sister out of his/her inheritance
The rich/powerful/vindictive/creepy relative no one wants to cross.
A family fortune created through hard work and persistence—or was it?
The alcoholic/mentally ill relative whose erratic, unpredictable behavior affects several generations.
An accidental death that wasn’t so “accidental”
The blurb for Alan Cumming’s #1 New York Times bestselling memoir, Not My Father’s Son, refers to “deeply buried family secrets that shaped his life and career.”

These are the secrets that form the spine of mysteries.

Who-dun-it?
Why’d-they-do-it?
How’d they do it?
How can the MC track down the bad guy or gal?

When someone shoots aging bad-girl rocker Morgan Le Fay and threatens to finish the job in Anne’s The Lady of the Lakewood Diner, people assume the perp’s a fan of Morgan’s legendary dead rock-god husband. However, the real reason for the attack may be a secret buried in Morgan’s hometown where her childhood best friend may be the only person who knows the dark secret that can save Morgan’s life.

Anne uses that one secret to propel the plot forward throughout the book.

Open secrets are the emperor-has-no-clothes, Harvey Weinstein, Jerry Sandusky, women’s gymnastics’ category of secrets. These are the secrets that can be used to ensnare numerous connected characters who might or might not be related.

Open secrets create a Potemkin Village faux reality in which characters who need to protect themselves from exposure—and consequences—pretend not to know what they actually do know. Lost in a web of confusion, deceit, evasion and denial, these characters are forced by circumstances over which they have no control to become liars, hypocrites, and classic unreliable narrators.

“Everyone knows” but no one says anything—until someone does—at which point your plot attains jet speed velocity.
Open secrets can be played for drama—or even for humor.

The Big Boss is a predatory sexual abuser so people who must work with or for him keep their distance, whisper warnings to others, know better than to share an elevator or after-work drink with him, go to great lengths to make sure they are never trapped alone in his office/hotel room with him.
No one admits that Uncle Jim is an incompetent screw-up who can’t keep a job. However, when he wears a suit and tie, he looks like he belongs in a boardroom—until he insults a powerful CEO. At which point, the company’s stock takes off and everyone gets rich by mistake and Uncle Jim is forced to straighten up and fly right.
Aunt Susie has a shoplifting problem but the family pays off stores to keep her out of jail and her “problem” is never mentioned—until she lifts a hundred-thousand dollar diamond ring and, this time, the family can’t afford to pay and all hell breaks loose.
Cousin Bill, captain of the football team, has tried suicide several times, but the family refuses to admit/confront his mental health issues—until he is photographed pointing a gun to his head on the sidelines at the Big Game.
Niece Eileen is about to marry her long-time girlfriend but none of the family will help her pick out her dress or plan her wedding because “everyone knows no one in our family is gay.” Drama, tears, laughter, and hugs ensue.

7. Secrets We Keep from Ourselves

These are the character-driven secrets. In We Need To Talk About Kevin, Lionel Shriver unveils a bleak reality as the MC reveals feelings about motherhood, marriage, and family kept secret until her young son murders classmates and she is forced to confront her own possible responsibility.

Your MC is an addiction expert who doesn’t realize his/her own kid is an addict. S/he misses the signs: the switch to long sleeve shirts or blouses, the constant need for money, the requests for “loans” that don’t get repaid, the frequent questions about “when will you be home?” so your MC never sees his/her kid high.

The wife who doesn’t see tip-offs to her husband’s affair although the clues are in plain sight.

In my NYT bestseller, Decades, Evelyn Bain sees signs of her husband’s affair all around her. The unexplained late nights at the office. The way he disappears for weekends for “business.” His provocative banter with his friends about their extra-marital sexual exploits. But she denies their meaning to herself. Until the secret is dramatically revealed and Evelyn’s life is turned upside down.

Secret dreams provide the skeleton of Cinderella stories. They often lie at the heart of romance in which the couple need to unlock each others’ secrets in order to achieve their HEA.

The girl (or guy) jilted/left at the altar who has vowed never to fall in love again—until s/he meets Ms. or Mr. Right. But they must resolve the injury of the past.
The couple who break up but meet again and must work through the secret anger/misunderstanding that has kept them apart.
The gorgeous guy who has women falling all over him, but who secretly yearns to find The One.
The beautiful, successful entrepreneur who doesn’t have time for romance—but secretly longs to be swept off her feet.

This a wonderfully informative and entertaining blog.  I recommend checking it out.