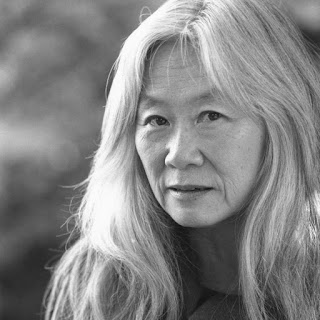 THE BROTHER IN VIETNAM 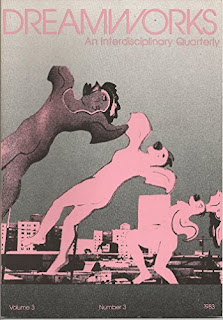 When I went to Singapore, where I have maybe fifty relatives, I found part of the family that my mother left behind forty years ago, and never saw again, and will probably not see again. My newfound aunt told me she had dreamed that the ghost of her husband had escorted me to Singapore. "And what does your mother dream about?" she asked. I understood that if I am to know someone well, I have to know what she dreams about. Dreams are more telling than news about one's job or health. I told my mother's dreams, and so felt that I am a worthy connection between family members who are far apart.

To write thoroughly about people, tell not only what work they do but how they spend their days off, and tell what they dream. In the following excerpt, "The Brother in Vietnam," the brother has three nightmares as his ship sails to Asia. The on-scene killings that take place in this story occur in dreams.

My mother holding my hand, I went through a curtain into a dark, out of which came explosions and screams, voices shouting things I did not understand. In a rectangle of light—which grew and shrank according to how close or far away I thought it—men with scared eyes peered over the top of a big hole they were in. Helmets weighed down their skulls. Their cheekbones were black. The men ran, clutching guns, and fell, and crawled.

The explosions rolled them screaming on the ground. I saw the undersides of their boots. Their faces and hands were not flesh-color. Everyone wore the same outfits. The color had gone out of the world. I stumbled tanglelegged into my mother's skirt and the curtain and screamed with the soldiers. Suddenly they were all gone like a dream, and I was crying in the street. Years later I figured it had only been a movie, a war movie, an old sepia-tone. "Did you take me to an American movie when I was a baby?" I've asked. Usually my father took us to American movies, my mother to Chinese movies, where she could visit with friends during the boring parts, and children played and shouted without getting ejected. MaMa said, "You cried so much that the usher ghost threw me out of the theater." I worried about making her waste money on a ticket, and so she diverted me from the actual horror—I had seen a vision of war. . . . from her.

So that was how babies were born. Our room turned white, and through the window flew a white Christmas card like a dove and landed on the floor. It had fluttered in the air. Forgetting about what we had seen through the cracks, my sister and I picked up the card. It was very beautiful with snow and sparkles. "There's no envelope," we said. "No stamp. No name. No mailman. How could it come through the window?" I checked the window; someone must have snuck up to the open window and thrown the card in. But screen and glass were shut tight against the winter. "You saw it too, didn't you?" my sister and I asked each other, our brother only about a year old and no help. "Yes, it flew through the glass near here." We pointed out the pane, one of the top ones. "How did this card come into the room?" we asked when an adult entered. "The baby's born," said the adult. That baby was my brother who was born on Christmas day.

Later the adults said that they found him naked under a pine tee, but I know what I had seen: blood and a flash of white flying, a flash of flying white. . . . . One brother got married a few months before the draft exemption for married men was canceled. But one brother enlisted in the Navy and the other was commissioned as an officer in the Air Force. I drove my youngest brother to the airport in the middle of the night. He didn't want the flowers I brought; he had already refused to carry the chickens and puddings that MaMa had cooked. He was in his uniform like the middy that he wore in his baby picture. He said not to wait for him to board or for the plane to take off. "Go on," he said. "Don't wait around." So I only got to see him check his luggage. As I drove past the terminal, I saw him sitting by himself on a cement bench under a light. . . . He was assigned to a ship, an aircraft carrier.

The beams and cables of the Golden Gate Bridge swung overhead. A few people up there waved and gave the peace sign. The Bay was gray like the pewter-color rocket launchers bolted to the decks. For a frantic second the brother wanted to turn the ship around. It was like a moving island of planes and jeeps and tanks. Maybe those khaki torpedoes and silver rockets were H-bombs. Or they were flares. He didn't know what an H-bomb looked like, perhaps a cassette or a crystal chip. . . . As the ship moved toward Asia, he dreamed fiercely.

The dreams came more and more quickly; the land sent them: An army enters a city to free it from an enemy. A soldier of the rescuing army, he walks through a castle into the dungeons. Going down the stairs, he sees at face level—bodies hanging, some upside down, some brown and dried up, black hair and arms swaying, feet turning this way, then that, bodies with black hair in their middles, corpses with sections missing and askew, but mercifully all dead, hanging by hooks and ropes. Laundry tubs drain beneath the bodies.

The live women and children on the ironing tables, the last captured, are being dissected. It has to be a dream or a movie, he thinks, but he blinks his eyes, and the sights do not go away. He takes up his sword and hacks into the enemy, slicing them; they come apart in rings and rolls. He grits his teeth and goes into a frenzy, cutting whatever human meat comes within range. When he stops, he finds that he has cut up the victims too, who are his own relatives. The faces of the strung-up people are also those of his own family, Chinese faces, Chinese eyes, noses, and cheekbones. He woke terrified. The live bodies he had cut up had not screamed or wept because their mouths had been gagged and eyes blindfolded. Scared awake, he looked at the underside of the rack above him and at the sleeping man across the aisle; it was only the closeness in these berths that had made him dream like that.

He went to sleep again, and another dream recurred: Armies crawl like alligators under barbed wire. They have been ordered to charge a beach like at Normandy—only the beach is as wide as the Sahara Desert or the Gobi or Death Valley. In a panic of attack all those miles, they crawl and charge for years. It is an army of burrowing animals, moles, groundhogs, prairie dogs, ostriches. Frightened by shadows and sounds, they dig deeper. Nursing cubs and kids wriggle beneath bigger animals. Turkeys burrow under one another and die in a pile. Administering first aid, he cuts open their chests and sees gross internal damage. He tries unstacking the animals, weaning them. The alligators, left arm and leg, then right arm and leg, crawl toward battle. Occasionally, a wild stallion rears up and is shot. He woke again, wondering why he should have such disorderly animal dreams when the ship was a machine. These dreams must have come from his years of poultry chores.

When he slept again, he dreamed that he was a barkless dog tied to a table leg in a kitchen equipped with a sink, oven, and operating table. Families—mother, father, and one child—are in kitchens like this all over the world. A voice comes over the loudspeaker: "Children, take up your knives; women, forks; men, spoons." Then with their arms around one another, the wife picks up the fork, and the husband the spoon. The loudspeaker says for them to kill themselves by forking and scooping. "Spoon, knife, or fork?" the loudspeaker asks the barkless dog, who knows that if he took the sharpest instrument, he would deprive someone else of a quick death.

He chooses the spoon, but is not willing to gouge himself to death. Because he is a dog and not watched as closely as human beings, he runs out of the kitchen-surgery, but outside, the shooting war has begun. He runs in and out the door, unable to decide whether it is better to commit suicide or to kill.