Write Your Novel to Be a Film by Kenneth Atchity 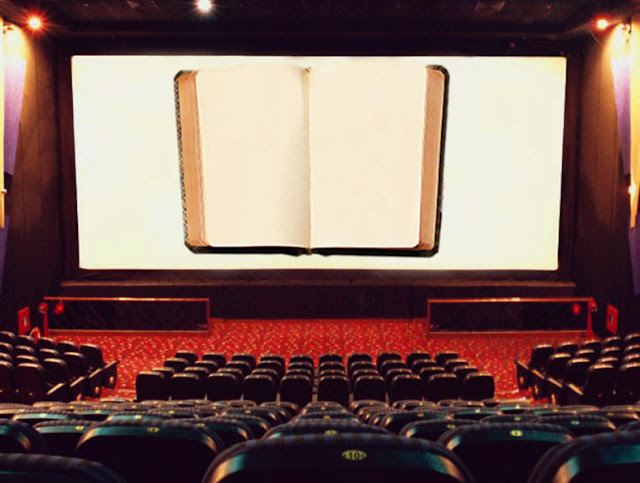 Novelists seeking representation complain that none of their books have been made into films. At any given moment, we have literally stacks of novels from New York publishers on our desks in Los Angeles. Going through them to find the ones that might make motion pictures or television movies, we — and other producers, managers, and agents — are constantly running into the same problems:

“There’s no third act... It just trickles out.”

“There are way too many characters and it’s not clear till page 200 who the protagonist is.”

“I can’t relate to anyone in the book.”

“At the end, the antagonist lays out the entire plot to the protagonist.”

“There’s nothing new here. This concept has been used to death.”

“The whole thing is overly contrived.”

“There’s no dialogue, so we don’t know what the character sounds like.”

“There’s no high concept here. How do we pitch this?”

“The protagonist is reactive instead of proactive.”

“At the end of the day, I have no idea what this story is about.”

“The main character is 80, and speaks only Latvian.”

“There are no set pieces.”

Of course anyone with the mind of a researcher can list a film or two that got made despite one of these objections. But for novelists who are frustrated at not getting their books made into films, that should be small consolation and is, practically speaking, a useless observation. Yes, you might get lucky and find a famous Bulgarian director, who’s fascinated with the angst of octogenarians, studied pacing with John Sales or Jim Jarmusch, and loves ambiguous endings.

But if you regard your career as a business instead of a quixotic crusade, you should be planning your novel from the outset to make it appealing to filmmakers.

Give us a strong (preferably male) lead who, good or bad, is eminently relatable — and who’s in the “star age range” of 35-50 (where at any given moment 20 male stars reside; a star being a name that can set up the film by his attachment to it).

Express your character’s personality in dialogue that distinguishes him, and makes him a role a star would die to play.

Have someone in the film industry read your synopsis before you commit to writing the novel.


Though I’ve observed the phenomena for several decades now, it still surprises me that even bestselling novelists, even the ones who complain that no one has made a film from their books yet, don’t write novels dramatic enough to lend themselves easily to mainstream film. It’s a well-known phenomenon in publishing that, with very few exceptions, the more books a novelist sells the less critical his publisher’s editors are of his work. So time and again we read novels that start out well, roar along to the halfway point, then peter off into the bogs of formless character development or action resolution.

A publisher invests between $25,000 and $100,000 or more in publishing your novel. A low-budget feature film from a major Hollywood studio today costs at least $40 million. There is, from a business point of view, no comparison. Risking $40 million means the critical factor is raised as high as can be imagined when your book hits the “story department” — much higher than the critical factor of even the finest publishers. Hollywood studies what audiences want by logging, in box office dollars, cents, and surveys, what they respond best to.

If you want to add film to your profit centers as a novelist, it would behoove you to study what makes films work. Disdaining Hollywood may be a fashionable defense for writers who haven’t gotten either rich or famous from it, but it’s not productive in furthering your cinematic career.

Email ThisBlogThis!Share to TwitterShare to FacebookShare to Pinterest
Labels: amwriting, Blog, Books, film, novel to film, novelists, novels, On Writing, The Huffington Post, Write Your Novel to Be a Film, writetip