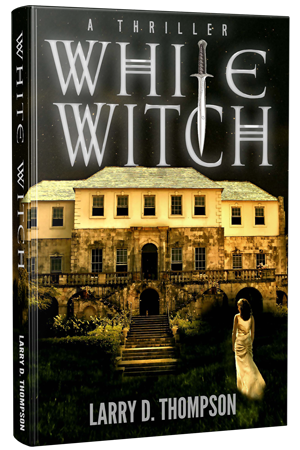 Every country has their own legends they pass down through generations, and the original story that starts each legend probably has some truth to it, but over the years the stories change slightly. The country of Jamaica was no exception, and one of their most well known legends was that of the White Witch. The legend says that she was a ruthless sugar plantation owner who lived over 300 years ago.  This White Witch instilled fear in the slaves she owned through cruelty and dark magic. The story goes that she was a priestess who could wield dark magic, and possessed a snake dagger with ruby eyes that she used to kill slaves who disobeyed.  Finally, a brave slave decided it was time to rid the world of this terrible priestess, and he killed her. Unfortunately, he lost his life in the struggle as well, but gave specific instructions to four other slaves on how to bury her body so that her soul would never return from the grave. However, these men were spooked by the recent events and did not follow his instructions, and legend has it because of that the White Witch has been free to haunt the island ever since.

Meanwhile, the slaves began to create a community in the rainforest, calling themselves Maroons. Over the years they fought off the Spaniards and then later fought against the British. Using guerrilla warfare tactics, the Maroons were successful in their efforts and the British began to realize that fighting the Maroons in the jungle was a losing battle for them, and they were not truly interested in the rainforest anyway. A treaty was struck between the Maroons and the British saying that the Maroons owned the land, and they would have control of it for as long as they wish. Now, 300 years later a mining corporation is threatening to build a mine in the middle of this Maroon country, and it may be time to fight for their land once again.

When Will Taylor came to Jamaica he had no idea about the stories surrounding the White Witch legend - he was there to do his job and that was it. He was hired as head security for a large mining company call Global American Metals, and it was his job to make sure all employees of this company stayed safe. With the background of a Navy Seal, he was ideally suited for this job and did it well. However, when he arrived on the island he could not shake the feeling that this job would be much more difficult than originally thought.

His intuition turned out to be right as within a couple days of being there a Global employee was found dead, and it appeared to be no accident, it was murder. Whisperings that the White Witch has returned spread through the island, but Will did not believe in this superstitious talk. He knows there is a living, breathing human who is behind the murder and he plans to discover the truth. As he begins to look for clues, he realizes he is a little out of his element.  Soon another employee is found dead, but still there are no leads on the murderer. Before it is over Will gets some much needed help from a local Maroon and comes face to face with the dagger of the White Witch.

This book put together such a wonderfully entertaining array of characters that I found myself loving every page.  It was more than just a murder mystery - it also had action, superstition, and romance that were all beautifully combined to make a great read.  Author Larry D. Thompson did a wonderful job of bringing the emotions of each character to the forefront, and I felt as if I was right there beside them throughout this story.

Quill says: White Witch combines all of the best things I love about reading!

To learn more about White Witch, please visit the author's website at www.larrydthompson.com