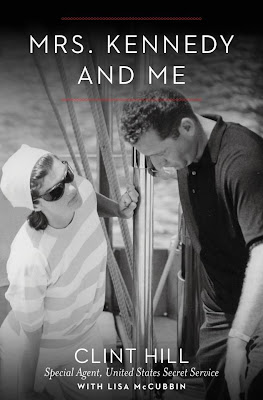 
Evocative memoir of guarding First Lady Jacqueline Kennedy through the young and sparkling years of the Kennedy presidency and the dark days following the assassination.

Secret Service Special Agent Hill had not looked forward to guarding Mrs. Kennedy. The action was with the president. But duty trumped preference, and he first met a young and pregnant soon-to-be First Lady in November 1960. For the next four years Hill would seldom leave her side. Theirs would be an odd relationship of always-proper formality combined with deep intimacy crafted through close proximity and mutual trust and respect. Hill was soon captivated, as was the rest of the world, by Mrs. Kennedy’s beauty and grace, but he saw beyond such glamour a woman of fierce intelligence and determination—to raise her children as normally as possible, to serve the president and country, to preserve for herself a playful love of life. Hill became a part of the privileged and vigorous life that went with being a Kennedy, and in which Jacqueline held her own. He traveled the world with her, marveling at the adulation she received, but he also shared the quiet, offstage times with her: sneaking a cigarette in the back of a limousine, becoming her unwilling and inept tennis partner. When the bullet ripped into the president’s brain with Hill not five feet away, he remained with her, through the public and private mourning, “when the laughter and hope had been washed away.” Soon after, both would go on with their lives, but Hill would never stop loving Mrs. Kennedy and never stop feeling he could have done more to save the president. With clear and honest prose free of salaciousness and gossip, Hill (ably assisted by McCubbin) evokes not only a personality both beautiful and brilliant, poised and playful, but also a time when the White House was filled with youth and promise.

Of the many words written about Jacqueline Kennedy, these are among the best.