Steve Alten Meg's Writer Explains Where The Meg 2 Could Go 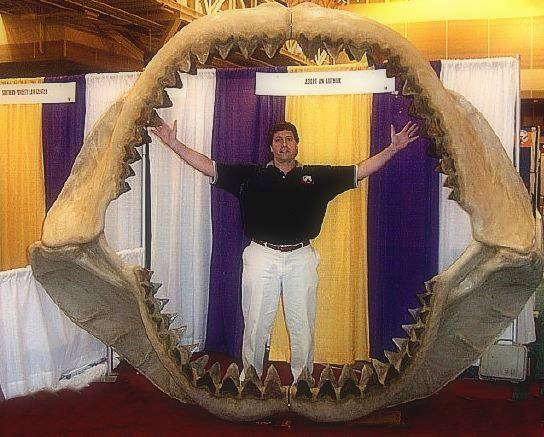 The Meg has become a somewhat unlikely global hit, which, of course, creates the inevitable question, could there be a sequel? Well, since The Meg is based on a novel, which itself has several sequels, there's plenty of material to draw from for future Meg movies. The author of the original book, Steve Alten, thinks that there is plenty of stuff in the follow-up books that would make for great follow-up movies. Now that the first movie has introduced the idea of prehistoric creatures being alive today, sequels can have fun with different monsters just the way the books have. According to Alten...

The thing about the book series is, I just finished book 6, Meg: Generation, and each book ups the ante a little bit more. So if the producers, and [producer] Belle Avery especially I know she will follow the sequels. If they follow the sequels then they won't have to reinvent the wheel. Because it takes it to new places and introduces new monsters. A lot of people like dinosaurs, and I did, too, growing up. But the sea creature monsters and dinosaurs are much more fearsome than the land creatures. There's the T-Rex, but that is pretty much all you really have on the land. In the ocean you have some amazing sea creatures, and I'd love to see them all brought back to life.

The Meg is the most recent in a film tradition of giant monster movies, and when previous films in the genre became successful sequels frequently happened. When they did, there were some obvious ways for them to work. One was to create more monsters, the other was to create bigger monsters. The book sequels to The Meg do both of these things and Steve Alten tells Metro there's no reason the movies can't follow suit.