How To Be Productive: Understanding Time, Work and Creativity by Dr. Ken Atchity 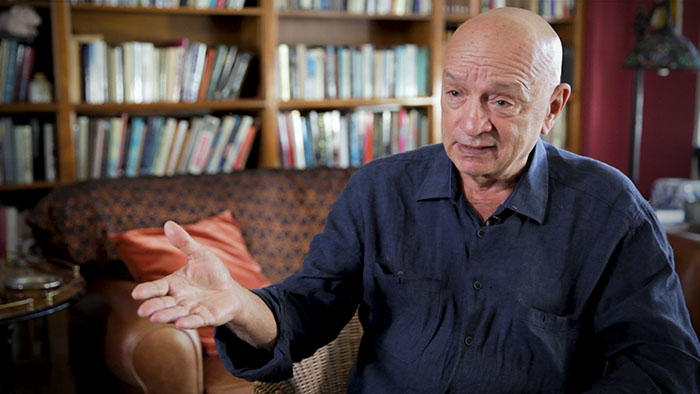 Dr. Ken Atchity, Author/Producer: Well that’s a very good question put in a very intelligent way that makes it hard to get a handle on it because time is…time doesn’t really exist. Time is a human construct, we created time. Squirrels and chipmunks don’t have much idea of time. They know that the sun rises and the sun goes down and they know that it rains but they don’t think the way that we do and they don’t keep track of their birthdays for example, only humans do that. And it’s unfortunate because you’re only as old as you think you are. And that’s the way a squirrel looks at it and nobody is arguing with the squirrel about it but humans know better.

Some people look at time as the enemy and some people look at it as a friend. There is an old Spanish saying that is “There is more time than life,” which I always thought was a wonderful way of looking at it because that is what a productive person would say “there is more time than life.” And another Spanish or Italian saying says that “Life is short, but wide.” And that’s another way of productively looking at it. Like people say “How can you do as much stuff as you do?” Well that’s because that’s what I do. I don’t do anything else. And I used to give classes on time management and do a lot of studies on it, in fact WRITE TIME is filled with time management theories. And one of the things I noticed about people was they had no idea where their time went. And they go “I don’t know where you find all the time.” And I would say “I don’t know where you lose it.”

I mean we all have the same amount of time and they go “How much time do we have by the way? How much time is in a week?” And 2 out of 10 people can ask the question right off the top of their heads because they’ve never really multiplied 25 by 7 and realized exactly how many hours there are in a week.

Everybody has the same amount of time. So what I would do in a time management class at UCLA or elsewhere is I would say let’s chart your time this week. I just want you to make a chart of what you do with your time and let’s come in and talk about it next week when we come back together. And they would come back in and that was before I asked them how many hours there were in a week I would wait for the third week to ask that question.

How much time do you spend talking on the telephone? Most people thought they maybe spent 15 minutes a day, when in fact it might be an hour a day. And watching television (of course). Some people said they were only watching an hour a day when they were actually watching three hours a day.

But a productive person knows exactly how long it takes to do something. Like when I write a screenplay or a book, I can tell you how many hours it takes to do it and so I know that I can get it done in a certain amount of time. Agatha Christie apparently wrote as many as 10 books a year. She had to use four or five pen names because she just kept writing. When you think about it writing is a function of how fast you type. Because I always say (in my writing book including that one) if you’re making a rule not to sit down to write if you don’t know what you’re going to write then you’ll never waste any time and you’ll never have writer’s block. So simply don’t sit down until you know what you’re going to write. It’s just a matter of how fast can you type. So it’s better to be walking along the beach thinking about the structure of your story then it is to be wasting a lot of time sitting in front of the computer typing stuff and throwing it away and all that stuff. Just figure it all out in your head. “Well what if I forget it?” Well guess what? If you forget it that’s probably good. You are forgetting forgettable things? You won’t forget it when it starts getting really good. Because then it will do what Faulkner said, it will start haunting you and you won’t be able to forget it and then you’ll just write it down.

William Saroyan was asked once how long it took him to write the Human Comedy because somebody had told the journalist it had took him three days and he said “No, it took me all my life to write it. It just took me a few days to type it out.”…(Watch the video interview on Youtube here).