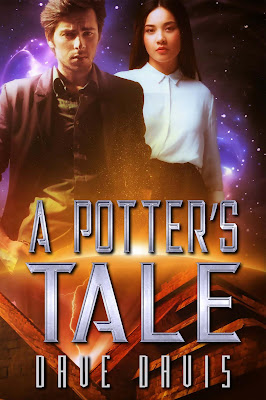 A Potter’s Tale
By Dave Davis

1935. Roz Lhulier and his team unearth the massive tomb of Pakal, the greatest Mayan king. It’s the discovery of the century, they think. They’re wrong.

Instead, deep in the pyramid that holds the seventh-century ruler, hides a primitive Codex, a book of prophecy, predicting the collapse of the solar system. Raising the question, “Does the world end?”

The codex is deciphered by Alan Turing, the genius who broke the German’s Enigma Code during WWII, but its message is jealously guarded by the Astronomers, a lethal cult inside the Catholic Church. They’ve compromised or killed anyone with knowledge of the secret—presidents and prime ministers, for starters.

The Codex pulls Noah Scott, a physician-turned reporter, and his partner Kate Chien-Forest into its deadly orbit. When they investigate the murder and memoirs of DiShannia, a highly precocious DC teenager who’s achieved national recognition for her research on the demise of the Mayan civilization, Kate and Noah are led from Washington DC, to the British Museum, to the Center for Nuclear Research in Geneva, to Melbourne, Australia. Each step enlightens them, offers them clues, frightens them. And us.

The Potter’s Tale weaves two strands of the novel—the Codex and its rich human stories—with another, creating an unsettling narrative DNA. This third strand involves the Potter, who crafts the story; who crafts the universe. And the genes that craft us all.

Does this world end? The Potter knows the answer. Noah, Kate discover it. We learn it too—on the last page. And it’s a total surprise.

AVAILABLE FOR REVIEW AND AUTHOR INTERVIEW 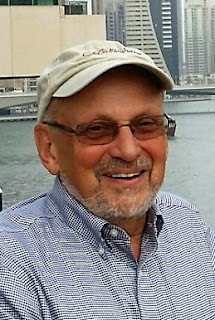 Dave Davis is a retired family physician and medical educator; a husband, father and grandfather. He divides his time between Hamilton, Ontario, Fort Myers Beach, Florida, and Dubai in the UAE. He’s published articles, newspaper columns, books. This is his first novel.

To request a review copy or inquire about an author interview, please email chris@storymerchant.com
www.drdavedavis.com

Zack from The Anuk Chronicles said...

Looking forward to another rich tale of intrigue coupled with truth mixed in with fiction.