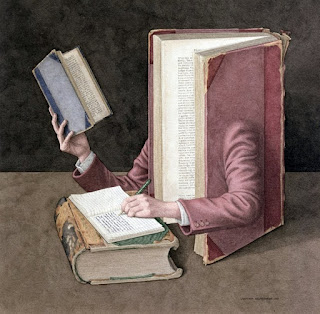 
Nothing takes the place of practice. A famous athlete once said, “If you’re not practicing, someone out there is practicing. And when he meets you he will beat you.” Writing isn’t just a talent, it’s a craft that requires the honing of skill and technique. In this chapter I’ll give you several concrete suggestions about how you can improve yourself as a commercial novelist.

A novelist’s medium is story, his form the contemporary novel. His most basic tools are character, action, setting and narrative voice. From the alchemy created by mixing these, a story emerges. Let’s examine each of these elements in turn.

Character is by far the most important element of a novel. To the extent that your readers are “on board” with your protagonist, they will stay committed to your story. An unforgettable protagonist, even if he appears complex and multifaceted to the reader, is made up of just a handful of key components:

1.) Motivation: What makes your protagonist tick? What does he want? Your character must be struggling with one of the major human drives, including love, hate, fear, anxiety, vengeance, rage, jealousy, ambition, and greed. Your readers know these drives intimately; odds are, they’ve grappled with them in their own lives. They’ll respond to them.
Identify one drove for each of your characters and develop it. The best stories take a single, profound emotion and plumb its depths through all the characters like variations on a theme in music; the worst stories skim the surface of many different human drives, leaving their readers lost, confused, and unsatisfied. A well-constructed protagonist may possess two drives that are in conflict with each other, but rarely more than this. He is driven by greed and fear, for example, so that each step toward his goal of riches increases his psychological pain. In real life, people run a gamut of emotions, explore many drives, but not in well-made fiction. The beauty of the “what if” pattern (“What if a man driven by greed was as strongly driven by fear?”) is that it allows us to isolate and explore the ramifications of action issuing from such a character.

2.) Mission: Your protagonist needs a job to do, a goal for his drive. If it’s greed you’ve chosen, you may want to be the man who aims at being the top player on Wall Street, the woman who corners the oil exploration business, the couple who want to have more than anyone else at their country club. It doesn’t matter whether the character chooses to undertake the mission himself, or it’s thrust upon him. The mission should relate directly, in one way or another, to the character’s motivation.

The mission must be involved enough and challenging enough to sustain the story for the duration of the novel. It must lend itself to challenges, both in the form of obstacles, and in the form of an antagonist.

An antagonist, by definition, is a force that works against your hero’s mission—your protagonist’s nemesis. Your antagonist will not necessarily be a bad guy—he might not even be a person at all. In Sebastian Junger’s novel The Perfect Storm, nature is the antagonist. It’s the storm itself that foils Captain Billy Tyne’s mission to come home with a boatload of swordfish. In Steve Alten’s Domain, the antagonist is the other-worldly dragon creature who rises from the bottom of the Gulf of Mexico after lying dormant for millions of years.

3.) Obstacles: Action happens when your hero struggles against obstacles to his mission. The obstacles you choose to confront your protagonist must be appropriate for him—don’t pit Bambi against the Galactic Empire. Arrange your series of obstacles in ascending order, so that the tension rises throughout your story. Your obstacles, ideally, should relate to one another in some fashion. And like all the other elements of your story, they must have a beginning, middle, and end.

4.) Relatability: If your audience can’t identify with your protagonist, they’re not going to be able to involve themselves in your story. Beginning writers often get the impression that a protagonist has to be likable. But if that were the case, we couldn’t enjoy Bill Murray’s performance as the irascible Frank Cross in Scrooged. Readers don’t have to like your protagonist. They just have to relate to him. They have to see the direction you’re pointing him in, and root for him to go there. If he’s a jerk, the audience must hunger for his redemption. You can’t help rooting for Hero’s Bernie LaPlante, even if you do want to kick him.

5.) Change: Over the course of the story, your protagonist must face his shortcoming, or his fear, or whatever it is that’s really keeping him from achieving his mission. He must grow into his ability to meet the goal you’ve set for him. In real life, human change is nebulous, messy, imprecise. In fiction, it can’t be. Your character’s change must progress in a logical, clear series of steps. See Lajos Egri’s The Art of Dramatic Writing for a thorough discussion of the steps that lead a character from state A to state B.

All the elements in your novel must support this single line of protagonist in action. This holds true as well for all the other characters who populate your novel. Whether major, minor or functional, characters only belong in your story to the extent that they serve the action line.

A minor character’s “tag” can be just about any attribute: greed, lechery, or like Sally’s friend in When Harry Met Sally, an all-consuming desire to get married. Don’t spell it out, though. If a character is absent-minded, show it in action, thought and dialogue, don’t use the phrase “absent-minded” or you rob audience of the chance to figure it out for themselves.

Function characters play an even less important role than supporting characters. They perform a single function without being involved in the main character’s motivation. They ride in at sunset to deliver the fateful telegram, then ride away again. They serve the drinks, drive the cabs, do their duties, then go upon their way. Unlike your protagonist and minor characters, they’re supposed to be forgettable.

Keep function characters simple. If you spend too much energy on them your readers will start to think they’re more significant than you mean them to be. Then when the character disappears, it will feel to your readers like you left something dangling, or worse, like you misled them.

Keep in mind that your characters are not real people but devices that you invented for the sole purpose of capturing and holding your reader’s attention. As such, it’s your primary responsibility to keep them interesting. The best way to do that is to give them, at all times, something significant to do.

Your audience wants action. The best writers don’t get wrapped up in the complex psychological machinations of their characters. They write to satisfy their readers’ expectations. Your audience wants more than anything to see how your protagonist gets out of the corners you paint him into. All you have to do to create a compelling novel is: don’t disappoint your readers!