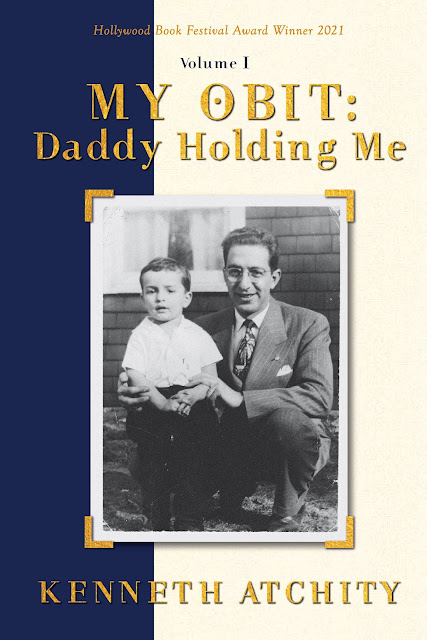 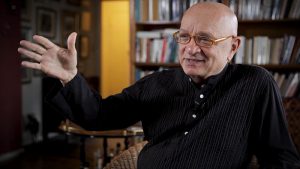 Story Merchant” Ken Atchity, head of Story Merchant Books and Atchity Productions, has more than 40 years of experience in the publishing world, and over 20 years in entertainment.

“At the prompting of a marketing friend, I was advised to title this book, My Intensely Madcap, Lebanese/Cajun, Jesuit-Schizoid, Terminally Narcissistic, Food-Focused, East Coast/West Coast, Georgetown/Yale, Career-Changing, Cross-Dressing, Runaway Catholic Italophile, Paradoxically Dramatic, Linguistically Neurotic, Hollywood Academic, ADD-Overcompensating, Niche-Abhorring, Jocoserious Obit. But when my designer pointed out that title wouldn’t fit on the spine, much less on any public display list, I changed my mind. Again! The story of my life. Which this is at least the first volume of. I hope it makes you laugh, spares you some of my grief, and leads you to insist on telling your story to anyone who will listen,” shares prolific story merchant Ken Atchity with Late Night Health’s Mark Alyn about his MY OBIT: Daddy Holding Me, Volume 1, published by Story Merchant Books, $19.95 softcover.

Prolific story merchant Ken Atchity is a writer, editor, professor, producer, literary manager who’s spent his life in the world of stories. He’s written over 20 books, produced more than 30 films for television and theater, and made hundreds of Hollywood and traditional publishing deals for his writer clients – including nearly 20 New York Times bestsellers.