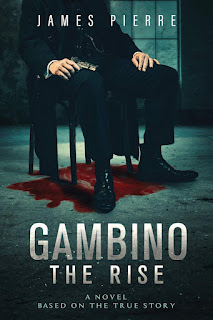 Author James Pierre has also published How Did Warren Buffet Succeed, and is nearly finished with Gambino: The Triumph, his sequel to the Gambino saga. He was born and raised in Brooklyn where he witnessed as a teenager a Mafia hit that led him to a lifetime fascination with the Gambino family.