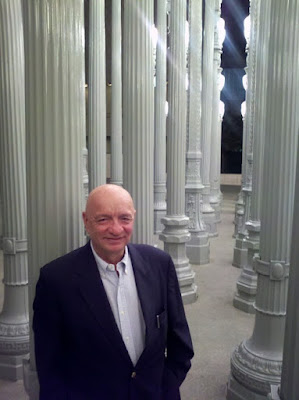 Get 1-on-1 coaching on crafting your own memoir after the success of his own, My Obit: Daddy Holding Me, from noted author Dr. Kenneth Atchity.

I play [tennis] better when I am behind – not only behind, but way behind: Love-40 is my favorite score. If I blow the next point, I lose.”
— Dr. Kenneth Atchity

An excerpt from Story Merchant Books CEO Dr. Kenneth Atchity’s autobiography, 'My Obit: Daddy Holding Me', has been excerpted in the July issue of USA Today. 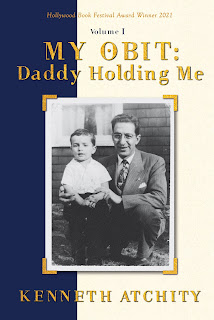 Born in Eunice, Louisiana and raised in Kansas City, Missouri, Dr. Atchity began to form this talent for self-reflective writing while attending Rockhurst High School where he was editor in chief of 'The Prep News'. After undergraduate work at Georgetown on an Ignatian Scholarship and earning his PhD in comparative literature from Yale, he served as professor and chairman of comparative literature and creative writing at Occidental College and Fulbright Professor at the University of Bologna. He was a Distinguished Instructor in the UCLA Writers Program and a regular columnist-reviewer for 'The Los Angeles Times Book Review'.

Dr. Kenneth Atchity would go on to write many books including 'The Messiah Matrix' and 'Seven Ways to Die', as well as, in his second career, producing over 30 films including 'Hysteria' (Maggie Gyllenhaal), 'The Lost Valentine' (Betty White), and 'The Meg' (Jason Statham). As the “story merchant,” Dr. Atchity and his companies have provided publishing and literary assistance to New York Times bestselling authors and screenwriters for years. His interviews on “Film Courage” have garnered over 1 million views.

Recently added to the roster of Writers Lifeline services, after the success of 'My Obit: Daddy Holding Me', is the 'Write Your Own Obituary' coaching service that allows its participants to sit down virtually with Dr. Atchity and delve into telling the story of their own lives in a satisfying, honest, and narratively fulfilling way.

To sign up for the 'Write Your Own Obituary' coaching service, either visit The Writers Lifeline website or email atchity@storymerchant.com.

“Keep trying anyway because the trying itself is enough to give you a feeling of control and self-respect. Doing our best is the best we can do – and self-respect is the most solid foundation for hope, which keeps us going.”

– Dr. Kenneth Atchity in My Obit: Daddy Holding Me.

My Obit: Daddy Holding Me by Dr. Kenneth Atchity is available on Amazon

To request a review copy or inquire for an interview with author, please email atchity@storymerchant.com

Dr. Atchity’s company, Writers Lifeline, Inc., offers several personal 1-on-1 coaching services that cover topics like Dealing with Your Creative Mind and Getting Your Story Straight. Respectively, the two services delve into artistic self-improvement and the comprehensive development of a writer’s written project with an eye for a strong structure, characters, and marketability.