The Meg 2: Everything We Know So Far

The 2018 giant shark movie starring Jason Statham has a sequel on the way this year. What should fans expect from Meg 2: The Trench? 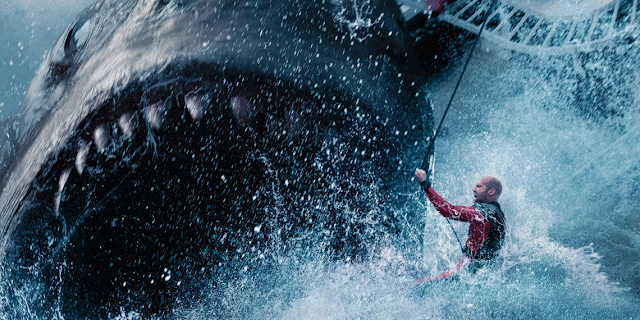 One would think that the world has enough movies about shark attacks, but every once in a while, a decent take on the idea hits the big screen. Though it took ages to come out, The Meg was a massive financial success, leaving fans assured of an upcoming sequel. That sequel, Meg 2: The Trench comes from a new director with the same giant shark action.

The Meg came out in 2018 and earned $530 million on a $130-170 million budget. It didn't fare very well with critics, but it performed well above expectations at the box office. It secured Jason Statham the best opening weekend of his career outside a big franchise. With that level of success, the sequel became inevitable.

In 1997, Steve Alten wrote Meg: A Novel of Deep Terror. It was reasonably successful, at least enough to warrant six sequels with a seventh on the way. Immediately after the release of the book, Disney moved in to acquire the rights. The pitch was obvious, capitalizing on the twin blockbuster hits of Jurassic Park and Jaws. The phrase "Jurassic Shark" was thrown around with abandon. Tom Wheeler, the showrunner of NBC's The Cape, took the first crack at the screenplay and was promptly fired for his efforts. Indiana Jones and the Last Crusade screenwriter Jeffrey Boam suffered the same fate. The film came close to creation in 2005 with Speed and Twister director Jan De Bont in the director's chair. This iteration of the film went down in flames, leaving the adaptation of Alten's novel in development hell. A decade passed before The Meg reared its massive head again, originally with Eli Roth of all people in talks to direct. Roth was replaced with National Treasure director Jon Turteltaub, who finally brought it to the screen.

The production of Meg 2: The Trench frankly can't be as troubled as that of its predecessor. Handily outpacing the first film's 21-year schedule, Meg 2 will drop on August 4th, 2023, almost exactly five years after the first film premiered. Warner Bros., who snagged the rights to the novel in the long shuffle, has been angling to make this into a big franchise. Ditto Steve Alten, who believes his novels have the makings of a multi-billion-dollar media empire if the filmmakers play it right. Executive producer Catherine Xujun Ying started talking about the sequel only three months after the first film's release. Filming began in February 2022, with Statham and the screenwriting trio of Dean Georgaris, Erich Hoeber, and Jon Hoeber returning to the project. Composer Harry Gregson-Williams will also be returning, after writing music for films like The Last Duel and House of Gucci in the intervening years. Unfortunately, not everyone made it back for the sequel.

Director Jon Turteltaub has not signed on for Meg 2. In his place is English director Ben Wheatley. Wheatley's best-known film is almost certainly High-Rise. The 2015 adaptation of J. G. Ballard's 1975 novel wasn't a big hit at the box office but was well-received by critics and audiences. The following year, Wheatley directed the hugely underrated action-comedy film Free Fire. It's essentially a single protracted gunfight with all the grounded aspects of real-world gun violence maintained and dutifully mocked. Wheatley is an interesting director who hasn't had massive financial success yet. Meg 2 could be a chance for him to flex his creative muscles with a budget behind him and earn some real attention for his talents.

Very few members of the cast will be returning for Meg 2. Statham is back, but almost every other principal character is left in the past. Cliff Curtis's James "Mac" Mackreides returns alongside Statham's Jonas Taylor. Though most of the characters will be changing, not much about the plot is known. Examining the novel, the story follows paleobiologist Jonas Taylor as he continues his research into the eponymous megalodon shark. Along the way, he discovers a second nightmarish ancient beast, the Kronosaurus. Fans of the first film can expect a massive crocodile-like reptile to join the massive shark in the next adventure. For his part, Alten has commended the much darker tone of the sequel and even mentioned the possibility of a hard R-rating. The first film wasn't exactly a comedy, but the idea of a darker spin on a fun creature feature would be a substantial change.

With an interesting new director and a surprising change in tone, fans of The Meg might find themselves enjoying a totally new experience with the sequel. But, with Jason Statham in the starring role and the eponymous super-shark still dominating the sea, they'll likely still be more than happy to jump in. If The Trench is as big a hit as its predecessor, there might be a new Meg movie every few years for the next several decades. Meg 2: The Trench will surface and open wide on August 4th, 2023.