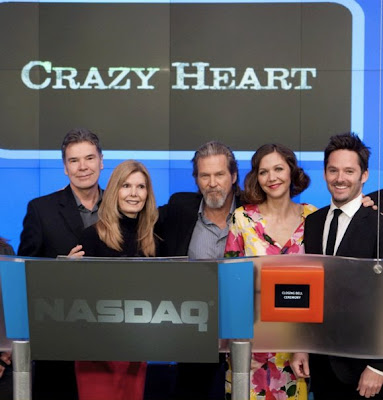 May 4 (Bloomberg) -- Sarah Ruhl wrote a Broadway play about Victorian vibrators. Now the same buzz will be heard in a Hollywood movie.

“It’s a romantic comedy in the vein of ‘Shakespeare in Love,’ with a little bit of ‘The Full Monty’ thrown in,” said producer Judy Cairo, whose “Crazy Heart” won an Oscar for star Jeff Bridges.

Husband-and-wife Stephen Dyer and Jonah Lisa Dyer sent Cairo the script for “Hysteria” following the success of “Crazy Heart.” Filming is scheduled to begin this summer, with a cast including Rupert Everett and Jonathan Pryce.

With major studios focusing on potential blockbusters, Cairo said, her Informant Media can concentrate on smaller movies with budgets ranging from $6 million to $12 million.

“We think there’s an opportunity for people like us who are interested in making movies for adults,” Cairo said in a phone interview.

“Crazy Heart,” featuring Bridges as an aging country music singer, cost $7 million and generated $43.6 million in worldwide ticket sales, according to Box Office Mojo. The DVD will be released April 20.