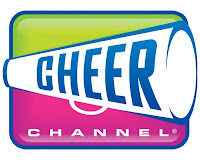 It may sound silly to some casual sports fans, but anyone who has been around a youth sports events, or even a high school or college event, can understand the pervasive presence of cheerleaders. The young girls man the sidelines at Pop Warner or CYO games, the dance teams are becoming an even larger presence at higher levels, and even internationally what many people scoffed at as a vanity play for preppy girls years ago has become its own cottage industry. From cutesy cheers to sexy and seductive dances and everywhere in between, cheerleading and dance, and all the camps, costumes and hours of practice that go along with it even in a challenged economy, is growing to the tune of $4 billion dollars a year.

Yet for all its growth, presence and appeal, the "sport" of Cheerleading and Dance has never really been aggregated. Yes there are companies like Varsity, which dominate the apparel and event business, and there are event producers like the National Cheerleading Federation, which holds elite competitions, some of which make their way on to ESPN and draw decent numbers, but for the large part the sport is a series of one-off promotions, as many as six or seven every weekend of the year around the world. That is until now.

Enter the Cheer Channel, which launched online May 14 and may quickly find a digital home in select cable systems around the country and on satellite.

The Cheer Channel is the brainchild of Cindy Villareal, a former Miss Texas and Dallas Cowboy cheerleader who has run a marketing company in Austin and has been involved in the business of cheerleading her entire life. While running marketing with the NCF, Villareal realized that there was no way for brands to consistently reach a market of over 14 million girls and boys, not to mention their parents, effectively and consistently, especially across a multitude of platforms. Brands could engage at one-off events or sponsor competitions, but they could never reach a critical mass for activation of products, a mass which has a devotion and passion for the sport akin to what the NASCAR experience is like. The Cheer Channel will aim to give brands that critical mass both online, through live streaming of competitions, video segments on training, preparation and lifestyle, and featured vignettes that capture the stories of those in the sport each week. Unlike elite programs, Cheer Channel will feature regional events from young competitors to the most senior international competitions, all housed in one place. Additionally, Cheer Channel has developed marketing and branding relationships with over 30 international federations as well as almost 100 key geographic competitions in the United States and Canada, none of whom ever did any extensive brand marketing before.

To help streamline and oversee production, Villareal brought on Lance Robbins as President. Robbins, a longtime television executive who helped launch a host of entertainment shows and properties at Fox, ABC Family and other stops will oversee many of the video integration elements of the portal, while sports television production veteran Sandy Grossman will ensure that the streaming events are broadcast quality. If launch and the rollout goes according to plan, an efficient marketer looking to reach an international aggregate demo of young girls and their families with product placement, sampling and field marketing, not to mention brand integration in video both live and taped, will be able to start a large scale engagement by the time football season kicks off in late summer.

While it is true that many, many niche networks have tried to harness the aggregate power of their sport and have failed to get off the ground (The Skating Channel etc.), the Cheer Channel is taking a different tact, embracing a digital space of young first adopters before venturing out into digital TV. Cheerleading and dance also has the advantage of being a niche that has few barriers to entry from an initial cost standpoint, and has no real season, with a multitude of competitions going on year-round, not to mention the sideline activities in virtually every hamlet across North America during football and basketball season.

Is there some stigma associated with the perceptions of cheerleading?

Visions of dolled up little girls traversing the country in the hopes of fame and fortune by stage parents are still out there, as well as the sexed up images of dancers and cheerleaders on the professional level and the always-present stereotyping of young girls who are bullied because they can't compete. However every niche sport, like any aspect of our society today, has its excesses, and there is no doubt that cheering is as ingrained in the American sports culture as any activity that compliments the games we play and watch.

If the Cheer Channel can aggregate all those powerful yells and cartwheels and bring their parents along, brands may have found a great new marketing platform.